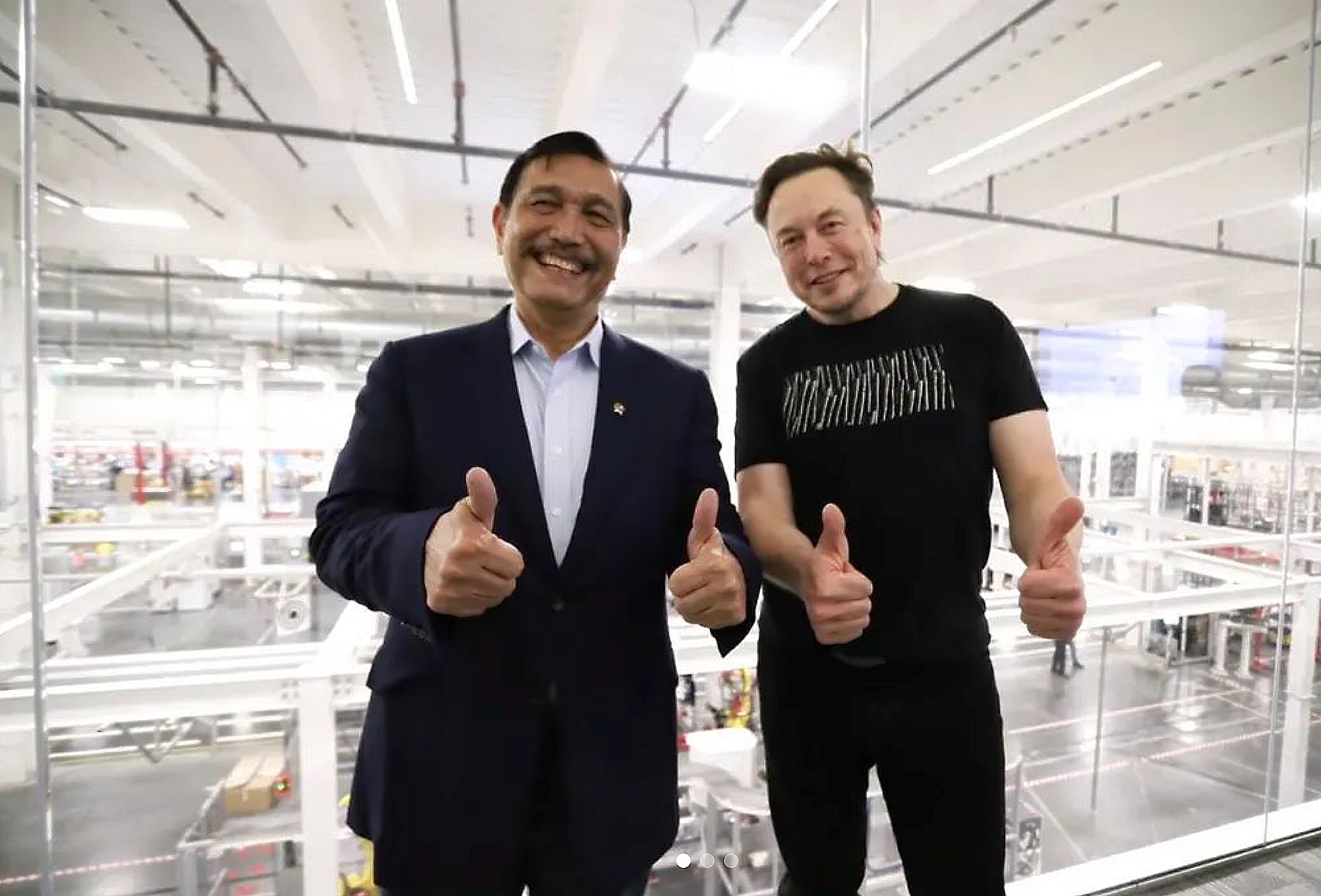 Tesla representatives traveled to Indonesia last week to discuss nickel production at a hub in the country, according to a report from Reuters. The reps, who have not traveled back to the United States yet, were confirmed to be in Indonesia to visit the nickel plant by Luhut Binsar Pandjaitan, the country’s Coordinating Minister of Investment and Maritime Affairs.

“They will visit Morowali. They are very satisfied with the data they have received so far,” Luhut said.

Luhut met with Musk in April to discuss Indonesia’s nickel mines at Tesla’s new Gigafactory Texas facility outside of Austin. “I did not expect to be greeted so cordially and cordially by the CEO of Tesla, Inc. Elon Musk, at the Tesla Giga Factory in Austin, Texas,” Luhut said in an Instagram post. “This is indeed the first time for Elon and I to meet, but actually, our communication has been established for the past two years. For about an hour, I conveyed the potential raw material for electric vehicle batteries, which we are currently exploring through the mineral downstream program.”

Nickel has become an extremely high-demand material as electric vehicle battery production has started to increase across the automotive industry. Now that so many automakers are developing EVs, the supply of battery materials is where many companies are beginning to look to develop their own cells, along with buying others from suppliers. Nickel is becoming a crucial plan for so many car companies who are scrambling to develop different cell chemistries to cater to different range ratings and performance needs.

Tesla has signed several nickel deals, including one late last week with Vale SA, which operates a mine in Indonesia. The material will be crucial for the development of Tesla’s 4680 batteries, which are the automaker’s most high-tech cells and are being put in Model Ys built from its new Texas plant.

Indonesia, on the other hand, is working to develop a full domestic supply chain for nickel, which will eventually lead to chemical extraction, battery manufacturing, and electric vehicle production. The country’s economy, which is the largest in its region, struck several multi-billion dollar deals with South Korean and Chinese companies keen to take advantage of Indonesia’s large nickel resources.

The exact time and date of the meeting are still unknown, but President Widodo is set to be in Washington this week for a summit of Southeast Asian leaders.