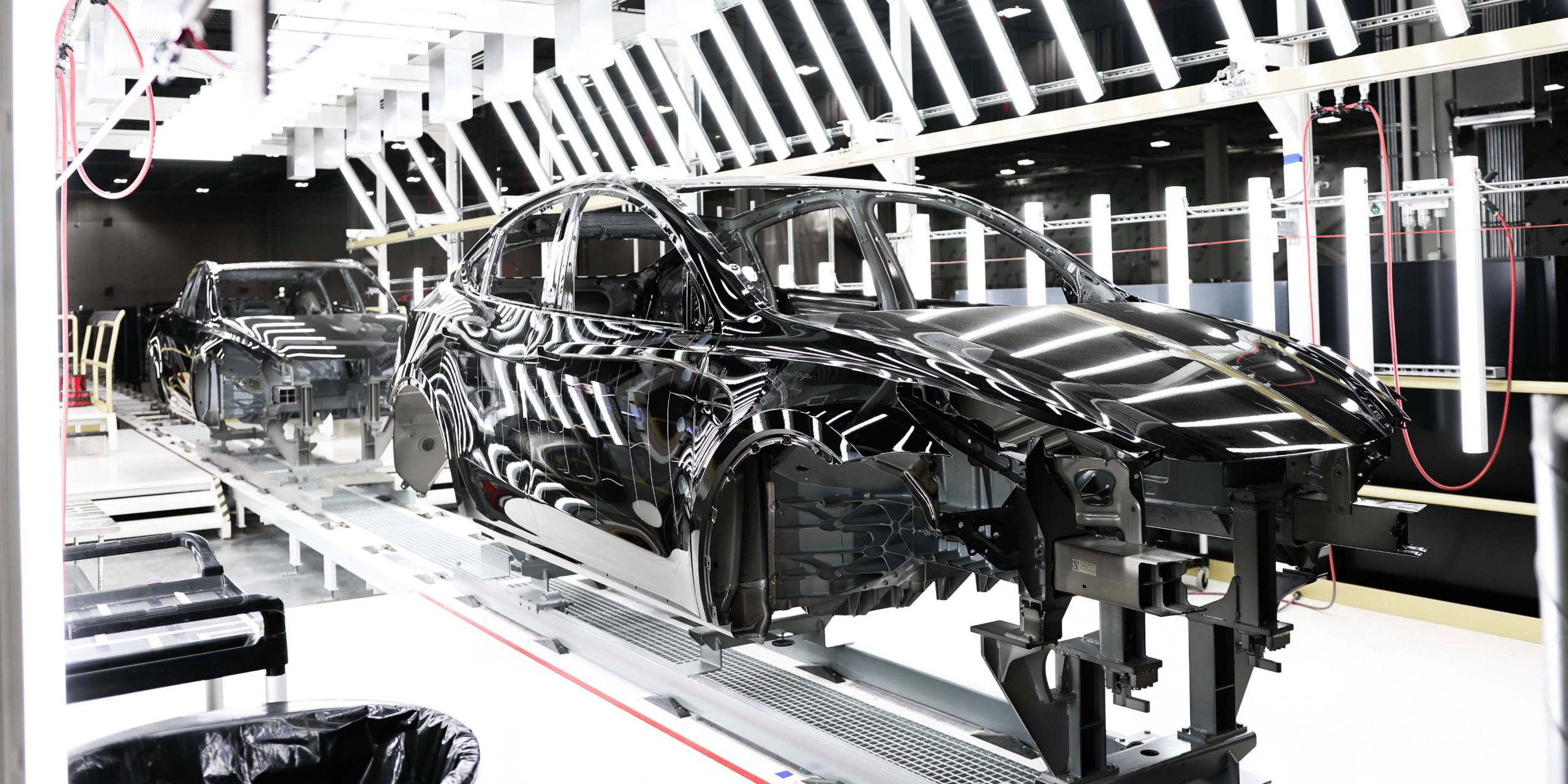 Tesla said in its Q1 2022 Shareholder Deck that it anticipates Model Y vehicles built at its new Gigafactory Texas production plant to equip both 4680 battery cells with a structural pack and 2170 cells without structural packs.

Tesla confirmed at its Cyber Rodeo event at Gigafactory Texas that the initial builds of the Model Y crossover from the plant, which is located just outside Austin, would equip 4680 battery cells. The 4680 battery cell is Tesla’s in-house battery chemistry which was unveiled at Battery Day in late 2020. The 4680 cell chemistry offered more power, range, energy, and a longer lifespan compared to the older 2170 battery cells that it uses in the Model 3 and some Model Y vehicles.

The 4680 battery cells were also unveiled with Tesla’s structural battery pack, which increased manufacturing efficiency and vehicle safety by increasing rigidity. The 4680 cells are coupled with the structural pack to create Tesla’s most advanced vehicle design yet, with fewer parts to increase manufacturing rates at its factories as demand increases.

While the 4680 cell is more advanced and is Tesla’s newest bit of battery technology, it is still working to ramp production of the cell. It announced in January it had manufactured its one-millionth 4680 cell at its Kato Road battery facility near the Fremont Factory in Northern California, but this was only enough for roughly 1,400 vehicles, according to some estimations. Tesla did include the 4680 cells in initially delivered Model Ys from Austin, just as it outlined in the Q4 2021 Earnings Shareholder Deck.

However, 2170 cells, which Tesla receives from suppliers like Panasonic, are in plentiful supply and still offer plenty of range and power. A strategy to adopt a wide range and availability of cell chemistries and designs, which offer different ranges and power outputs, is crucial for Tesla as it is still battling supply chain bottlenecks and parts shortages.

“Challenges around supply chain have remained persistent, and our team has been navigating through them for over a year,” Tesla said. “In addition to chip shortages, recent COVID-19 outbreaks have been weighing on our supply chain and factory operations. Furthermore, prices of some raw materials have increased multiple-fold in recent months. The inflationary impact on our cost structure has contributed to adjustments in our product pricing, despite a continued focus on reducing our manufacturing costs where possible.”