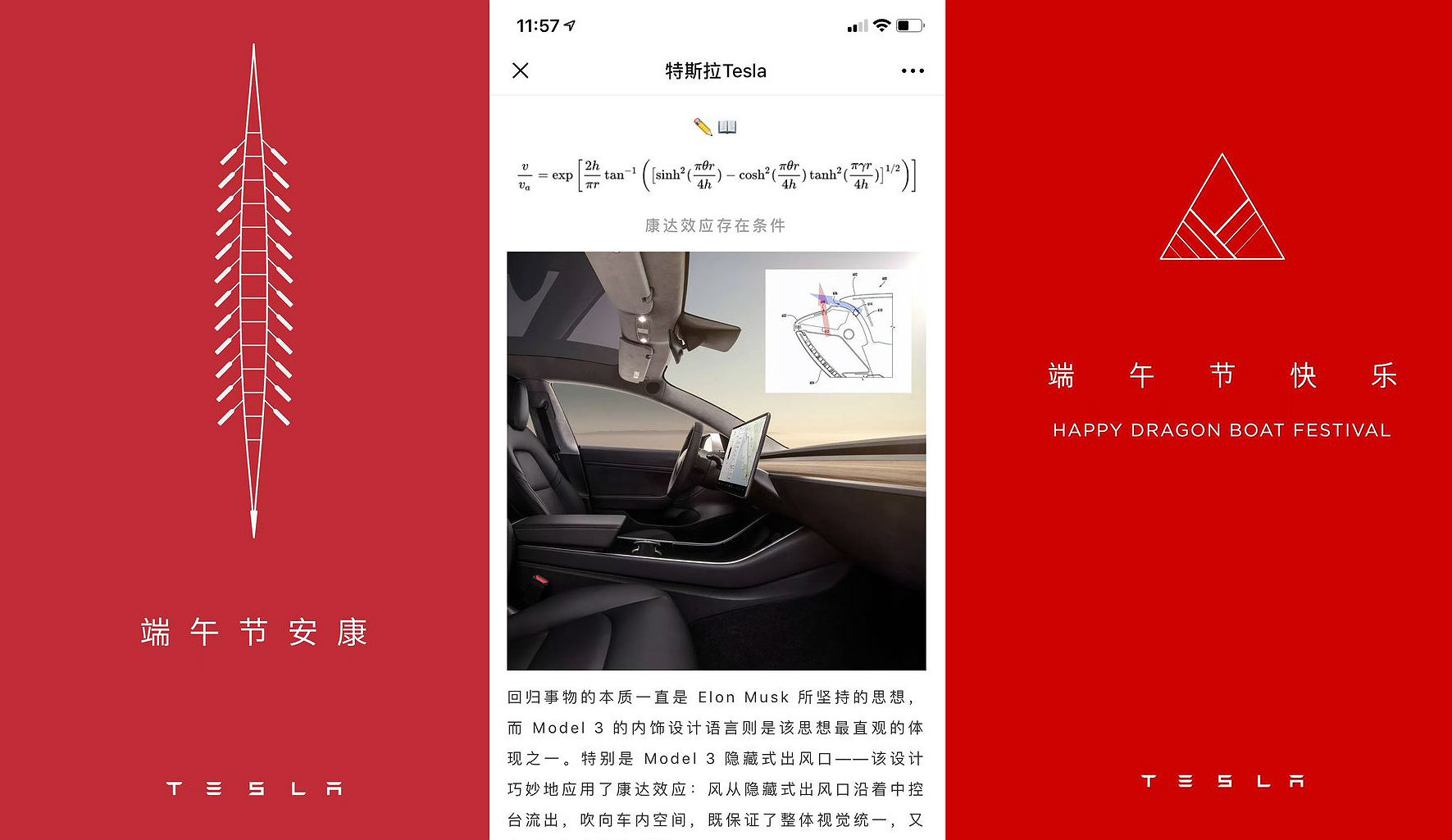 On the heels of the near-completion of Gigafactory 3’s factory shell, Tesla appears to be setting itself up as an electric car maker that is down-to-earth and respectful of China’s culture. As Tesla joins China in celebrating a national holiday, reports have emerged pointing to machinery in Gigafactory 3 already being set up inside the facility.

China recently celebrated its Dragon Boat Festival, a national holiday that is largely connected to the death of Qu Yuan, one of the country’s most notable poets who was accused of treason by the ruling class. Legend states that the poet committed suicide by drowning instead of allowing himself to be captured by the authorities, but his body was saved after locals raced out in boats (hence the Dragon Boats) to scatter rice in the water, preventing fish from desecrating his corpse.

References to this legend were present in greetings that Tesla sent out to everyone on the company’s mailing list in the days leading up to the national holiday. One poster, in particular, featured the unmistakable figure of a Dragon Boat, while another resembled the sticky rice dumplings that are eaten to celebrate the holiday.

Also notable was Tesla’s initiative to tap into the younger Chinese demographic. This Friday and Saturday, China is holding its national college entrance examination called the Gaokao, which is widely considered as one of the toughest tests in the world. Considering that the scores of students taking the Gaokao all but determine their chances at higher education (such as where they are allowed to study or what courses they could take), high schoolers are known to face a ton of stress when preparing for the nationwide test.

In the days leading up to the Gaokao, Tesla shared a number of fun Physics reviewers on Chinese social media, giving students a refresher on concepts that are relevant to the company. While these campaigns might seem minor to territories outside China, such a strategy all but ensures that Tesla becomes a familiar brand to the country’s teens, who will be the nation’s car buyers in a few years.

Tesla’s recent gestures all but suggest that the company is taking careful steps to ensure that it immerses itself in Chinese culture without making any missteps. China is a substantial market for automobiles, and other, more established companies have made mistakes of their own in the past. Mercedes-Benz, for one, simply entered China under the brand name “Bensi” (a direct translation of its Western name), only to realize later on that the name they chose literally meant “rush to die.”

Peugeot ended up committing a notable blunder as well, naming itself “Biāozhì” in China. The name generally translated to “beautiful,” which was not bad, but the carmaker ended up neglecting the fact that in some areas of the country, the word “biǎozi” was the word for “prostitute.” This resulted in Peugeot becoming the subject of immense ridicule online.

As the country celebrated its Dragon Boat Festival, work in Gigafactory 3 seemingly continued as well. As noted by China-based Tesla owner Dennis Chang, who visited the Gigafactory 3 site at night, machinery was already being set up in the facility’s interior. Workers at the factory have reportedly noted that initial operations are set to begin sometime in August at the earliest.

Gigafactory 3 has exceeded expectations in terms of the speed of its buildout. When Elon Musk participated in the facility’s groundbreaking ceremony in January, he noted that he expects Model 3 production to start at the end of the year. Considering the speed of the facility’s buildout so far, Musk’s timeframe might actually end up being conservative.