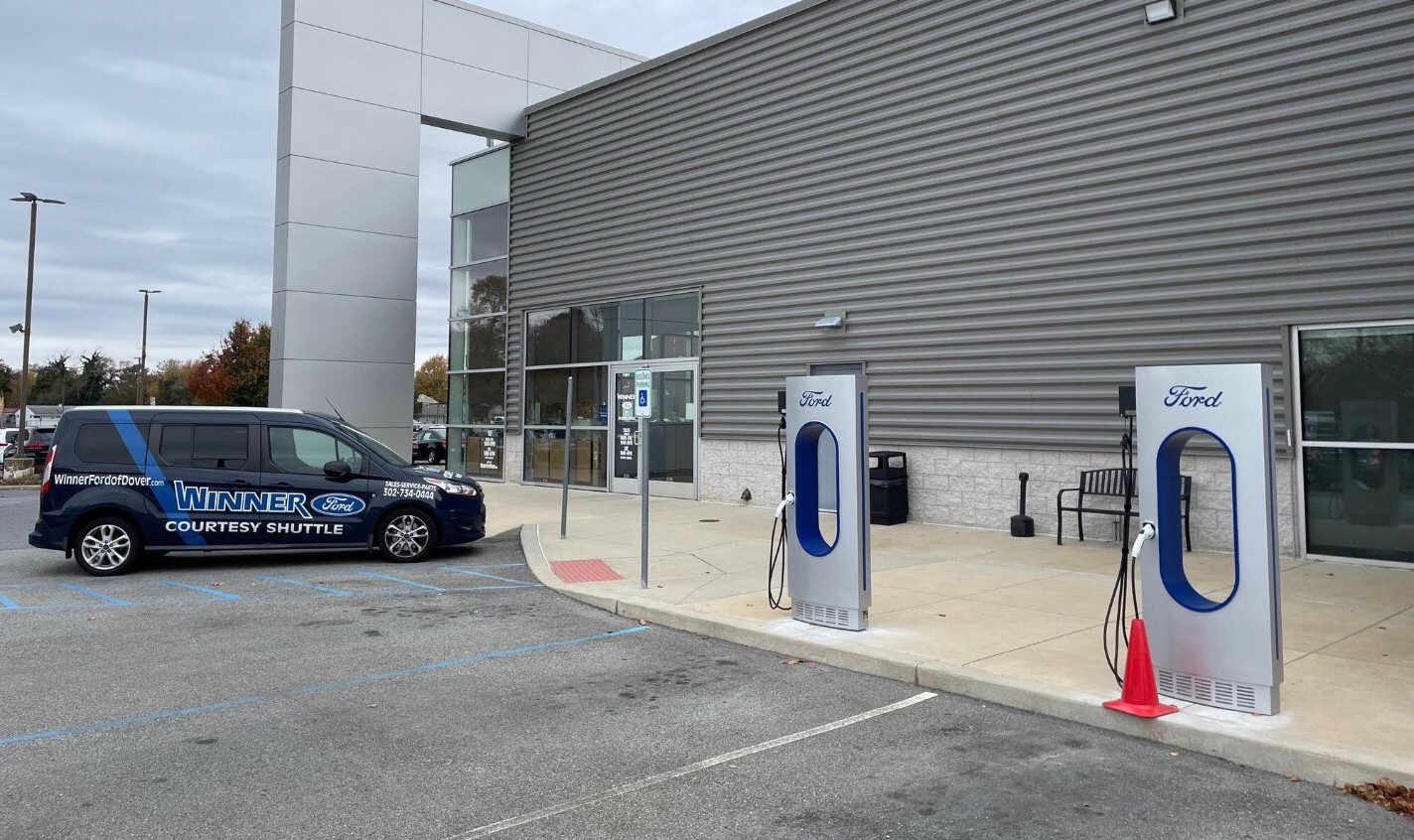 It is said that imitation is one of the sincerest forms of flattery. When done right, it could even spur innovation. Just look at how the smartphone market evolved from Blackberry-style QWERTY devices to touch-based handsets that followed the template of the first iPhone. In the case of Tesla, it appears that its rapid charging Supercharger Network is having a similar effect among automakers, with several companies adopting a charger design that evidently looks inspired by the EV maker’s stalls.

A set of Level 2 chargers from a Ford dealership in Dover, DE, recently caught the attention of the electric vehicle community on Twitter. This was primarily due to the fact that the EV chargers looked extremely similar to Tesla’s Superchargers, from their overall shape to their cutouts in the middle. Interestingly enough, the middle cutout of Ford’s EV chargers seemed to be only for aesthetic purposes, as its long charging cables were stored on the side.

Interestingly enough, Ford’s EV chargers received some critique from the person who designed Tesla’s Supercharger stalls himself, Product Design Director Javier Verdura. An alumni from the Art Center College of Design, Verdura is one of Tesla’s most esteemed designers, standing side by side with Chief of Design Franz von Holzhausen. Verdura is a giant in the product design sphere, winning some of the industry’s most prestigious awards such as the Red Dot, IDEA, and Good Design over his tenure.

Being the person behind the Tesla Supercharger’s design, the executive did not mince words when commenting on the design of Ford’s Level 2 AC chargers. In a sharp critique, Verdura noted that Ford’s chargers were “disingenuous, unnecessarily large, poorly executed knock-off of our design.” This might seem harsh, but it is quite accurate. Considering that the stations are Level 2 chargers, after all, Ford could have made them far smaller and sleeker, similar to Tesla’s own L2 chargers.

While some may argue that the Tesla design executive was unnecessarily throwing shade at a competitor, such practices are not uncommon at all. Ford’s own executives throw shade at Tesla all the time. Just recently, for example, Ford North America Product Communications Director Mike Levine posted a photo of a red Ford F-150 Lightning parked in front of Tesla’s California headquarters at 3500 Deer Creek Road in Palo Alto. The image was a simple jest, though it does suggest — and highlight — that the F-150 Lightning would likely beat Tesla’s own electric pickup truck to market.