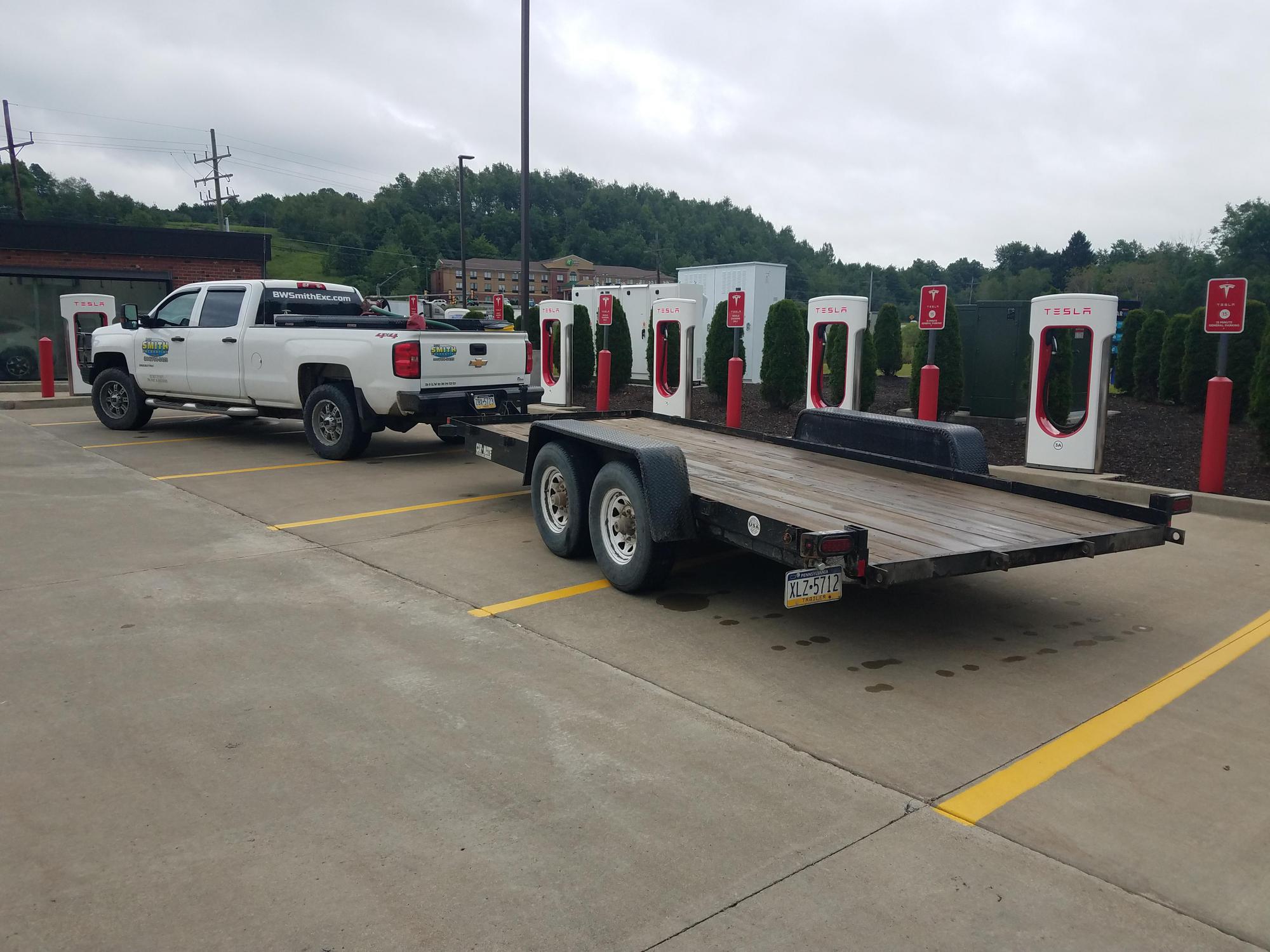 YouTube host and Model 3 owner @JeffTutorials was visiting a PA Supercharger when he came across a rather unusual sight. The Supercharger wasn’t crowded, yet, it was quite tricky for an EV owner to plug in to one of the station’s rapid-charging stalls. This was because multiple Superchargers were blocked entirely by a large pickup truck pulling a trailer.

As could be seen in the YouTube host’s image, the pickup truck driver parked his vehicle and trailer across the Tesla Supercharger, resulting in numerous stalls being blocked off. The reasons behind such a unique parking style remain unknown, of course, but if the pickup driver was aiming to block some EV charging stations, he or she was certainly successful.

It takes some creativity to block multiple Superchargers with a big truck, after all, but blocking off even more charging stations with a trailer? That’s straight up resourcefulness in action.

Fortunately, the location did not seem very busy then, which meant that few if any EV owners were inconvenienced by the pickup truck driver’s creative ICE-ing. But if such a stunt were pulled during a busy day, with numerous Tesla drivers doing long trips, then things may not have ended with a simple joke on Twitter.

What is rather amusing is that the pickup truck driver who ICE-ed several of the Tesla Superchargers was actually driving a company vehicle. And amusingly enough, a look at the logo on the pickup truck shows that the vehicle is from a company that offers “gas and oil services.” That’s downright symbolic and almost representative of the ongoing transition to sustainability in the transportation sector today, as well as the continued resistance from those that remain dedicated to the internal combustion engine and fossil fuels.

ICE-ing incidents would likely continue for some time, and they have practically become an expected part of the EV ownership experience. Fortunately, it appears that the vast majority of ICE-ing incidents involve drivers who inadvertently block off EV charging stations. One of these involved a Cars & Coffee group that ended up mass-ICE-ing a Supercharger. After apologizing for the inconvenience that its members caused, the group opted to welcome EV and Tesla owners, proving that camaraderie and possibly even friendships could result from incidents that typically cause tempers to flare.