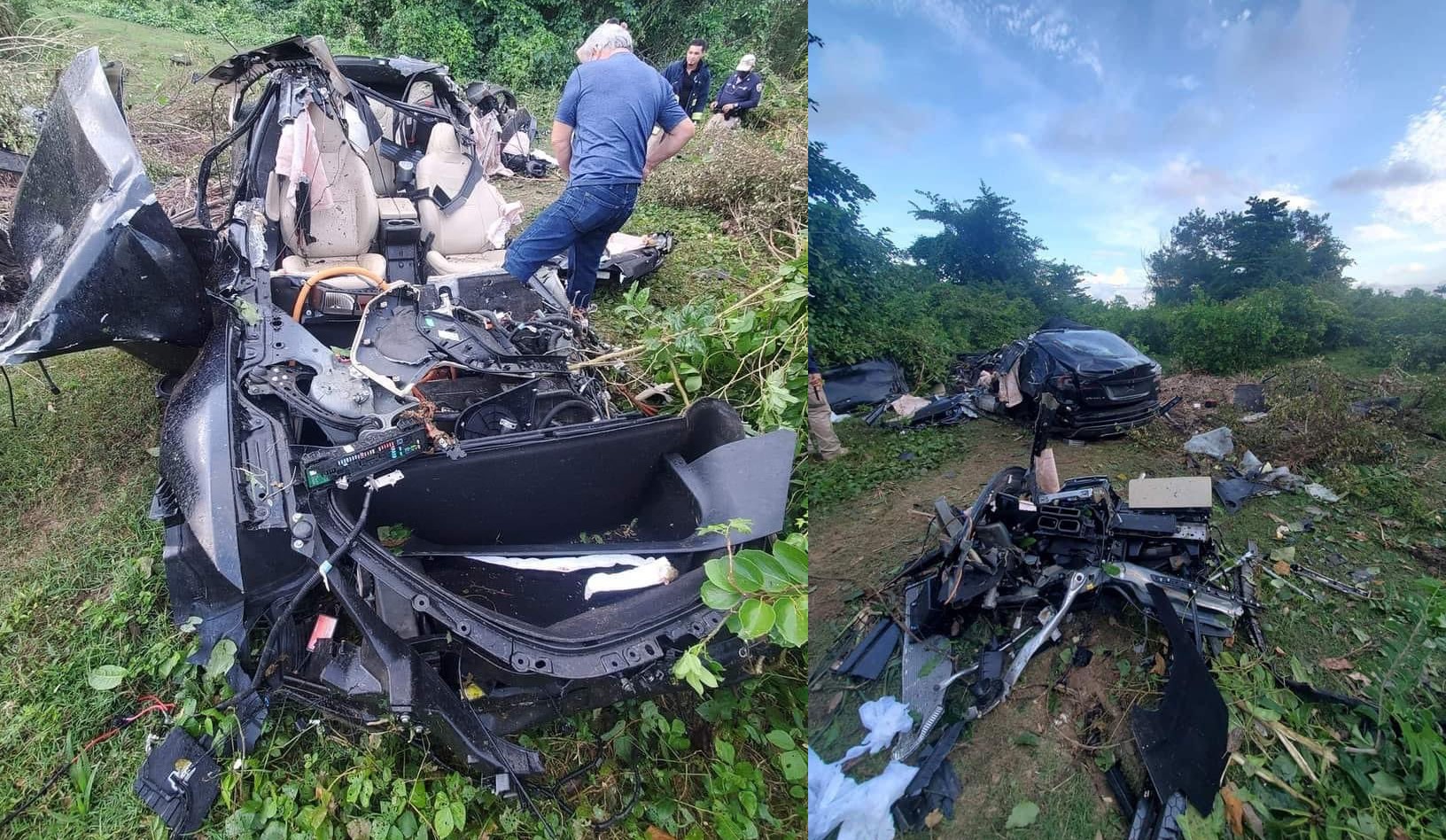 Tesla Model S falls from cliff, gets totaled; owner walks with a scratch on his arm

A recent story of a Model S P90D crash from Puerto Rico is proving to be one of the most remarkable yet. Despite the vehicle getting totaled from the incident, the driver reportedly walked away from the wreck with just a scratch on the arm. Needless to say, the crash has caught the attention of the online electric vehicle community, including CEO Elon Musk, who liked a Twitter post about the incident’s aftermath.

Photos of the Model S P90D’s wreck were shared on Twitter by Tesla and electric vehicle advocate Elias Sobrino Najul, who noted in a later comment that he personally knows the person involved in the accident. As could be seen in the images, which appear to have been taken after parts of the vehicle were taken off by emergency responders, the crash was very serious. Any car less safe than a Tesla might have resulted in something far worse than an arm scratch on the driver.

The idea of a Tesla protecting its passengers after falling off a cliff may sound crazy to some, but this has actually already happened in the past. Back in June, a Model 3 loaded with passengers was involved in a severe accident along Highway 18 between Snow Valley and Big Bear Dam in Southern California. Based on investigators’ accounts, the Model 3 seemed to be going at an unsafe speed, which resulted in the vehicle falling off the side of a mountain. The drop was 100 feet.

Despite falling off a height equal to about nine stories, and despite coming to rest vertically at the mountainside, the Model 3 was still able to protect its passengers. All four occupants of the Model 3 were able to leave the vehicle’s wreck. They were later transported to a nearby medical facility so they could get treated for minor and moderate injuries. Just like the recent Model S crash in Puerto Rico, the California incident all but proved that Teslas are extremely tough vehicles.

Teslas may look very sleek and futuristic, but they can actually take a lot of damage and protect their occupants very well. This is largely due to a lot of factors, from their heavy weight, their low center of gravity, and their substantial crumple zones due to their lack of an internal combustion engine. This became grimly evident in an incident back in 2019, when a Tesla Model S got involved in a violent head-on collision with another vehicle in Barcelona, Spain. After the frightening crash, which resulted in the person who crashed into the Tesla tragically losing his life, the Model S driver could be seen in the video getting out of his vehicle after the incident, disoriented but otherwise unharmed.

Tesla Model S falls from cliff, gets totaled; owner walks with a scratch on his arm