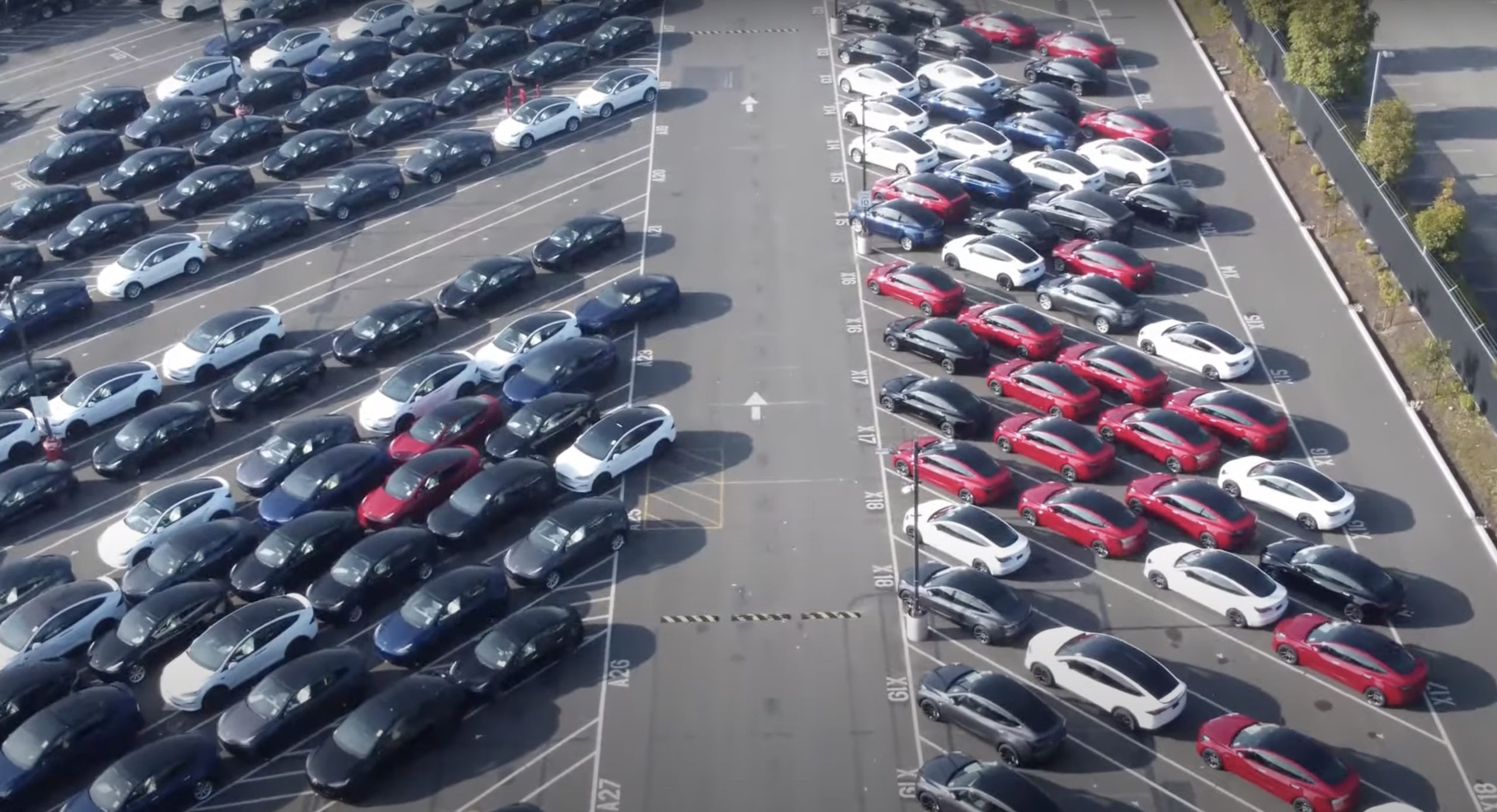 Credit: Met God in the Wilderness/YouTube

It’s the final stretch of Q4 2022, and Tesla is once more engaged in an end-of-quarter delivery push. This is hinted at in the company’s recent strategies to push more vehicle sales — such as the rollout of discounts — as well as the strong stream of vehicles coming out of Tesla’s EV plant in California, the Fremont Factory.

While the Fremont Factory is not specifically designed for Tesla’s vehicles like Gigafactory Shanghai, Giga Berlin, and Gigafactory Texas, it is still a formidable car plant in its own right. This is one of the reasons why Bloomberg data indicated that the Fremont Factory stood as the United States’ most productive auto plant in 2021, outpacing 70 other facilities across the country.

In a drone flyover of the Fremont Factory on the morning of Christmas Eve, one could see that the Fremont Factory was abuzz with activity. Large numbers of vehicles could be seen around the complex, and the plant’s staging area was filled with electric cars. Car carrier trucks were also busy loading and transporting the EVs from the site.

While the Fremont Factory is already the United States’ most productive auto plant, Tesla is still putting a lot of effort into ensuring that the facility gets even more optimized. A sign of these efforts could be seen in November, when Tesla reportedly brought in a team of about 200 people from Giga Shanghai to help the Fremont Factory optimize its operations.

The assignments of the foreign staff, which were reportedly comprised of automation and control engineers, will last three months. If the reports were accurate, then the team from Giga Shanghai is likely still in the Fremont Factory this month.

Teams from Tesla China did not only help out the Fremont Factory. As per previous reports, the EV maker has also brought in a team led by Tesla China boss Tom Zhu to Gigafactory Texas. The team is reportedly tasked with helping the facility prepare for Cybertruck production. The Cybertruck is one of Tesla’s most anticipated products, and CEO Elon Musk has predicted that the all-electric pickup truck should start production next year.

Watch the drone flyover of the Fremont Factory in the video below.