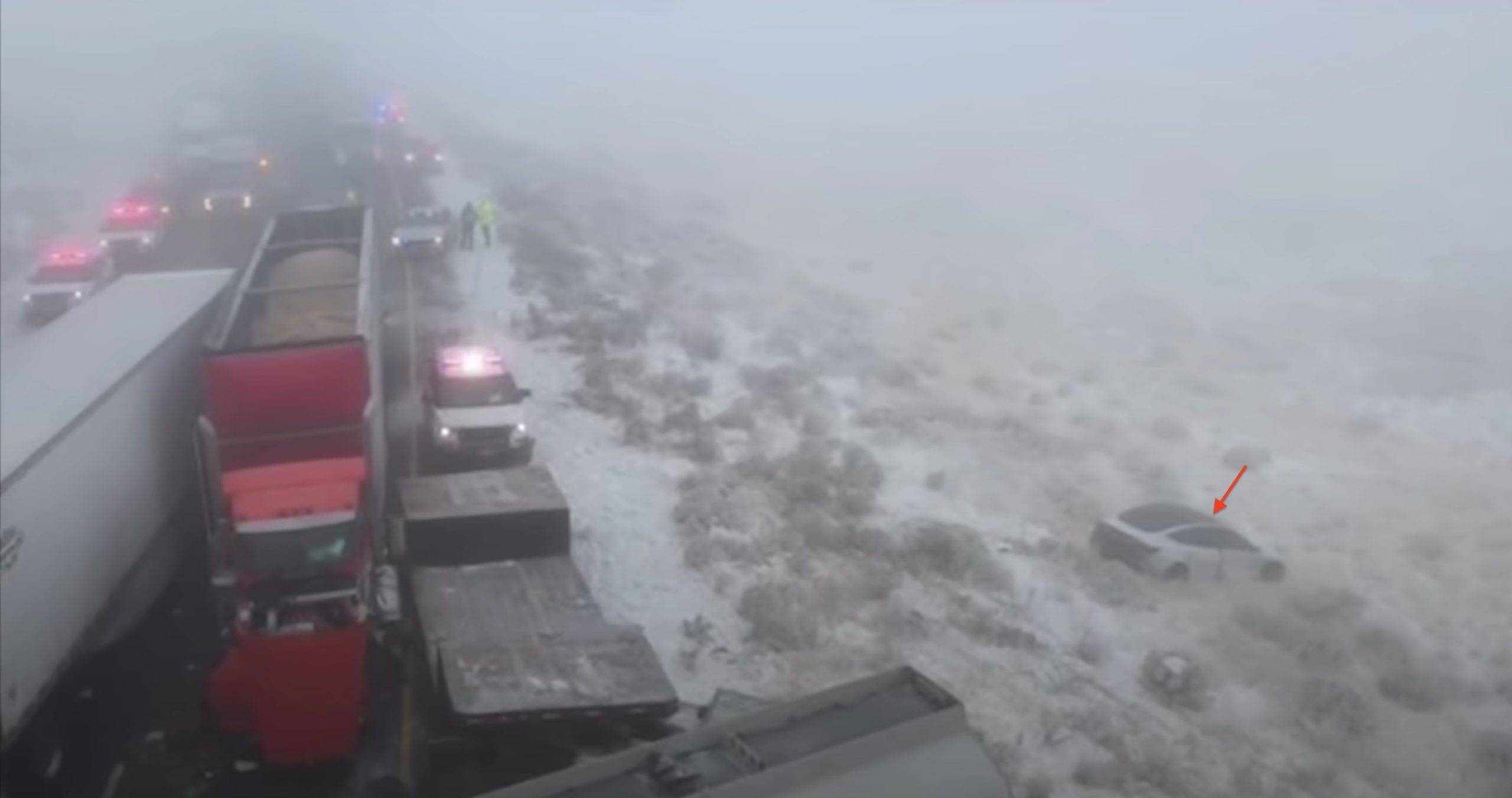 Driving on icy roads is never an easy task. There’s a small margin of error, and even a slight miscalculation could result in a serious accident involving numerous vehicles. Such an event happened near the town of Kittitas, Washington, earlier this month.

Fortunately for Tesla owner Joe Adams, he was driving his electric car  when he came upon the pileup. As noted in a Fox Weather report, the accident happened at about 5:30 a.m. near the town of Kittitas. A total of 30 vehicles, including 12 semi trucks, collided due to a layer of freezing fog. One of the transport trucks ripped open due to the crash, and an ambulance was hit as well.

Adams, for his part, was driving on the road with barely any visibility when he noticed a group of flashing lights in the distance. He stepped on the brakes, but the road was far too slippery already. Thinking fast, the Tesla owner directed his car to the median, where he avoided the initial pileup. The all-electric car handled the maneuver well, stopping on the icy grass without spinning out.

Unfortunately, a pickup truck driver also tried to use the median to avoid the main pileup, which resulted in Adams’ Tesla getting T-boned. Images from the aftermath of the accident showed that the Tesla was heavily damaged from the T-bone crash. Despite this, Adams escaped from the incident without any injuries.

As noted by YouTube channel Wham Beam Teslacam, the damaged Tesla was later towed to a junkyard since the vehicle would likely be declared a total loss by the insurance company. Adams filed a claim with the driver of the pickup truck that struck him, but the insurance company is still waiting for the state patrol to complete their investigation.

Comments on social media posts from the Washington State Patrol suggested that the 30-car pileup was probably caused by a driver who was simply driving too fast in such icy conditions. It only takes one mistake, after all, to cause a chain reaction that eventually ends up involving dozens of vehicles. Fortunately — or rather miraculously — only minor injuries were reported from the 30-car pileup accident.

Watch Adams’ dashcam footage of the pileup in the video below.