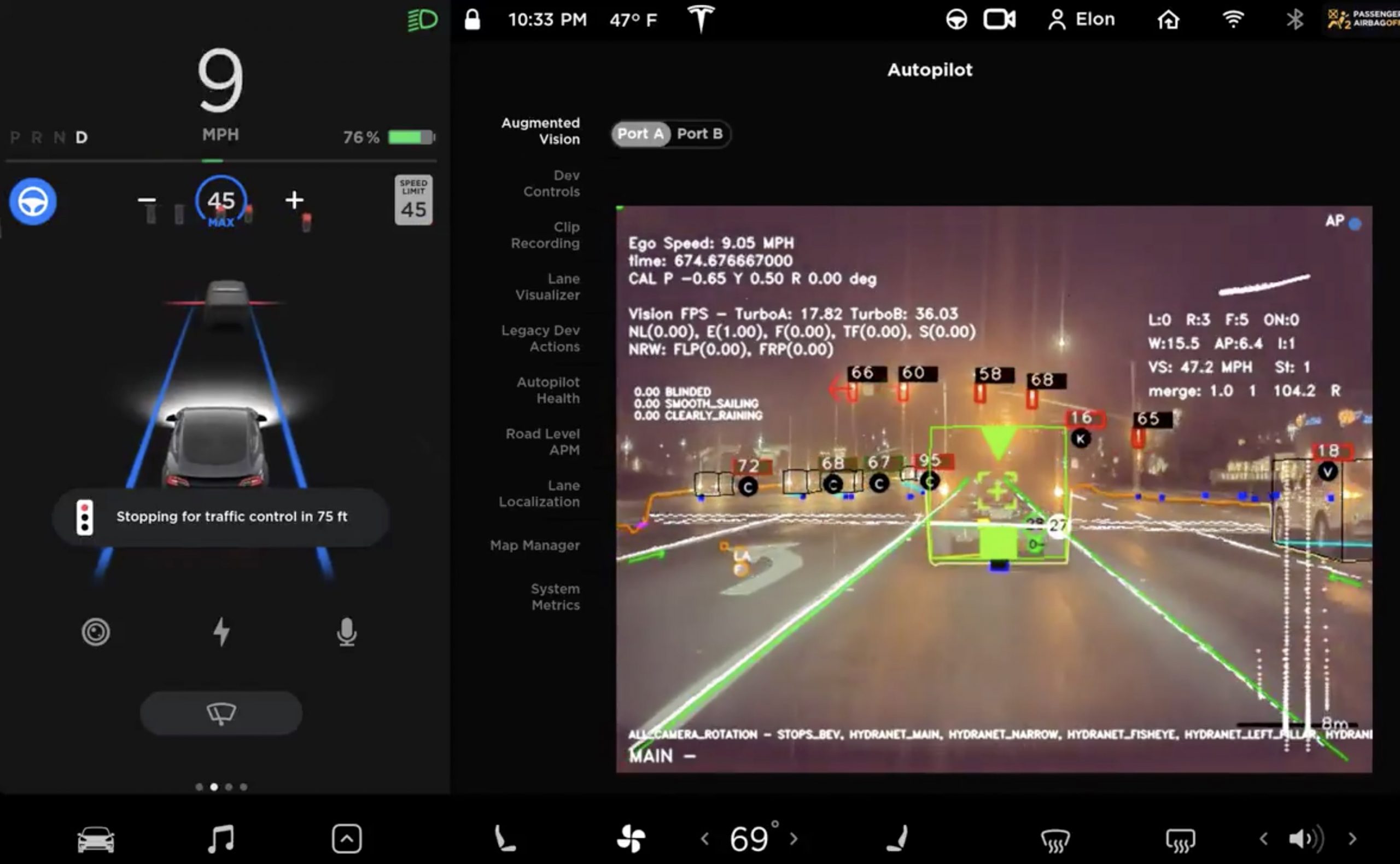 Tesla’s Full Self-Driving beta seems to be getting cooler by the week. In a recent set of updates, noted Tesla hacker-owner @greentheonly found what could very well be one of the coolest features of the advanced driver-assist suite to date: augmented reality view. With the AR view enabled, Tesla owners could view exactly what their cars could see in detail, and in real-time.

Green shared his findings on a Twitter thread, where he posted about some of his notable observations from his recent discovery. As noted by the hacker, FSD beta has “tons of dead code” in it, including some interesting items such as “coast2coast” and “map selection.” Several videos showcasing FSD’s augmented reality view in action were shared as well, highlighting just how much is going on behind the scenes of Tesla’s driver-assist systems.

Tesla’s FSD beta has been released to a limited number of consumers in October. Together with the release of the advanced driver-assist system were new visualizations that hinted at what the Teslas actually “see” in real-time. However, these updated visuals proved to be only a fraction of what is being processed in real time, as evidenced by Green’s findings when he accessed FSD’s developer mode.

Similar to the options in Tesla’s AR view, the settings that were accessible from the FSD beta are extensive. They also included references to features that are yet to be released. Some are cleverly named, such as “California Stop,” “California Boost,” and, interestingly enough, “Chiropractor Adjust Skeleton.” The nature of these features remains to be seen.

Provided that the ongoing beta goes well, Elon Musk has stated that a wider release of the Full Self-Driving suite would likely be rolled out to more users by the end of the year. Musk has also referenced the upcoming release of Tesla’s Holiday update, which is speculated to include a number of much-requested, fun features, as well as potential improvements to the company’s Autopilot and Full Self-Driving systems.