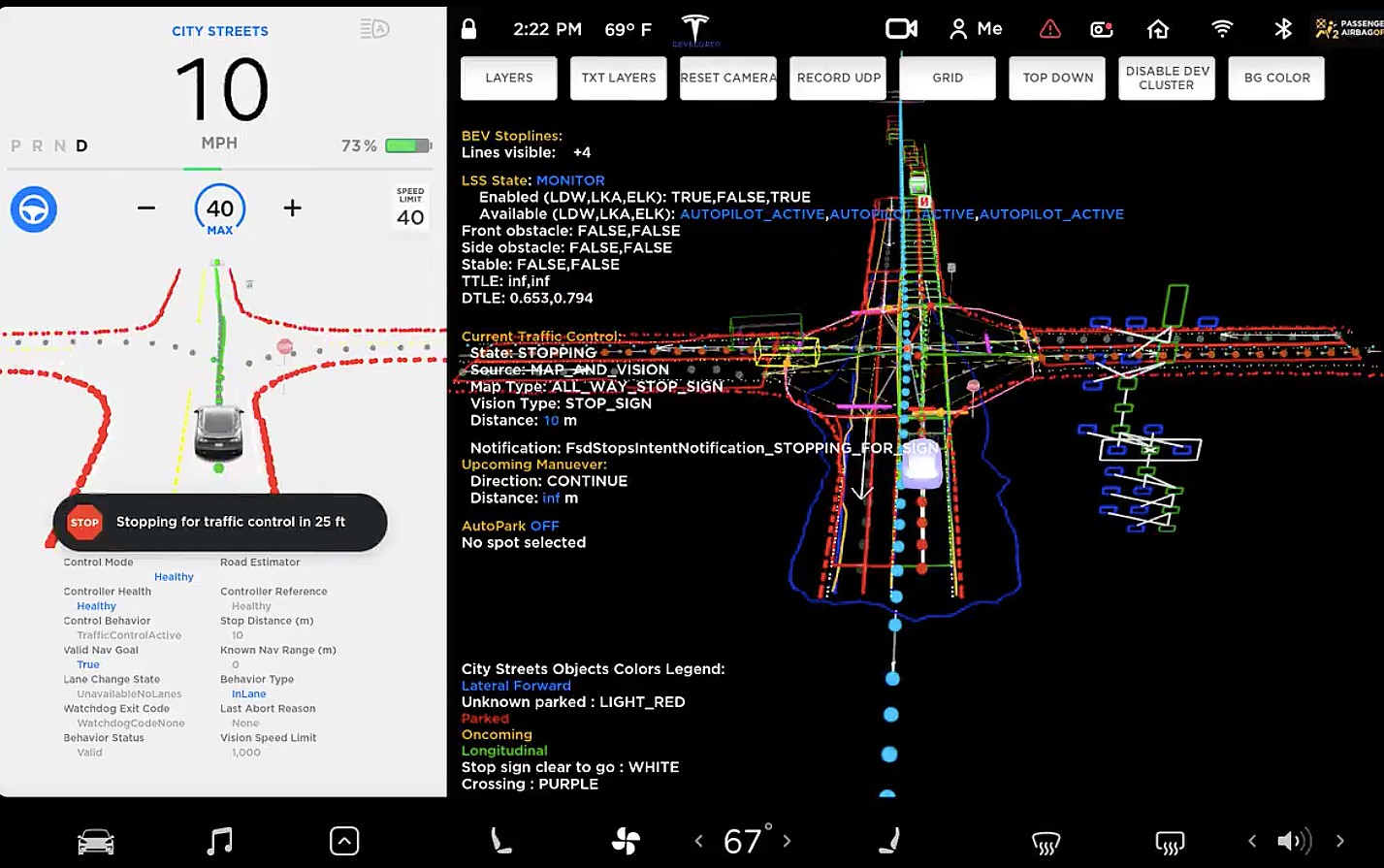 When Tesla began the rollout of its limited Full Self-Driving beta, numerous members of the electric vehicle community marveled at the level of detail that the company’s all-electric vehicles seemed to be seeing from their surroundings. These details, as it turned out, are actually just a fraction of what Tesla’s vehicles are detecting and processing when the FSD beta is engaged.

In a recent Twitter thread, Tesla owner-hacker @greentheonly shared a behind the scenes look at the options available in the FSD beta’s developer mode. Accessing developer mode provided the Tesla hacker with numerous options related to the performance and behavior of the driver-assist system, including some that have not been enabled yet by the electric car maker.

In true Tesla fashion, a number of the options listed in the FSD beta’s developer settings featured some interesting wording. These included “California Stop,” “California Boost,” and “Chiropractor Adjust Skeleton.” The Tesla hacker added that ultimately, the number of settings in the FSD beta’s developer mode is so extensive that it takes several minutes just to go over all of them.

The FSD beta’s extensive list of settings is not the only interesting aspect of @greentheonly’s recent findings. The Tesla owner-hacker shared several videos and images of the FSD beta in action with its developer mode enabled as well, and it showed that the driver-assist system actually sees and processes a lot more than what is currently displayed in the system’s already-impressive visualizations.

Tesla’s FSD beta is currently being rolled out to a select number of owners, though Elon Musk has noted that he expects the system to be released to other territories such as Canada soon. The Tesla CEO also mentioned that the FSD beta, provided that things go well, may see a wider release in December. Considering that Musk has mentioned that a major Holiday update is coming soon, there seems to be a good chance that more Tesla owners could experience FSD’s more advanced features before the end of the year.