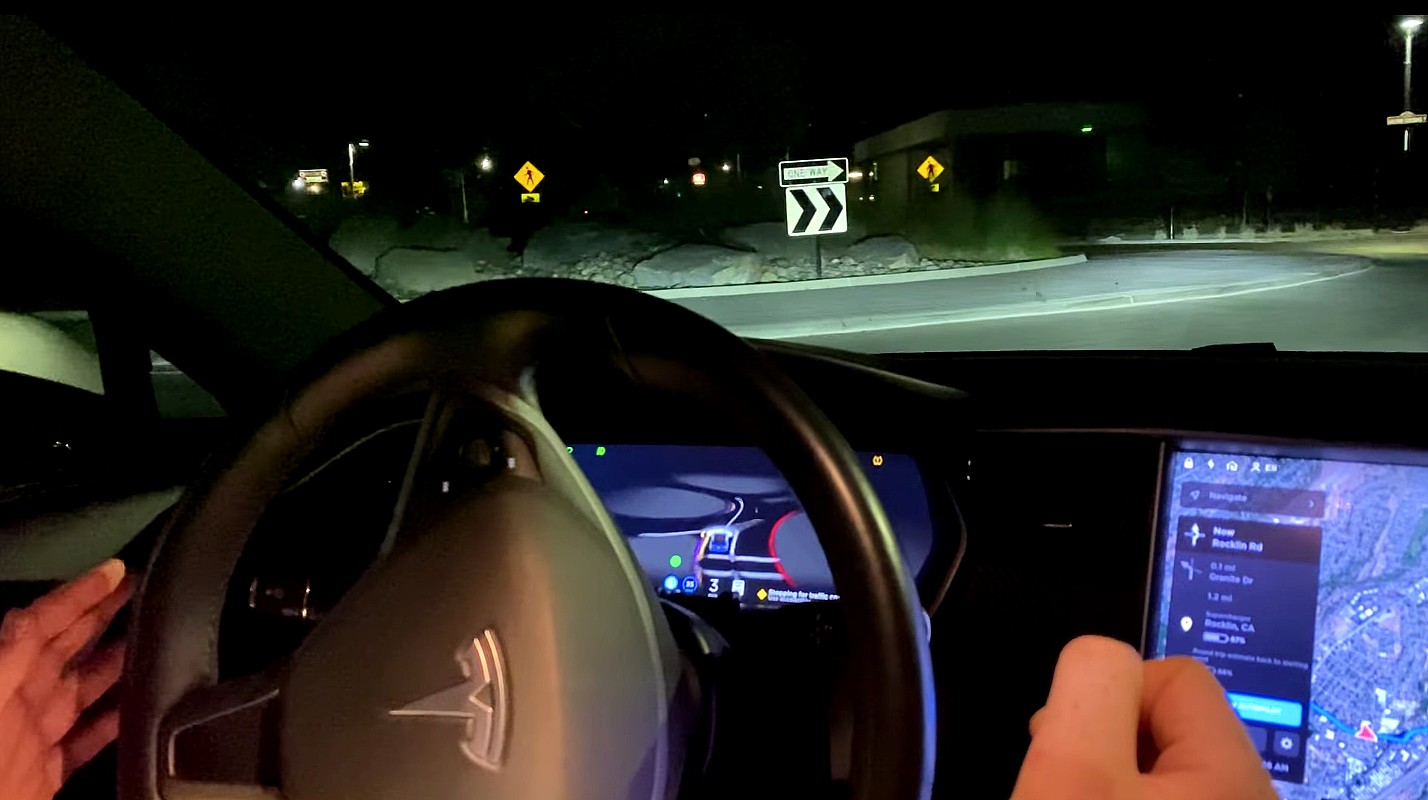 Tesla has begun rolling out Full Self Driving Beta V9 to members of its FSD Beta program, and so far, it appears that the driver-assist suite has indeed made some notable improvements following its shift to a vision-only system. This was initially demonstrated in tests conducted by members of the FSD Beta program, some of whom wasted no time testing out their vehicles’ updated software capabilities.

One of these tests was conducted by Tesla Model S Performance owner Eli Burton, how opted to check how FSD Beta V9 handles a series of roundabouts nearby. As per the Tesla owner, FSD Beta V8.3, FSD Beta V9’s predecessor, typically encountered trouble when navigating the roundabouts. With the new update, however, this was no longer the case.

A look at a video posted of the Model S owner’s drive from his home to a Tesla store showed FSD Beta V9 handling several roundabouts confidently and without any difficulties. Unprotected left turns were also handled almost like a human driver. The vehicle’s navigation did need to be adjusted a couple of times to direct the car precisely to its destination, but overall, the advanced driver-assist system performed remarkably well.

Speaking about the test, the Tesla owner admitted that he was personally surprised at the improvements offered by FSD Beta V9, as he was skeptical of Elon Musk’s decision to shift to a pure vision system. Based on the Model S owner’s roundabout test, at least, it appears that Tesla’s vision-only approach is indeed paying off.

These observations were echoed by fellow FSD Beta tester and Model 3 owner Kim Paquette, who also decided to test her vehicle’s capabilities on several challenging roads. The Model 3 owner directed FSD Beta V9 into a series of narrow streets, and apart from some hesitation in some difficult areas, the advanced driver-assist system performed fairly well. The Model 3 even took a blind left turn into a very narrow road safely, without requiring any intervention from its driver.

While much of the improvements that were rolled out to FSD Beta V9 were under the hood, it is becoming evident that Tesla is making some solid progress towards its goal of achieving autonomous driving. Members of the FSD Beta program have remarked that their vehicles now behave more confidently on the road. Whether this is due to the shift to Tesla Vision is up for question, but for now, one thing seems sure: FSD Beta V9 is a definitive improvement over FSD Beta V8.3, and that in itself is a remarkable achievement.