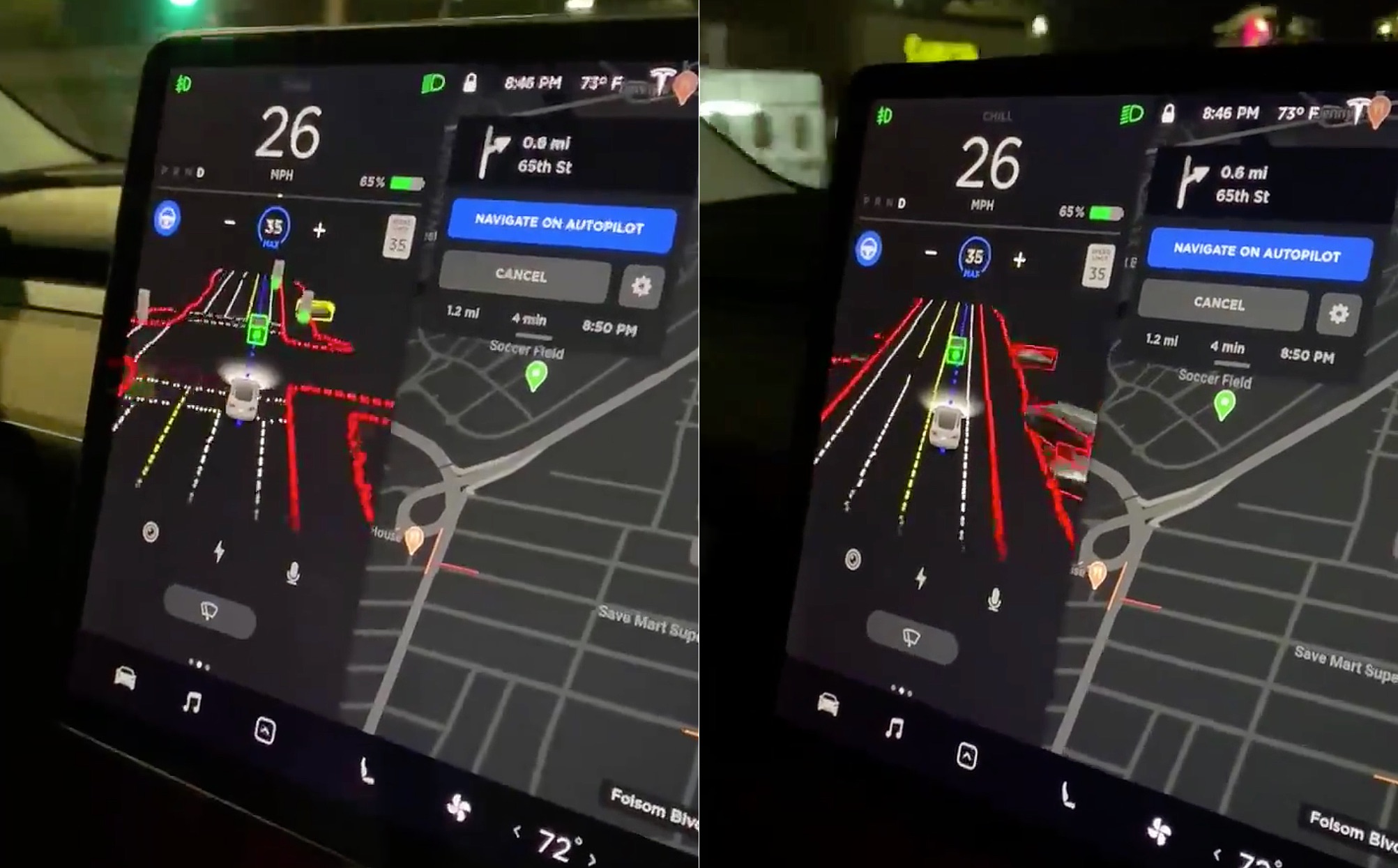 Tesla owners who are part of the limited Full Self-Driving rollout have started sharing some images and videos of the advanced driver-assist features in action. Based on videos and the Release Notes of the limited beta, it appears that Tesla is heavily emphasizing safety.

Among the lucky Tesla owners who received the update were @brandonee916 and the @teslaownerssv group, both of whom shared a images and short clips of the limited Full Self-driving beta in action.

Overall, the UI of the limited beta seems to be quite rough in its current state. With this in mind, there seems to be a good chance that the visuals of FSD will be more refined by the time it gets a wider release.

“Full Self-Driving is in early limited access Beta and must be used with additional caution. It may do the wrong thing at the worst time, so you must always keep your hands on the wheel and play extra attention to the road. Do not become complacent,” the company wrote.

The first paragraph of the FSD update carries the same cautious tone as the Elon Musk’s recent statements when he posted about the limited access FSD beta on Twitter. Musk emphasized that the rollout of the limited FSD beta “will be extremely slow & cautious, as it should” in his tweets yesterday.

Similar to the company’s rollout of its more advanced Autopilot features, Tesla also advised the participants of its limited FSD beta to always keep their hands at the steering wheel. This is something that Elon Musk has mentioned in the past, with the CEO stating that driver attention would be required even after FSD is in its feature-complete state.

“When Full Self-Driving is enabled your vehicle will make lane changes off highway, select forks to follow your navigation route, navigate around other vehicles and objects, and make left and right turns. Use Full Self-Driving in limited Beta only if you will pay constant attention to the road, and will be prepared to act immediately, especially around blind corners, crossing intersections, and narrow driving situations,” Tesla wrote.

The limited FSD beta embodies the results of Tesla’s highly-anticipated Autopilot rewrite, which Elon Musk has hinted at multiple times in the past. During the third-quarter earnings call, Musk shared some insights about the limited beta’s release.

“Regarding the Full Self-Driving beta release. The Autopilot team, again, just a really all-star team. I spent a lot of time with the Autopilot team. And there’s a lot of really talented people in that team who’ve worked incredibly hard to make the — to get the beta release out. So I’d just really like to thank them for their hard work. And it’s just a very smart group of people.

“So I think we’re starting very slow and very cautiously because the world is a complex and messy place. And so, we put it out there last night, and then we’ll see how it goes and then probably release it to more people this weekend or early next week. And then just gradually step it up until we have, hopefully, a wide release by the end of this year,” Musk said.