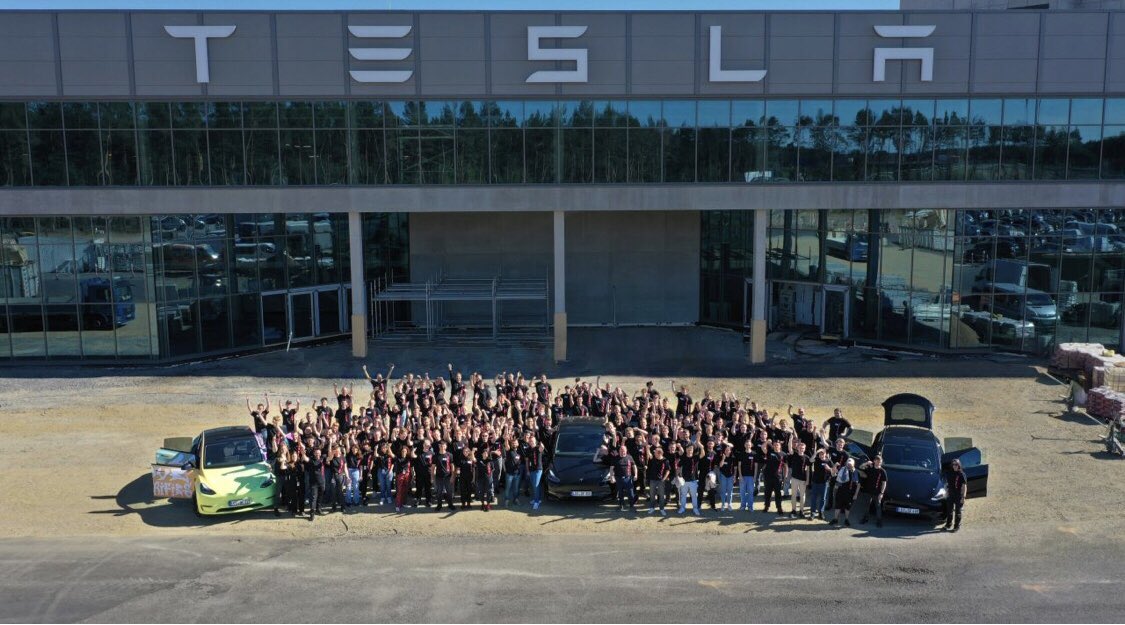 Tesla has announced that it has welcomed 120 apprentices and dual students at Gigafactory Berlin-Brandenburg. The program could help young people in the area fast-track their careers by becoming familiar with the emerging electric vehicle manufacturing trade.

Tesla posted about the start of the program on its official LinkedIn account. The electric vehicle maker noted that it is delighted to see so many young people starting their careers at Tesla. This, the company noted, effectively makes Giga Berlin the largest training facility in Brandenburg. Together with its announcement, Tesla also posted a link to its Careers page for the Germany-based plant.

Brandenburg Economics Minister Jörg Steinbach praised Tesla’s initiative on Twitter, noting that he is quite happy about the electric while maker’s commitment to training. The Minister added that the experience the apprentices and dual students would get in Gigafactory Berlin would likely help them get good career prospects in the future.

“Start in #Ausbildungsjahr with 120 trainees & dual students at Tesla in Grünheide. I am happy about the commitment to training. Tesla will thus become the largest training company in Brandenburg and will help young people have good prospects with us,” Steinbach wrote.

As noted by Tesla in its 2021 Impact Report, the company is involved in numerous programs designed to help students gain skills for the electric vehicle and sustainable energy industry. In the United States, for example, Tesla has a “two-year program where recent high school graduates in the U.S. start a career at Tesla as a production associate while continuing their education in automation and robotics at a local community college.”

The company also partners with US community colleges to offer a federal and state-certified Tool & Die Apprenticeship program at the Fremont Factory, Gigafactory Nevada, and Tesla Grand Rapids. These programs blend on-the-job training with classroom learning so participants can develop skills relevant to Tesla’s operations, such as machining, blueprint reading, and welding.