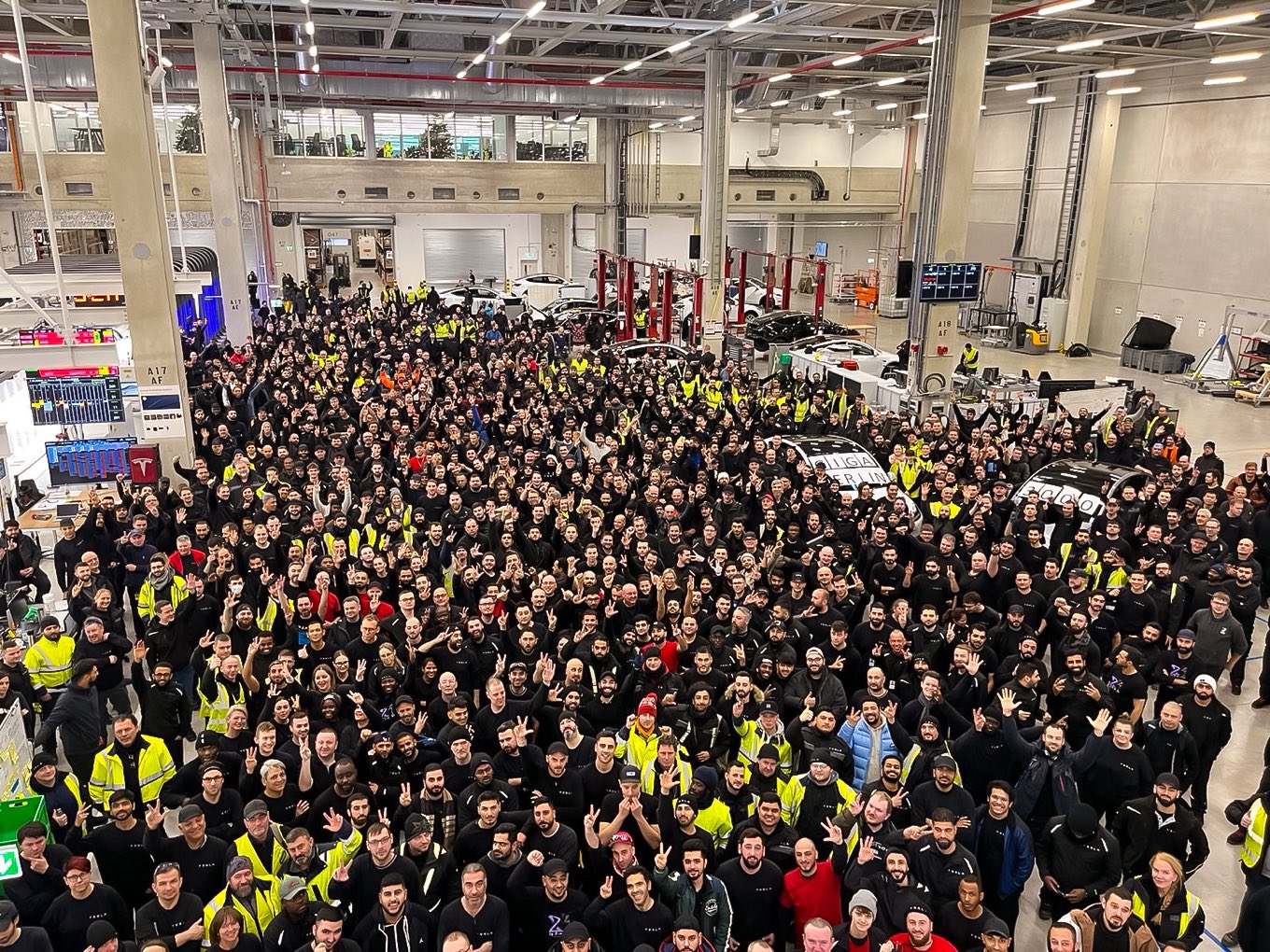 Tesla Giga Berlin crossed another production milestone with 3,000 Model Ys produced this week.   Tesla shared the news of its achievement on Twitter with a photo of production workers and a few Model Ys in the background. The achievements follow the news of Tesla’s new three-shift operations that began earlier this week.

Earlier this week, we reported that the expansion of the plant indicated that Giga Berlin was about to raise its vehicle production further past another milestone it achieved earlier this fall. The new system reportedly began on December 16, with the first shift starting at six in the morning. The additional shift allowed for the factory to have an additional 1,000 more Model Ys this week.

The company has also been working diligently for its final delivery quarter of the year. Recent drone footage over the Berlin factory showed several Model Y crossovers being prepared for delivery. Black, white, and a few Quicksilver-painted Model Ys were spotted in the footage.