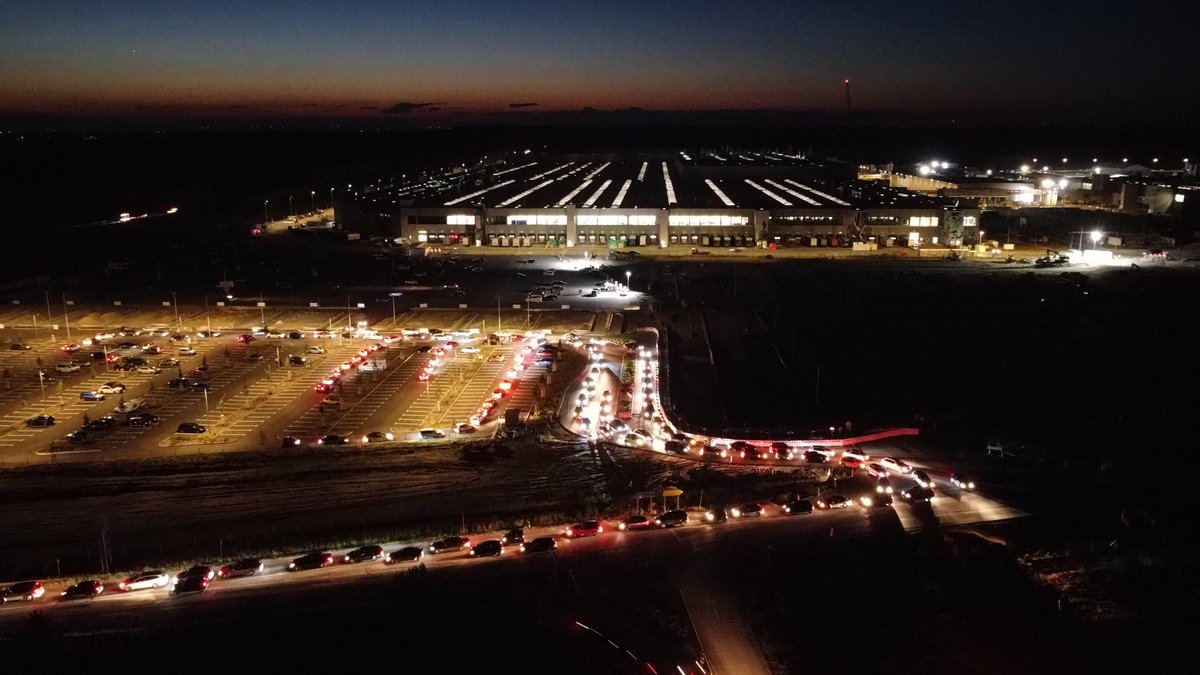 Tesla Gigafactory Berlin is only getting started, but it is already impressive for a number of financial companies. After a visit to Giga Berlin, teams from Jefferies and UBS shared some of their observations about the Germany-based plant, and they were pretty positive.

Jefferies analyst Philippe Houchois, for example, maintained a “Buy” rating and adjusted his price target for TSLA stock to $350 per share. The analyst was optimistic following investor meetings and a visit to Gigafactory Berlin, noting that Tesla is leading a transformation in the industry.

“A day of investor meetings and a visit to Berlin’s new plant keep us convinced Tesla is leading industry transformation with a business model driven by resource efficiency,” the analyst commented.

UBS was also optimistic about Tesla, which reportedly highlighted that Giga Berlin could become the most profitable gigafactory with COGS that are closer to Giga Shanghai’s levels. The firm also noted that it expects auto gross margin to exceed 30%.

“Tesla highlighted that Berlin could become the most profitable gigafactory as COGS will get close to shanghai levels (ie, much better than Fremont) while European product mix will be the highest in the world, much higher than China. We agree with this assessment, which is why we expect auto gross margin to exceed 30% from H2/22 onwards,” UBS noted.

Particularly interesting were UBS’ observations that a number of Giga Berlin’s sections are ready for a production rate of 10,000 vehicles per week. The firm also noted that by the end of the year, Tesla plans to fully use Giga Presses for the Model Y’s front-end underbody, which would be a step towards the company’s Germany-made vehicles also using a 4680 structural battery pack.

“We were the first broker to get a Giga Berlin tour together with key clients. We saw a very busy factory floor obviously making good progress towards the 5,000 car/week target run-rate by year-end. Parts of the plant are even ready for 1Ok vehicles/week. With a sequence time of 45 seconds by car and 10 hours from the body shop to final assembly, Tesla believes it is more than twice as fast as VW’s MEB plant.

“The key process innovation is Gigacasting, which replaces an army of welding robots for a single rear-end underbody part. By year-end, Tesla plans to do the front-end underbody also as a single die-cast piece with a total of 8 Giga Presses, enabling the use of a 4680 structural battery. Tesla expects to have in-house 4680 cell supply up and running by then next door,” UBS noted.

The observations of Jefferies and UBS were undoubtedly bullish for the electric vehicle maker. In a way, it appears that Tesla is currently putting some effort into showcasing its Germany-based factory to several financial firms. Tesla Head of Investor Relations Martin Viecha, for example, also noted on Twitter that he had taken Pierre Farragu of New Street Research around Giga Berlin.

In a tweet, Viecha lightly noted that Ferragu had driven a Tesla Germany-made Model Y Performance in Giga Berlin, which the analyst later observed was “built like a German premium car.” This is quite a lot of praise for Tesla, as its vehicles have been scrutinized over the years for every single imperfection, from paint quality to panel alignment.