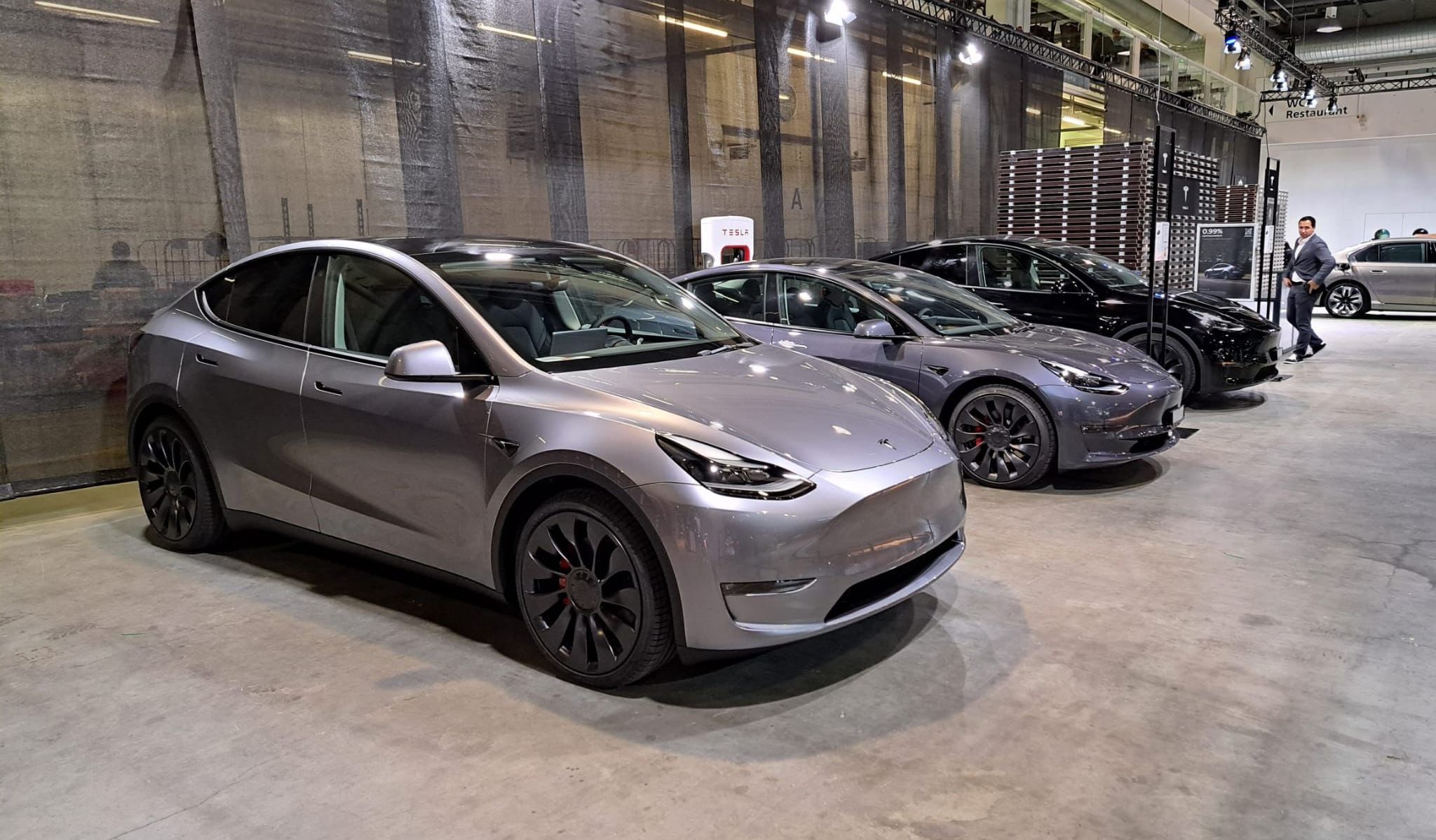 Last month, Tesla announced that Model Y crossovers from Gigafactory Berlin would be available for order with two new paint options: Quicksilver and Midnight Cherry Red. A close look at a Model Y painted in one of these unique shades has been shared online, and needless to say, the new color looks absolutely stunning.

When Tesla launched Quicksilver and Midnight Cherry Red for Model Ys in Giga Berlin, the electric vehicle maker made it a point to highlight that the new colors are made from highly-pigmented metallic paint that’s designed to change depending on viewing angle and light. Tesla also noted that Quicksilver and Midnight Cherry Red were only made possible because of Giga Berlin’s advanced paint shop, which allows up to 13 layers for depth and dimension.

But while the new Model Y colors were launched last month, sightings of vehicles painted in the new flagship colors have remained rare. Fortunately, Tesla brought over a Model Y to Auto Zürich in Oerlikon, Switzerland. The event dedicated a good portion of its exhibits this year to electric vehicles, and the Tesla Model Y and Model 3 were among them. One of the Model Y crossovers showcased in Tesla’s booth was painted with the company’s new Quicksilver paint.

A video of the event, including Tesla’s booth, was posted on YouTube by electric vehicle enthusiast channel Vision E Drive. The Model Y only comprised a short segment from the channel’s livestream, but it was enough to catch the attention of numerous electric vehicle fans online. Comments on YouTube and social media platforms such as Twitter praised the new color, which looks extremely attractive in the event hall’s dim lights.

Watch a video of Tesla’s Quicksilver Model Y from Giga Berlin below.