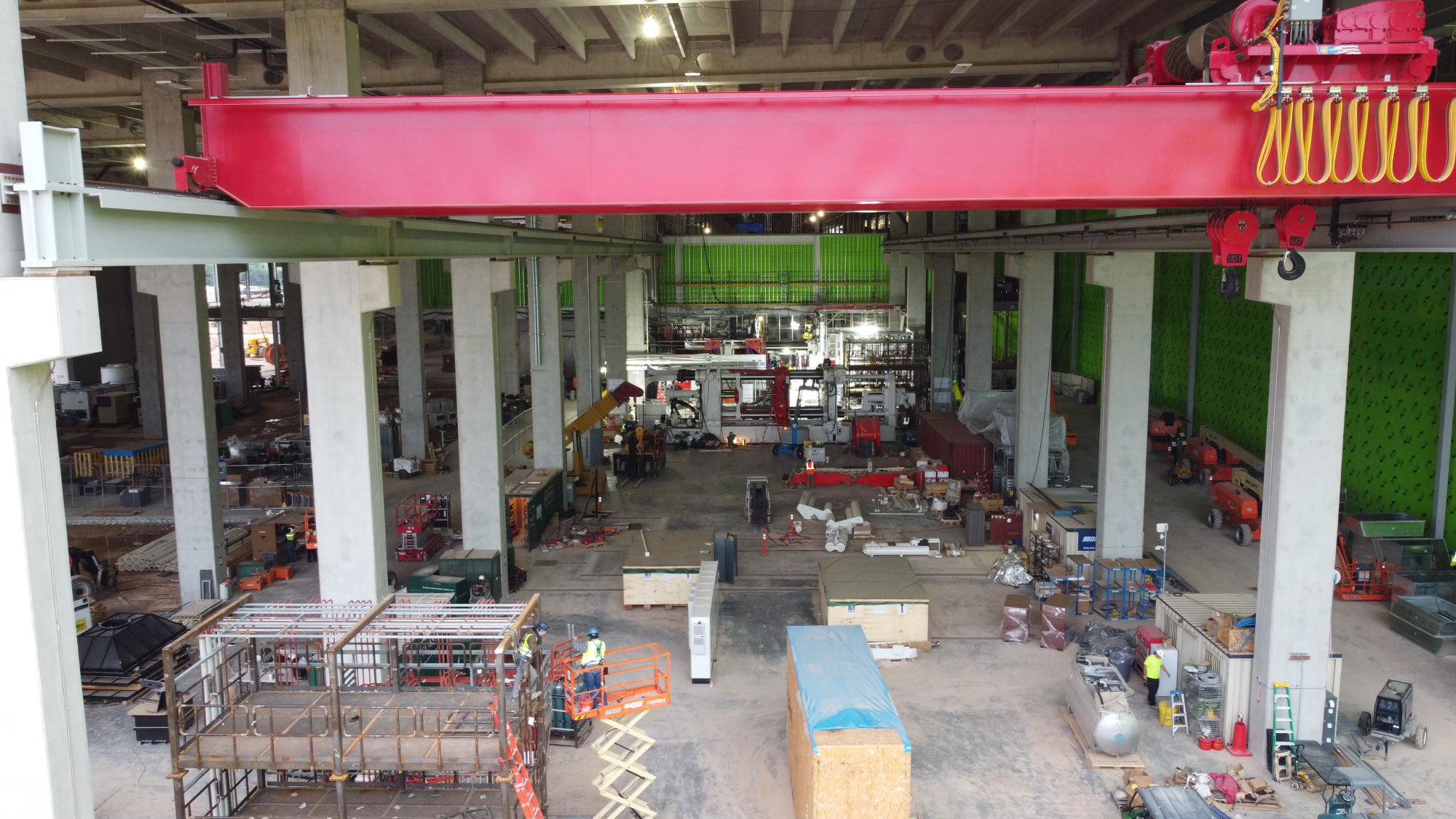 Tesla’s Giga Texas production facility is rumoredly undergoing some test runs of the Model Y’s rear, one-piece casting months ahead of its scheduled initial production phases, according to some close to the project.

Tesla has spent the last year developing land and constructing its largest Gigafactory production facility to date in Austin, Texas. In what will eventually become a production facility that will supply the Eastern portion of North America with Model 3 and Model Y builds and the Cybertruck, Tesla has made tremendous progress in Austin. It appears that the company is already performing casting tests ahead of production phases.

According to Texas resident and frequent Giga Texas visitor Joe Tegtmeyer, who also flies drones over the site to track progress, a source close to the operation in Austin says that the first test casting was completed by Giga Press #1. The Giga Press is a large casting machine from IDRA, an Italian manufacturer. Tesla has utilized the Giga Press for the Model Y’s single-piece rear casting.

“I was given information by a reliable on-site source that late last evening…the first test casting was completed by Gigag Press #1! This was a Model Y rear casting,” Tegtmeyer said.

Tesla introduced the rear casting with the Model Y to eliminate an excessive number of parts that make up the frame of the car. Tesla went from 70 pieces to 1 single-piece with the introduction of the Giga Press and the single-piece casting, and it has been one way the automaker has increased production efficiency and build quality. Tesla also plans to use the Giga Press’s single-piece casting for the Cybertruck by using an over 8,000-tone-force machine. Giga Texas is not and will not be the only facility under Tesla ownership to utilize a Giga Press, either. There are currently three casting machines installed in China at Giga Shanghai, two at Tesla’s Fremont Factory in Northern California, and there will be Giga Presses at both Giga Texas and Giga Berlin, where the Model Y will be the top priority when production begins.

The use of a casting machine to create a one-piece rear frame for the Model Y not only increases production efficiency and build quality but also improves vehicle safety in the event of a rear-end collision. While the Model Y and the Cybertruck will be using the Giga Press casting design in the near future, CEO Elon Musk said that the Model 3 would also eventually use a single-piece casting, just not anytime soon.

Musk said in an interview with Sandy Munro:

“At some point, we probably will switch to a single-piece casting, but I think we need to get the Texas factory and the Berlin factory going. We do have an issue. It is hard to change the wheels on the bus when it is going 80 MPH down the highway. So, Model 3 is…well, was most of our volume. Model Y will exceed Model 3, but we just need an opportunity to redo the factory without blowing the cash flow of the company.”

The news of Tesla performing casting test runs at Giga Texas only helps the company’s narrative that production will begin soon. Currently, Tesla’s contracted crews on the site are working to install and commission the machinery that will eventually pump out hundreds of thousands of electric vehicles every year.

Check out Joe Tegtmeyer’s most recent Giga Texas flyover below.