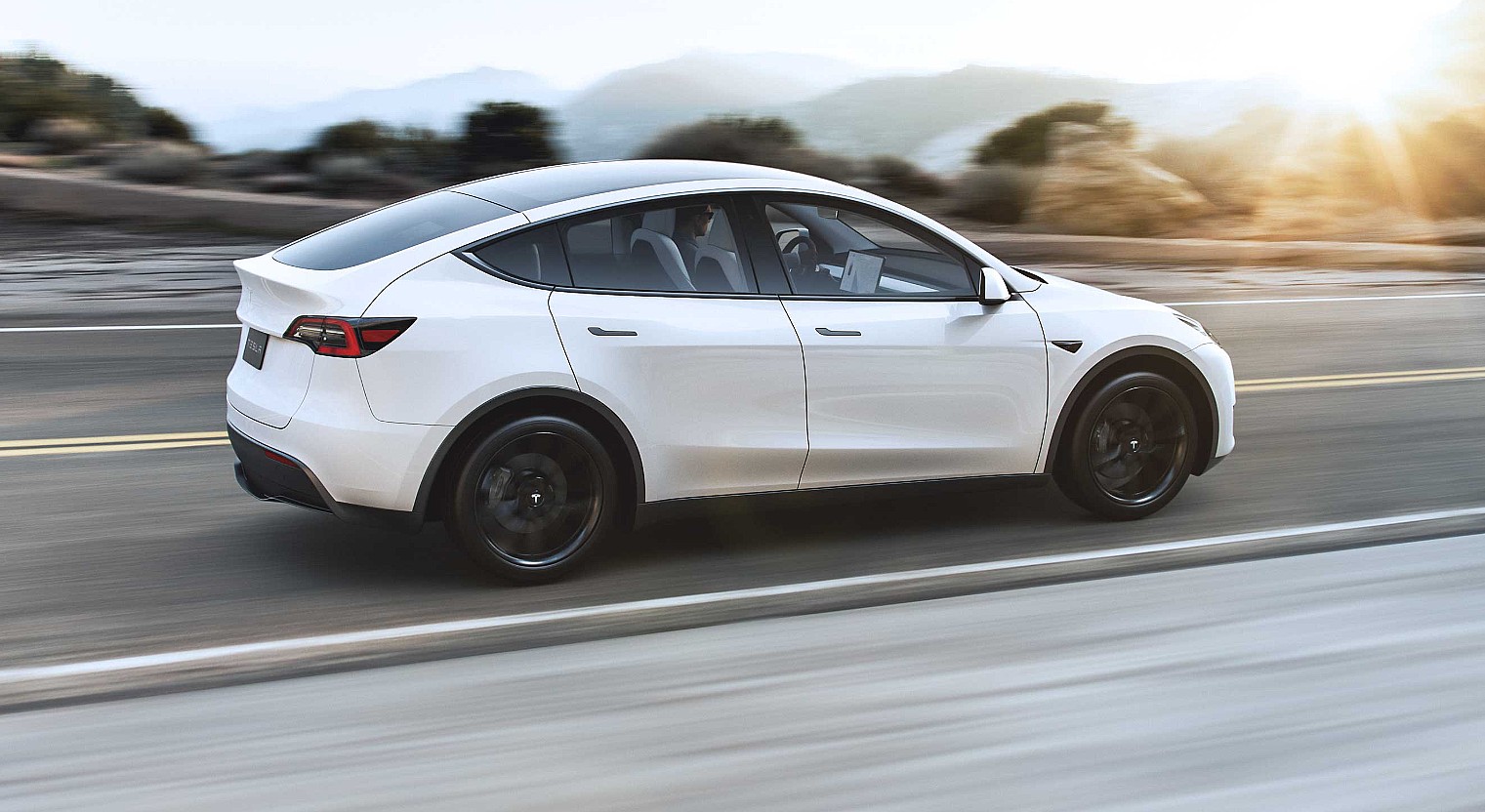 The launch of the Tesla Model Y is, in several ways, an understated and undramatic event. There were no surprise vehicles at the end of the crossover’s presentation, nor were there any announcements about the number of pre-orders the electric car maker received for the seven-seater. Tesla has been pretty quiet about the Model Y since, too, as updates on the crossover have mostly come through insider reports and patent applications from the company.

It is through these patent applications that one could see the potential of the Model Y to revolutionize Tesla’s overall manufacturing operations. A look at two patents that are tailor-fit for the Model Y, for example, suggests that Tesla will be adopting a far more innovative production process for the vehicle compared to its past electric cars, including the mass-market Model 3 sedan, a vehicle that is essentially carrying Tesla into its current transition into a mainstream car manufacturer. With this in mind, the Model Y could even be described as a Trojan Horse of sorts, carrying the electric car maker’s innovations (mostly) under the radar.

One of these innovations is a rigid wiring system that will allow Tesla to drastically reduce the wiring of the Model Y compared to its older stablemates. Using the company’s design outlined in its patent, Tesla is expected to use only around 100 meters of wiring for the Model Y, far less than the 1.5 km of cabling used in the Model 3. Such a design also aids the company’s automation initiatives, as the rigid wiring harness will be easier to install by the company’s robots.

Another, even more notable innovation lies in a patent for a “Multi-Directional Unibody Casting Machine for a Vehicle Frame and Associated Methods” that seems to have been teased by company executives in the past. Elon Musk has mentioned that the company’s new casting machine will have the capability to cast pretty much the entire body of a vehicle in one piece, essentially eliminating the need for numerous welds across the body. “When we get the big casting machine, it’ll go from 70 parts to 1 with a significant reduction in capital expenditure on all the robots to put those parts together,” Musk said.

These new innovations outlined in Tesla’s patent applications hint at the Model Y being the company’s first vehicle to adopt such designs in its wiring and casting. This is great news for the company’s upcoming vehicles like the Tesla Pickup Truck, the Semi, and the next-generation Roadster, all of which will likely benefit from these optimizations. More importantly, this is also great news for the Model 3.

Tesla’s struggles with the Model 3 ramp in the United States have been well-documented, as the company had to abandon a widely-automated approach to producing the vehicle to one that was more balanced between humans and machines. With the Model Y, Tesla could essentially start anew and experiment with more ambitious and manufacturing models once more. Fortunately for the Model 3, the vehicle shares about 75% of its parts with the Model Y, which means that production improvements that work for the crossover would likely be applicable for the midsize sedan as well.

The Tesla Model Y’s manufacturing revolution might begin sooner than expected, especially with the start of production at the company’s Gigafactory 3 site in Shanghai. Gigafactory 3 is designed to produce affordable versions of the Model 3 and Model Y for the Chinese market, suggesting that the facility will be optimized for speed and volume. It would then be interesting to see how Tesla produces the Model 3 (and later, the Model Y) on the site, as it could provide a glimpse at how much the company has improved based on lessons learned from the electric sedan’s ramp in the United States.