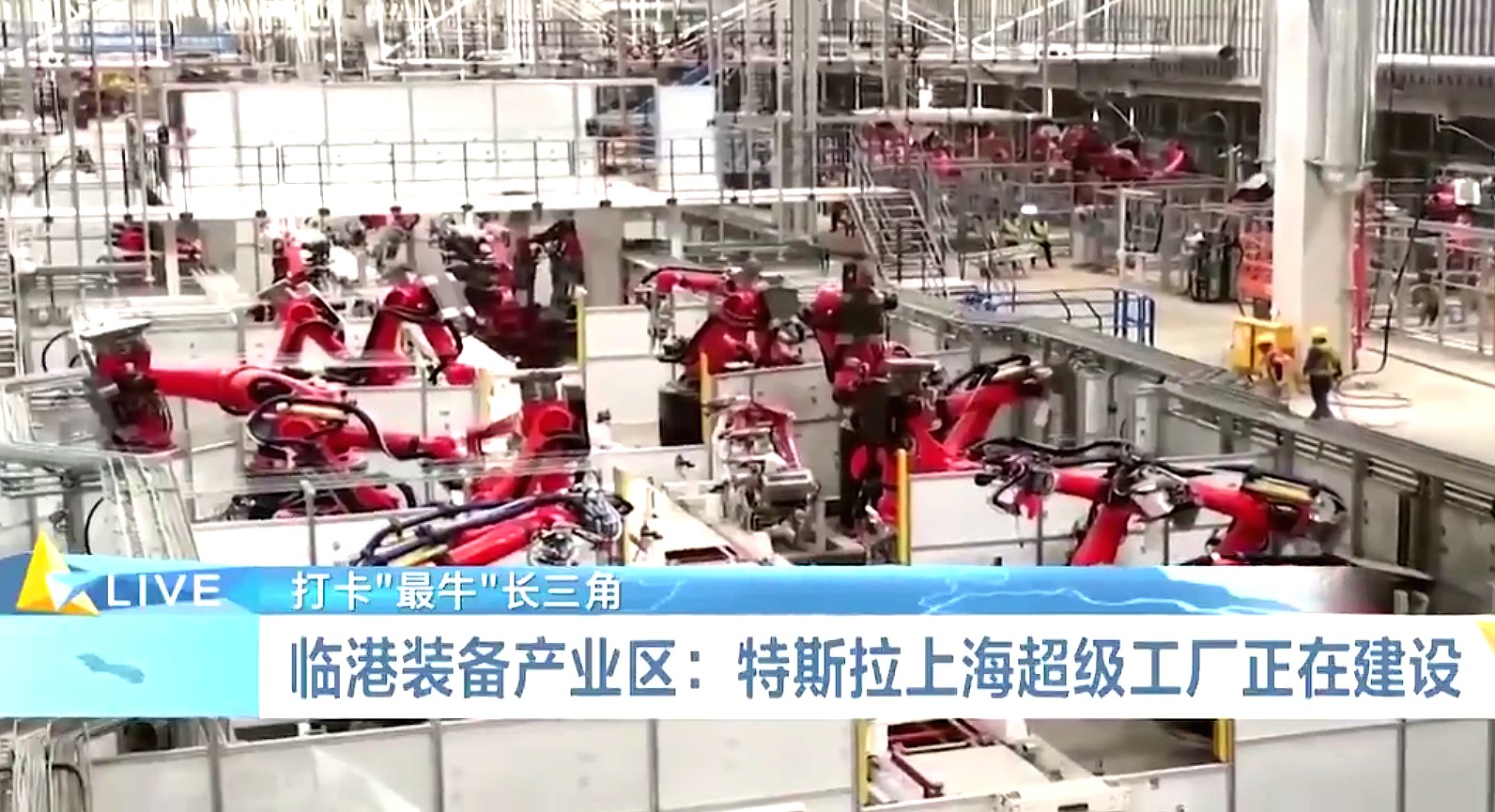 Recent reports from Chinese media are pointing to the Phase 1 construction of Tesla’s Gigafactory 3 site being almost complete. This is quite remarkable considering that work on the complex only started about eight months ago, a time when Gigafactory 3 was but an empty, muddy field save for a handful of pile drivers.

A recent news segment from China mentioned that the completion of the facility’s Phase 1 buildout is approaching. Local reports have also noted that the general assembly building, the main facility inside the Gigafactory 3 complex, will be covered with solar panels in the future, similar to Tesla’s designs for its other facilities such as Gigafactory 1 in Nevada.

Apart from these updates, a number of new pictures from the factory’s interior have also emerged. Among these are floors filled with red and yellow production robots, as well as a massive machine that appears to be a stamping press for Model 3 body panels. An exterior shot of Gigafactory 3 also depicts the surrounding areas of the massive electric car production facility being cleaned up in preparation for operations.

The images and videos from local Chinese media highlight the incredible speed that is currently being showcased by Tesla and its Chinese partner in the buildout of the Shanghai-based electric car production facility. Gigafactory 3 already had an incredibly aggressive timeframe from Elon Musk to begin with, but the facility seems to be on track to come to life even earlier than the Tesla CEO’s already-optimistic estimates.

The Gigafactory 3 complex was recently visited by Musk during his trip to China, which saw the Tesla CEO meet with numerous government officials about further projects in the country. Among these was Xiao Yaqing, director of the State Administration of Markets Supervision, Transport Minister Li Xiaopeng, and Vice Minister of Industry and Informatization Xin Guobin. Reports from the meetings noted that Musk’s projects, including that of The Boring Company, were even presented as potential mass transportation ideas for the country.

With Gigafactory 3’s Phase 1 construction almost complete, the activation of the massive electric car production facility could very well be determined by the completion of the southwest substation, which is expected to be finished within this month. This means that barring any unexpected delays, Tesla could very well activate Gigafactory 3 and start trial Model 3 production runs as early as the end of September.