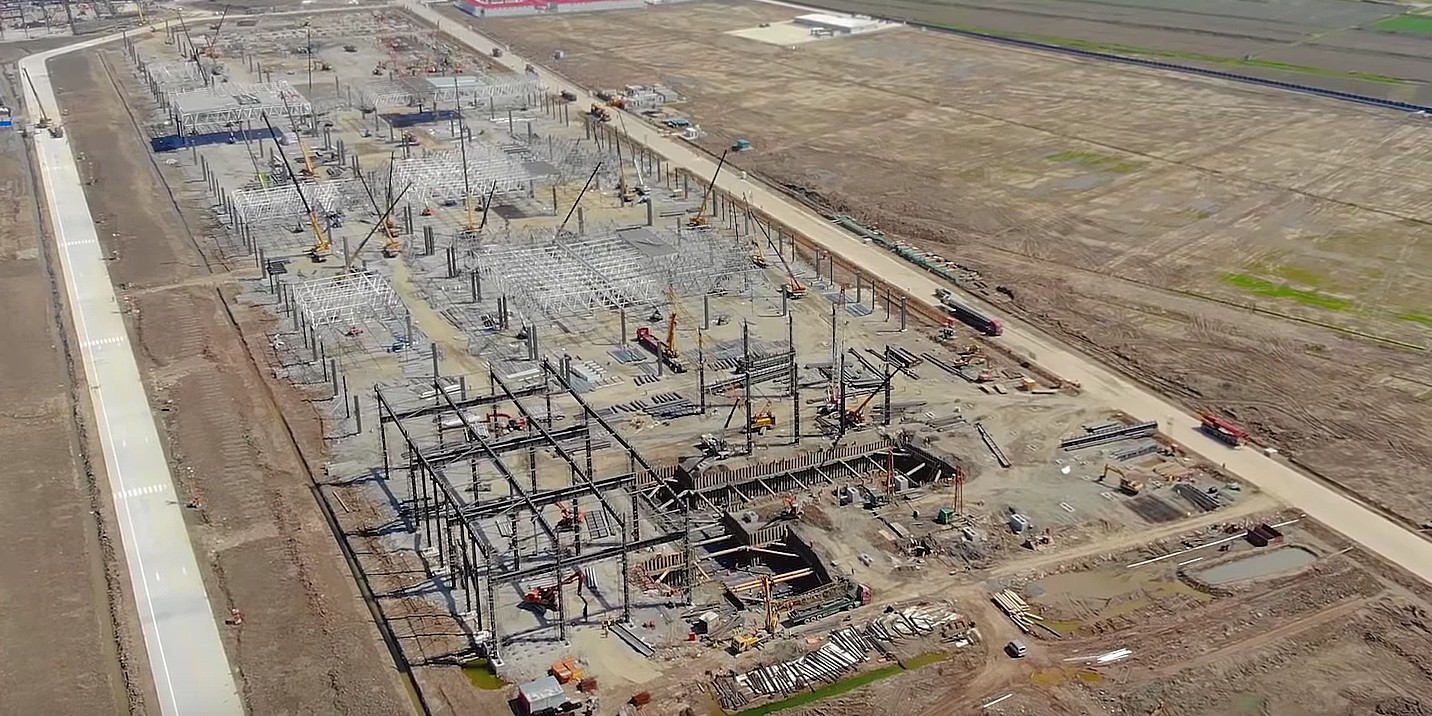 Recent videos captured from Tesla’s Gigafactory 3 site has revealed more of the amazing progress in the construction of the upcoming electric car factory.

While there are projects ongoing on other areas of Tesla’s 864,885-square meter lot, most of the work currently being done is on Phase 1, which is expected to include the buildout of the site’s general assembly building. So far, over 100 pillars appear to have been built, and several metal roof trusses are being constructed. There are also over two dozen heavy machinery deployed on the site.

China is known for its quick buildouts, but seeing a large-scale project such as Gigafactory 3 come to form is still quite surreal. It should be noted that in the middle of March, Tesla and its construction partner inaugurated the first steel pillar in the entire site. The pillar, which is reportedly an 11.5-meter, 10.8-ton column, has since been joined by over 100 others since. All of this happened in the span of just three weeks.

At the pace that it’s going, it will not be too surprising if Gigafactory 3’s first phase ends up being complete by May. This is a timeline that was not set by Elon Musk or Tesla. Instead, it was a target that was personally announced by Shanghai official Chen Mingbo. This timeframe was reiterated last week too, when Tesla Automotive President Jerome Guillen visited China and met with Shanghai Deputy Mayor Wu Qing.

According to local news agencies that covered the meeting, the Chinese government official and Tesla executive discussed the progress of Gigafactory 3, as well as a goal of starting the installation of vehicle production equipment as early as May. If successful, Tesla can start working on Gigafactory 3’s Model 3 production lines by the end of Q2, allowing the company to iron out any issues before starting the manufacturing of the vehicle by the end of the year. Such a strategy will allow Tesla to ramp its Model 3 production in China in a way that is far less painful than the vehicle’s ramp in the United States.

Gigafactory 3 is a key component for Tesla’s business in China, which is regarded as the largest electric car market in the world. So far, Tesla’s vehicles are met by steep tariffs when they enter the country, thanks to the ongoing trade conflicts between the United States and China. By producing low-cost versions of the Model 3 being built in the facility, it will only be a matter of time before Tesla starts competing head-to-head against the country’s largest and most competitive electric car makers.

Watch the latest flyby of Gigafactory 3 in the video below.