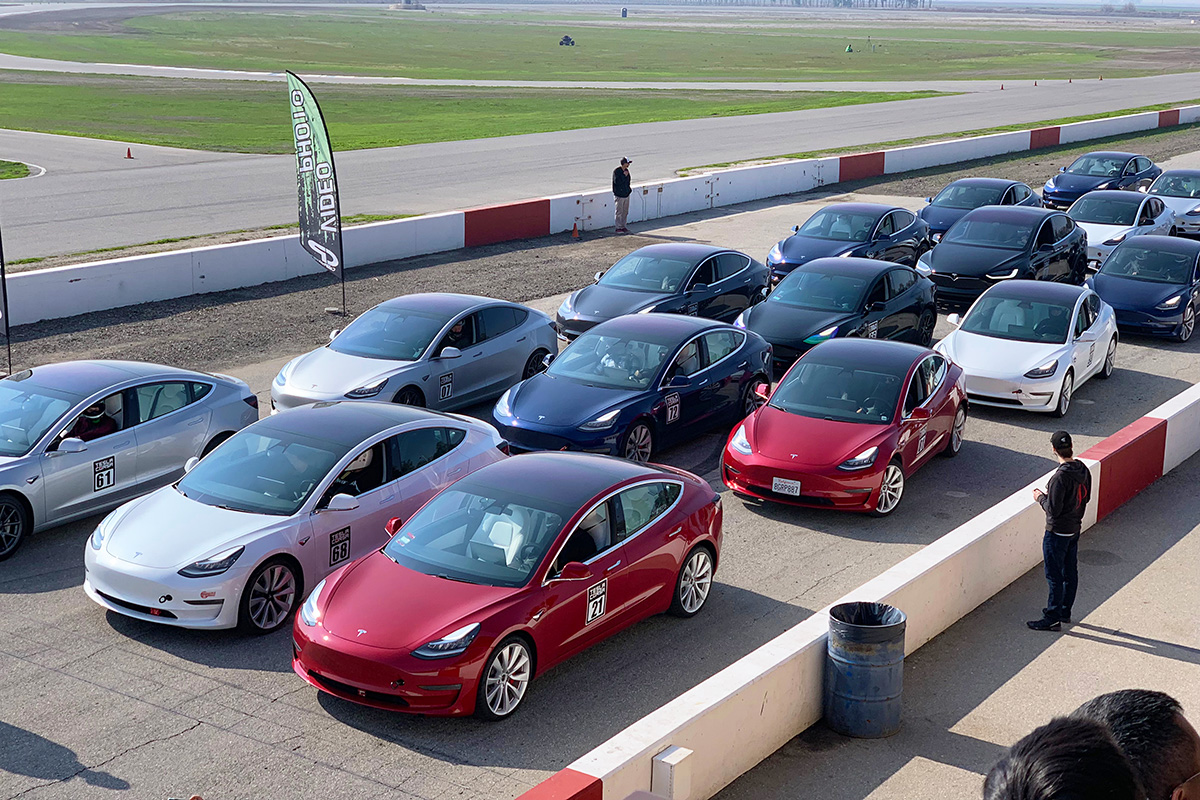 It appears that Tesla is starting to release a number of new features that will make its vehicles more fun to drive on the track. Recent reports from Model 3 owners indicate that version 2019.12 includes optimizations for the electric cars’ high-speed performance and Tire Pressure Monitoring System (TPMS).

The updates being rolled out by Tesla were shared recently by Tesla Owners Online forum members and Model 3 owners dannyskim and MGallo, both of whom shared screenshots of 2019.12’s Release Notes. In its section for “High Speed Performance,” Tesla noted that “your car can now maintain torque and power for longer periods of time when driving at high speeds.” An update for the vehicles’ Tire Pressure Monitoring System was listed as well.

“To accommodate aftermarket tires, personal preferences, and specific off-highway driving situations like track events, you can customize when the TPMS sensors will trigger an alert based on the currently set tire pressure instead of the default factory value. To adjust the sensors, touch Controls > Service > RESET TPMS SENSORS and follow the onscreen instructions,” Tesla wrote.

While seemingly minor, Tesla’s TPMS update represents a notable improvement, especially among owners who are fond of driving their vehicles around a closed circuit. It is not uncommon for track enthusiasts to have a preferred type of tire, wheel, and air pressure setting to achieve optimal performance, though at times, these preferences do not match Tesla’s default factory settings for its vehicles. This results in drivers having to deal with rather annoying TPMS warnings while operating their electric cars. This update will be particularly welcome among owners of the Model 3 Performance, a vehicle built to be proficient on the track.

The past months has seen Tesla roll out a number of features that improve the driving experience of its vehicles. Last month alone, Tesla started releasing an update that increases the peak power of a Model 3 by around 5%, which results in a top speed increase of about 10km/h or 7 mph. Just like Tesla’s other new features like Sentry Mode, these improvements were released through an over-the-air update.

The TPMS update and High Speed Performance improvement in 2019.12 represents another instance of Tesla proactively optimizing its vehicles so that its customers can have a better ownership experience. When he was featured in the Joe Rogan Experience podcast, Elon Musk mentioned that a “Tesla is the most fun thing you could possibly ever buy,” adding that “It’s not a car, it’s a thing to maximize enjoyment.” A look at Tesla’s long list of fun Easter Eggs and updates that make driving better prove that Musk’s statement might be quite accurate.