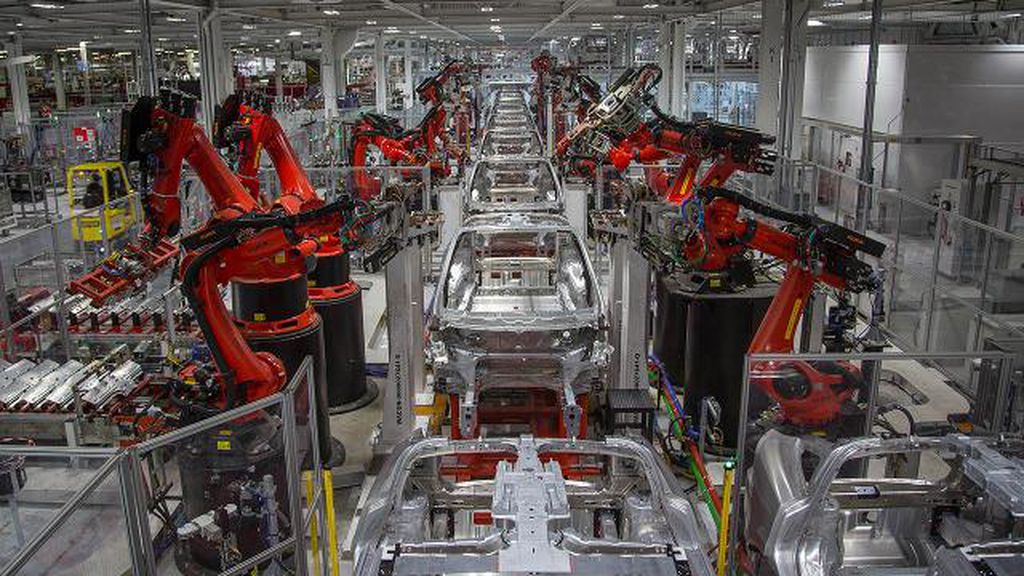 Tesla is making progress with its planned Gigafactory 3 in China. Not long after it was revealed that Tesla had sealed the deal to acquire an 864,885-square meter plot of land in Shanghai’s Lingang area, reports have emerged from Chinese media stating that local banks have signed low-interest loan agreements with the electric car maker.

The report, published by Chinese media, cited sources familiar with Tesla’s ongoing initiatives, who noted that a number of banks in Shanghai are already preparing to help fund the construction of Gigafactory 3. That said, the financial institutions reportedly providing Tesla with low-interest loans have yet to make formal announcements about their role in the construction of the electric car and battery factory.

Insiders reportedly close to Tesla’s plans for Gigafactory 3 have also related what could be the first glimpse of the facility’s planned operations, stating that the initial vehicle production line in Gigafactory 3 would be designed to manufacture the Model 3. Gigafactory’s vehicle production capabilities will include the final assembly of Model S and Model X vehicles as well, which would allow Tesla to dodge the steep import taxes currently weighing down the prices of its two flagship vehicles in the Chinese market.

Rumor: According to people close to Tesla, the main source of funds for the construction of the Shanghai Gigafactory is the low-interest loans of Shanghai local banks. Currently, banks have signed a loan agreement with Tesla. $TSLA #TeslaChina pic.twitter.com/MCOBn5QtcD

While the pace of developments for the construction of Gigafactory 3 is remarkable, the progress of the project so far should not come as much of a surprise. Over the past few months, after all, Tesla has steadily been laying the foundations for the facility. The Chinese government has also openly supported the construction of the factory, with state media running several segments about how Gigafactory 3 is fully endorsed by the government.

This support was evident in the way Tesla’s loans and land acquisition were secured. China, for one, allowed Tesla to be the sole owner of Gigafactory 3, changing longstanding regulations in the process. Tesla’s bid for the 864,885-square meter plot of land in Shanghai’s Lingang area went unchallenged by any rival bidders as well. With this in mind, Tesla’s low-interest loan agreements with local banks appear to be yet another way for the government to show its support for the company.

In its Q3 2018 vehicle production and delivery report, Tesla noted that it was looking to accelerate the construction of Gigafactory 3, making the project’s already aggressive timeline even more ambitious. Tesla initially plans to have the factory start producing vehicles within two years after construction begins. With the company’s updated timeline, though, Gigafactory 3 could start building electric cars for the Chinese market sooner than expected. Once complete, Tesla estimates Gigafactory 3 to be capable of producing 500,000 vehicles per year.

Gigafactory 3 would become the electric car maker’s first facility that is capable of producing both battery packs and electric cars. During the Q2 2018 earnings call, Tesla CEO Elon Musk and CTO JB Straubel noted that Gigafactory 3 – despite its capability to build electric cars – would be less capital-intensive as the company’s other facilities in the United States. Musk even noted that the cost of Gigafactory 3 could be closer to $2 billion at the 250,000-vehicle-per-year rate. Explaining further, Straubel pointed out that the lessons learned with Gigafactory 1 and the Model 3 ramp will all be implemented in Gigafactory 3.

“We found a surprising number of ways to improve efficiency and speed and density as well at Gigafactory 1, and all those lessons will absolutely be shared with Gigafactory 3. In just recent weeks and months, we found some – certain areas of production that have been very capital intensive that we’ve been able to speed up with almost no additional CapEx by maybe 20%, even 25% or 30%,” Straubel said.