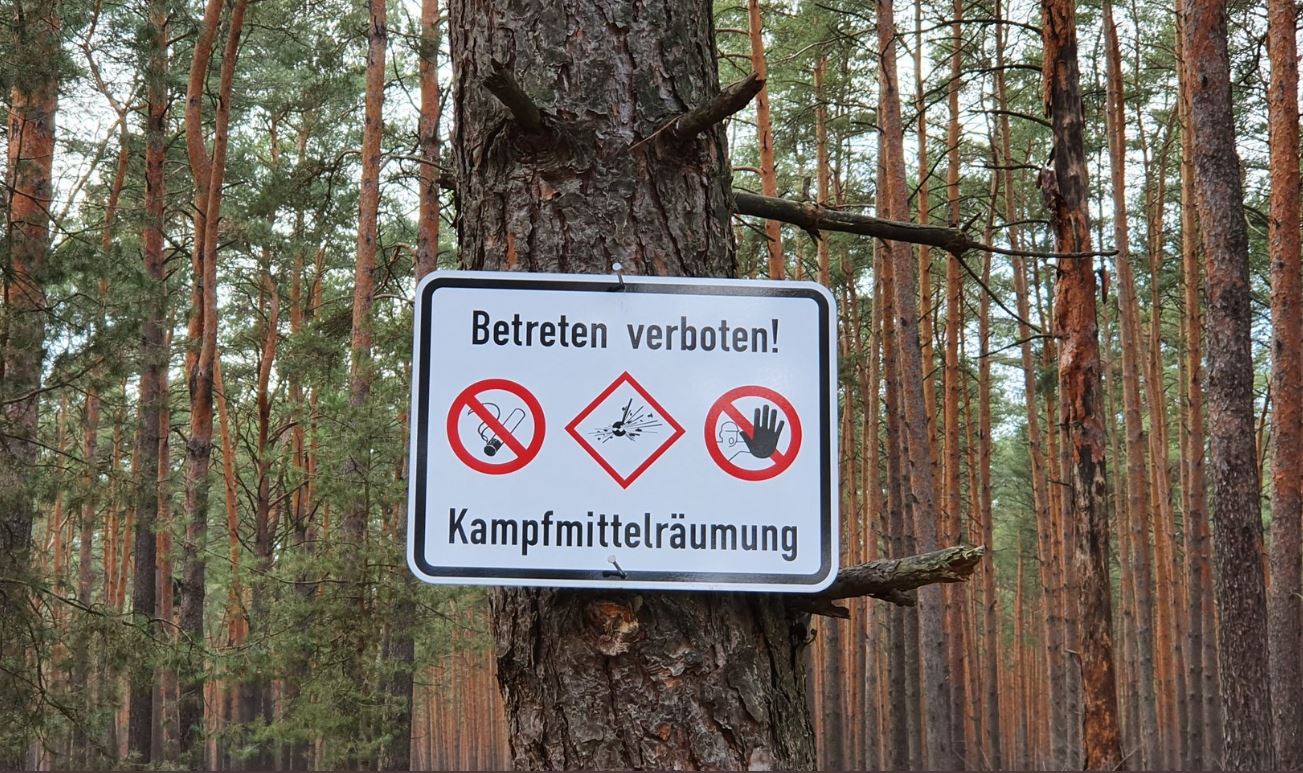 The Tesla Gigafactory 4 build site in Grunheide is now off-limits to local explorers as experts scan and clear the area for explosive ordnance.

“No Trespassing / Explosive Ordnance Clearance,” one of the signs in the forest reads in German. Tesla fan @Gf4Tesla who has been following the developments in Grunheide shared the news on Twitter. He added that he might resort to drone shots to update his followers about the latest GF4 news.

The Tesla board of directors recently approved the purchase agreement for the 300-hectare property where the first Tesla car factory in Europe will rise. This follows the approval of the Brandenburg Finance State Committee that sealed the deal for the purchase of the land for 40.91 million euros or about $45 million.

According to the spokesperson of the state government Florian Engels, Brandenburg authorities are still waiting for the independent report about the second appraisal of the expansive industrial property. Engels said that the report will be prepared as soon as possible and if the appraised value of the land deviates from the first assessment, the price of the Tesla GF4 property will be adjusted.

Okay, friends, the "Tesla Forest" is now – officially restricted area
🚷⛔🚫
I will have to specialize in flying drones, 🚁
because I am no longer allowed to enter the construction site..☹.

Sealing off the forest in Grunheide is a safety measure to avoid unwanted incidents as workers on the site have been building access roads for better logistics in the area. The team has also been searching for unexploded World War II explosives in the area, most likely American aviation bombs. In case vintage bombs are found, the German federal government will shoulder the cost of disposal.

Aside from the dangers of vintage bombs, Tesla is also closely coordinating with authorities and local environmental groups to move animals living in the forest such as a species of endangered bats, deers, wolves, ants, among others. The electric carmaker must be able to remove the trees in the parcel of land they will use for the first phase of construction by Feb. 27, just before the breeding season of birds in the area and when tree cutting will be prohibited.

The area has also been cordoned off and proper signs put up in the build site to make sure only authorized personnel move in the area. Members of local environment groups recently conducted forest walks to protest the building of the Tesla factory and it could be dangerous for anyone to roam around the forest that has not yet been cleared of vintage bombs.

To address the issues raised by locals, Tesla opened an information center in Grunheide and has promised to resolve issues within the legal framework.

Tesla plans to begin construction of the Gigfactory 4 facility by mid-March and start production by July next year. The car factory is set to generate about 8,000 jobs and produce roughly 150,000 cars during its initial phase.