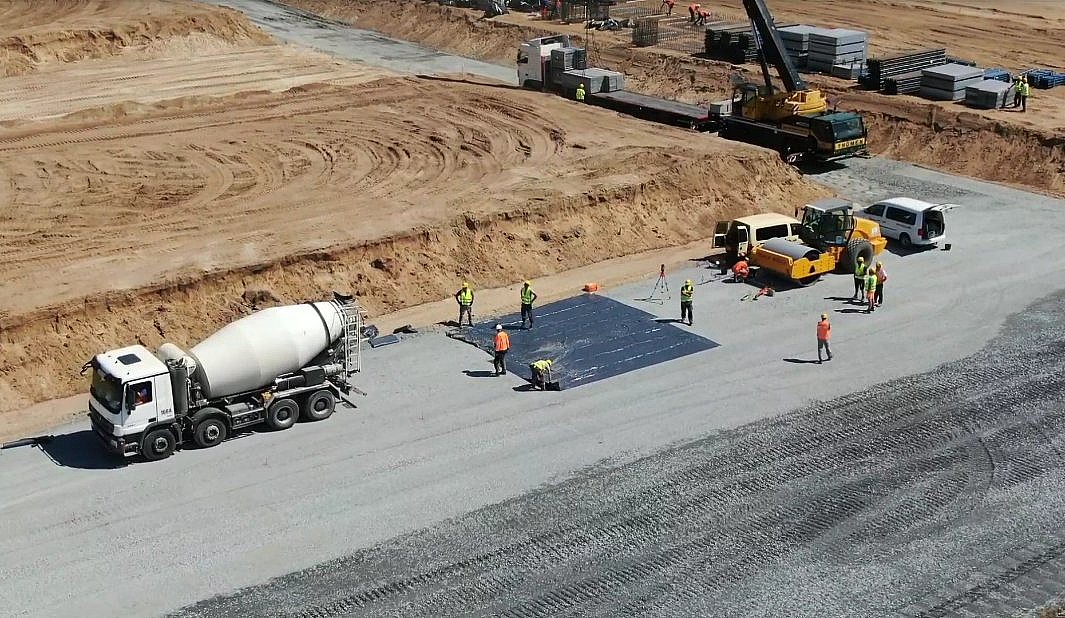 It appears that the first sections of Tesla’s first European production facility, known as Gigafactory Berlin, will be overlaid with concrete soon. Recent photographs from Tesla enthusiast Tobias Lindh show a mixer truck on the excavated property that’s currently overlaid with gravel.

With Tesla receiving preliminary permits for foundation work in late May, crews have been working diligently at the Giga Berlin site to begin the groundbreaking process of the production facility.

Tesla’s construction teams have worked through a lengthy process for preparing Giga Berlin’s land. The excavation process was completed in late March and early April, but further testing was needed to determine the property’s integrity and strength. Therefore, load tests occurred on the site where crews brought in a single pile driver to test the ground’s durability.

The large, dark concrete square that workers are standing on in the photo appears to be a footing, which helps provide a stable environment for the concrete to set on. Footings are not imperative, but they are often used during the construction of large buildings to ensure stability because of excessive load volumes. They also help prevent concrete settling, which can lead to uneven and unreliable foundations.

The development of the land and preparations for groundbreaking have moved along in a timely and efficient process over the past few months. While crews have dealt with numerous delays from COVID-19 and pauses due to citizen concerns, officials have stated that the progress of Tesla’s facility is poised to stay on schedule.

Tesla has received immense amounts of support from German government officials such as Jörg Steinbach and Peter Altmaier. Both officials have expressed their support for Tesla coming into the country because the automaker is expected to provide a considerably positive economic impact on the country’s automotive sector. Giga Berlin will also employ around 12,000 people, providing plenty of jobs to the country’s citizens.