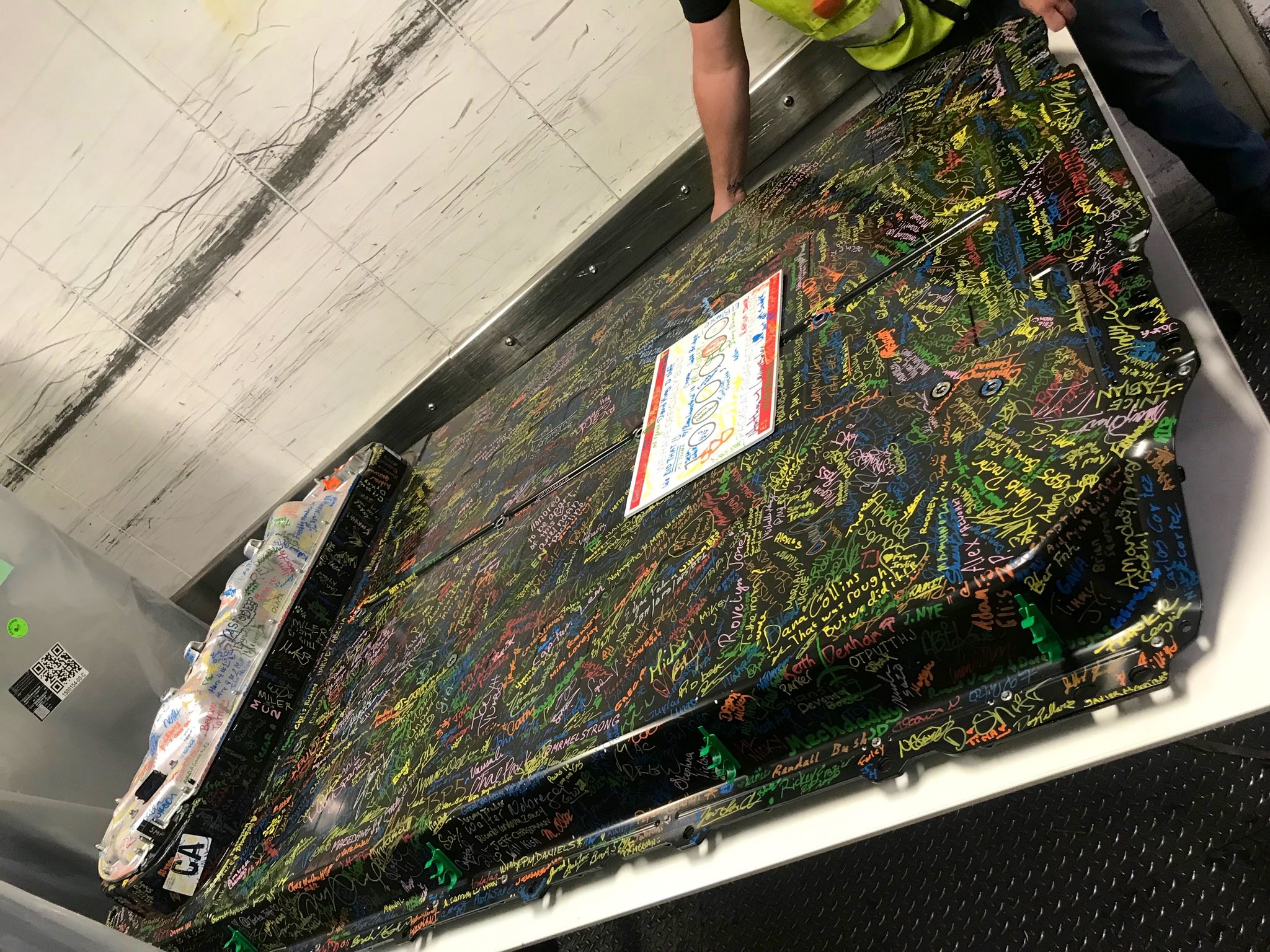 Tesla Gigafactory Nevada employees have built the 1,000,000th battery pack produced at the plant. Employees at the Sparks, Nevada facility have each signed the commemorative pack, recognizing their hard work has officially resulted in one heck of a milestone for Tesla as a whole and each worker involved on production lines.

Earlier this month, we reported on the official production of the 1,000,000th pack. Now, employees are celebrating the milestone.

A picture of the milestone battery pack was shared by Twitter user @brondonee916, who shared some details regarding the pack’s significance and outlined the fact that each employee signed it. Interestingly, some employees also wrote down notes beside their names, including one employee who said, “That was rough, but we did it!”

Gigafactory Nevada is a massive operation that has been in Tesla’s possession for just over seven years. In February 2014, Tesla announced that it would utilize a large production facility in the Nevada desert to supply its dreams and goals of ramping to 500,000 vehicles annually. Several months later, in July, Tesla and Panasonic announced that the two companies had agreed to cooperate on a large-scale battery manufacturing plant. Panasonic and Tesla are still working together to build electric vehicle battery packs to this day, with the partnership intact at the Nevada factory.

Now that the factory has been in operation for over seven years and Tesla is approaching between 900,000 and 1,000,000 vehicles produced annually, battery packs from Giga Nevada are rolling off of production lines at an accelerated rate, much faster than ever before. Today, the Gigafactory produces battery packs for the Model 3, as well as electric motors for the company’s mass-market sedan. The Gigafactory also produces Tesla’s Energy Storage products, like the Powerwall and Powerpack.