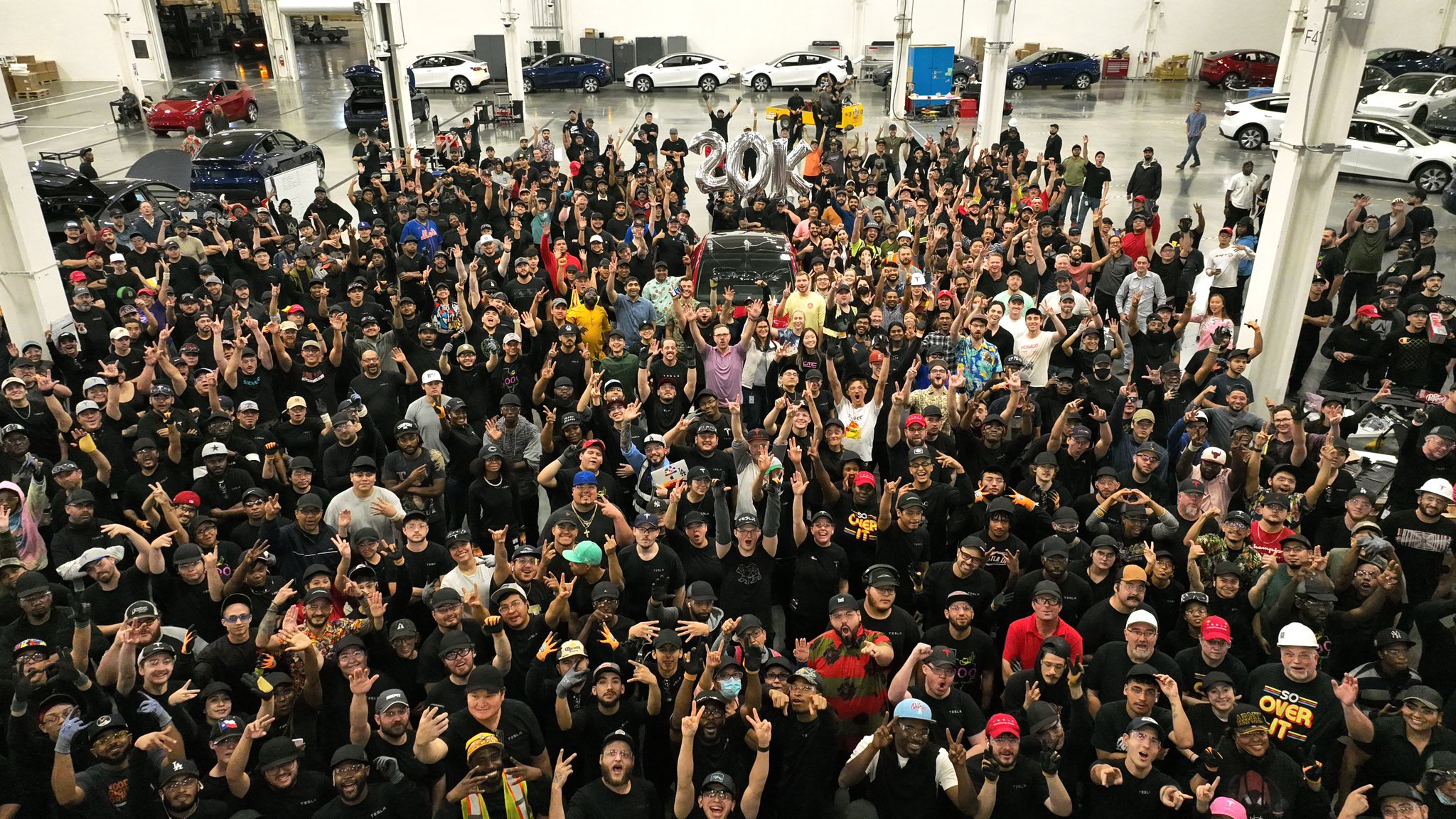 Tesla Gigafactory Texas has successfully built its 20,000th Model Y. The milestone was posted by the electric vehicle maker on its official Twitter account.

A photo of the Gigafactory Texas team with the factory’s 20,000th Model Y was shared online this weekend. The Giga Texas team could be seen posing proudly with the vehicle in the photo, with many smiling broadly while holding up the number two sign with their hands.

With its new milestone, it would appear that Giga Texas’ Model Y production is definitely improving its pace. It was only September 18, 2022 when the facility built its 10,000th Model Y, after all. Back then, reports indicated that the facility took about 108 days before the 10,000th all-electric crossover was produced. The 20,000th Model Y was produced just 43 days later.

Tesla watcher Troy Teslike, who has gained a reputation for accurately estimating some of the electric vehicle maker’s key metrics and performance over the past years, has noted that Giga Texas was able to produce a total of 20,000 units in 151 days.

Giga Texas remains one of Tesla’s most important facilities today, with CEO Elon Musk noting in the Q3 2022 earnings call earlier this month that the company’s second-generation manufacturing equipment for 4680 cells has been set up in the facility. This should help Tesla ramp up the production of its next-generation vehicles, which are produced with front and back megacasts and a structural battery pack.