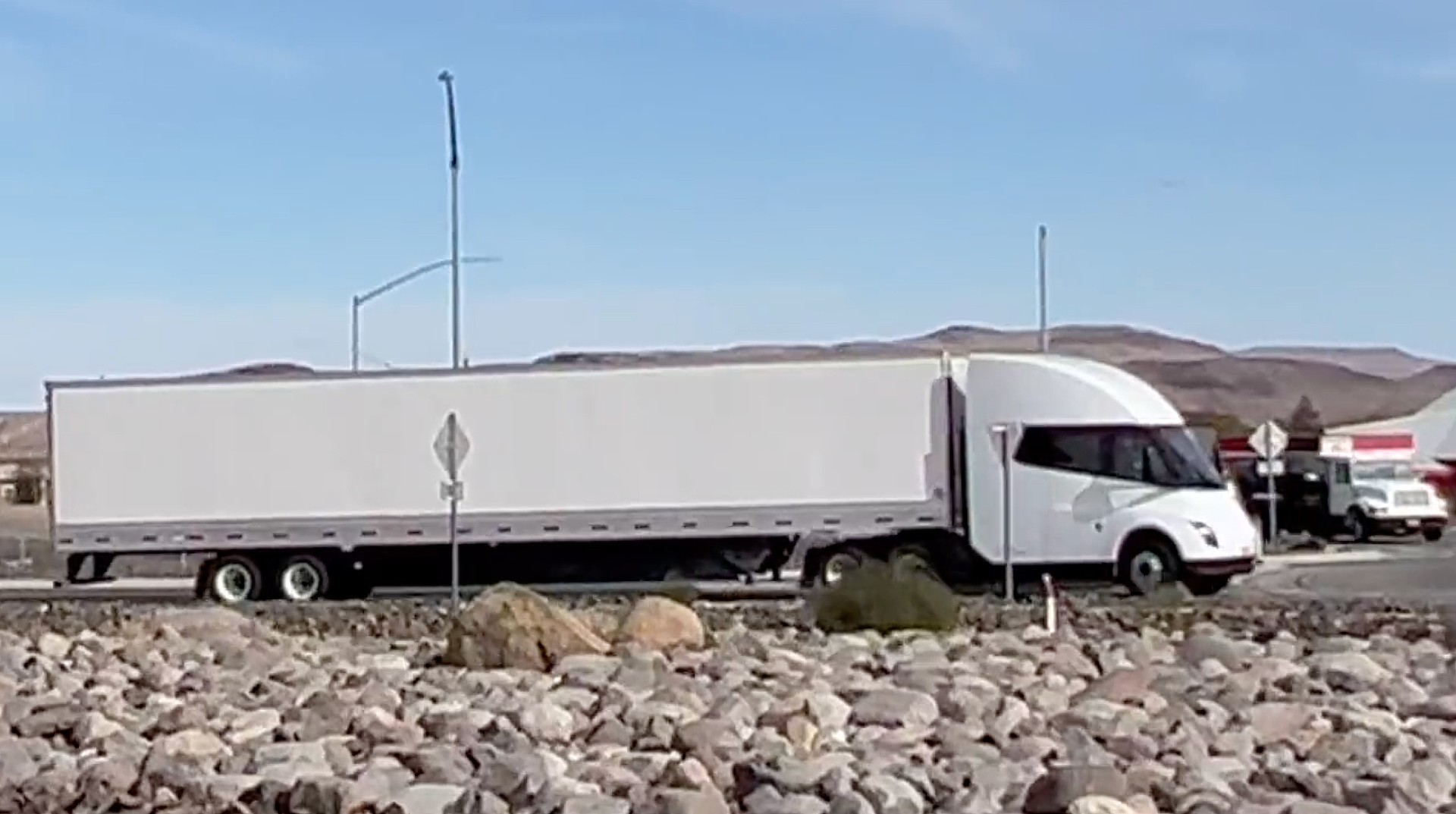 The days of swearing under one’s breath when one finds him/herself stuck behind a semitrailer may be coming to an end, at least to a point. With the Tesla Semi in the picture, faster, quieter cargo trucks will likely be the new norm. This was teased as much in a recent sighting of the Class 8 all-electric truck.

When the Tesla Semi was unveiled in late 2017, CEO Elon Musk made it a point to highlight that the vehicle’s performance would be quite unlike anything that’s on the road so far. Musk noted that the Semi would be able to accelerate to highway speed in about 20 seconds with a full load, which is nowhere near as fast as a regular Tesla like a Model 3, but way faster than a traditional diesel hauler.

This was shown recently in a short video of what appears to be a production Tesla Semi pulling a trailer and accelerating from a dead stop. The video of the vehicle was short, but one could see that its speed and power were remarkable. Interestingly enough, the Semi also had an otherworldly, futuristic sound while it was ripping ahead.

The Semi’s acceleration and performance have not really been discussed much, partly because Tesla critics have widely considered the Class 8 all-electric truck as a vehicle that would never be released. However, Tesla executives have confirmed that the Semi’s first deliveries to PepsiCo are indeed happening on the first of December.

The Tesla Semi’s first deliveries will likely be quite an event, with CEO Elon Musk stating during the third quarter earnings call that he would be in attendance when the EV maker hands over the first Semis to PepsiCo. Musk has also made it a point to highlight that the Semi would be a no-compromise vehicle, especially when it comes to cargo.