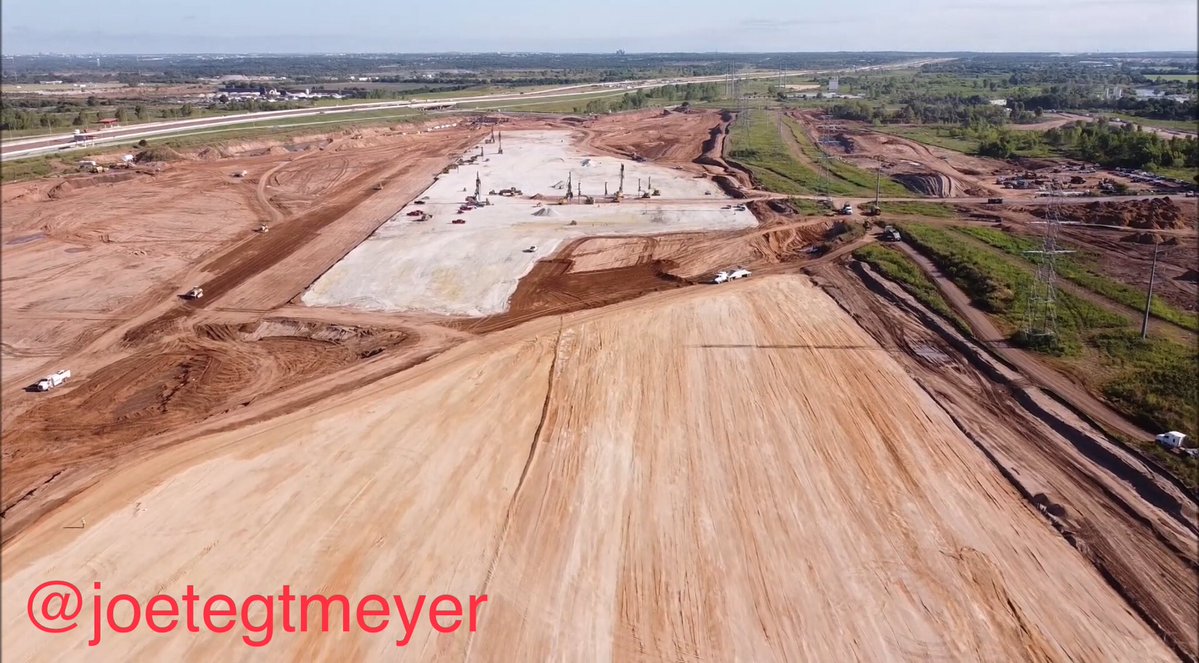 In line with the company’s trend of building its new electric vehicle factories in a blazingly quick pace, the construction of Tesla’s Gigafactory Texas has been in full throttle since it started a few weeks ago. What’s quite remarkable is the fact that the already massive construction zone that has been observed so far is now being expanded, hinting at the mammoth size of Tesla’s upcoming Cybertruck facility.

Tesla enthusiast and drone operator Joe Tegtmeyer’s flyover on Wednesday has revealed that ground leveling and gravel application activities have begun westward. With this, the width of the area where foundation work is ongoing has grown considerably wider. In his footage’s description on YouTube, the drone operator noted that while the exact measurements of the expanded work site are quite difficult to estimate from the air, it is evident that Giga Texas’ Phase 1 zone will be massive.

“Big news is that the width of the foundation is growing wider, perhaps doubling as new ground leveling and gravel application is expanding further westward. Although it is hard to get exact measurements, it may grow to be about 700 feet (213 meters) wide or even more! Overall length is also difficult to measure, but estimates of 5,000 feet (1,525 meters) or even longer are probably in the right ballpark! Even though we may not yet know the actual dimensions, there is no doubt that this is going to be a massive building!” Tegtmeyer remarked.

Quite interestingly, other areas in the Giga Texas complex have also shown progress. An area north of the concrete yards in the complex, for example, is speculated to be allotted for a potential power substation. Work in the swampy area at the northwest end of the site is also ongoing. And with the current pace of the activities in the area, it would not be surprising if Tesla and its construction partners are able to get rid of the swamp sooner than expected.

Gigafactory Texas has only been under construction for a little over a month, but the progress of the site has already been considerable. The number of heavy machinery deployed at the complex has turned the speculated Phase 1 area into a bustling area of activity. With such a pace in mind, it appears that Tesla’s Giga Texas may end up rivaling, or perhaps even surpassing the already-impressive pace of Gigafactory Berlin, whose use of prefabricated materials has all but stunned Tesla bulls and bears alike.

Gigafactory Texas will be producing some of Tesla’s most important vehicles, especially the Cybertruck and the Semi, two heavy-duty EVs that have the potential to tap into markets that have been out of reach for the company so far. Considering the recent observations from drone flyovers of the Giga Texas complex, it appears that Tesla’s largest and toughest vehicles are poised to be produced in the company’s largest and toughest factory as well.

Watch a recent flyover of the Giga Texas site in the video below.