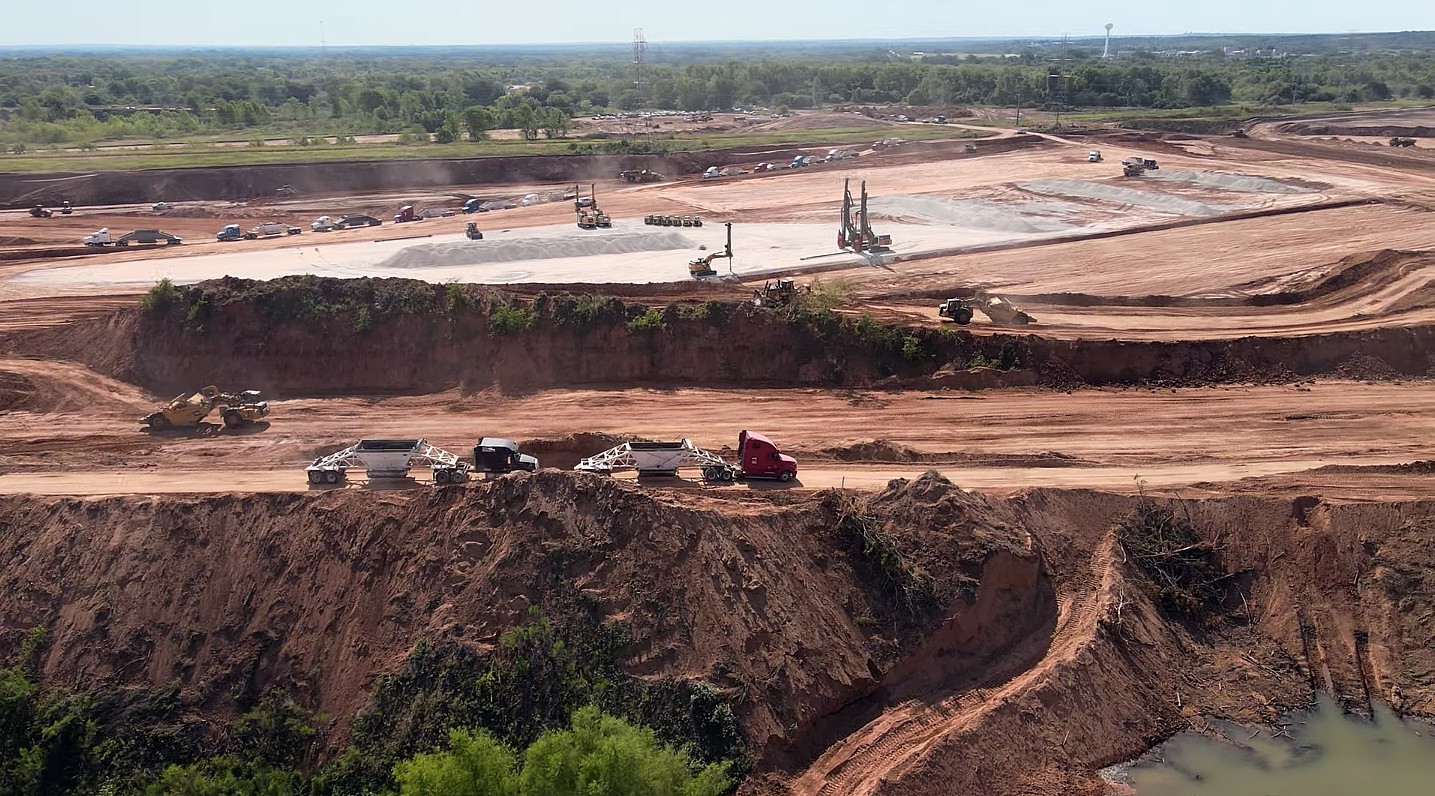 The construction of Tesla’s Gigafactory Texas has been progressing at an astounding speed. Even before it was formally announced, preliminary work at the expansive complex already began. And now, less than a month since the Q2 2020 earnings call, drone flyovers at the Giga Texas site have revealed that the first pile drivers are already being deployed in the location.

Sightings of the first pile drivers at the Giga Texas site were initially reported this weekend by Tesla enthusiast Jeff Roberts, who conducts regular flyovers on the complex to monitor its progress. The pile drivers, which appear to be Liebherr LRB 125 units, seem to be operating in a section of the Phase 1 zone that is being prepared for paving.

Apart from the pile drivers, videos of the complex show numerous trucks being deployed at the Gigafactory Texas location. Heavy equipment could also be seen operating inside a rather swampy area. Overall, the site of Giga Texas’ first phase is currently abuzz with activity, and it appears that things are only bound to get even busier.

The incredible pace of Gigafactory Texas’ construction is perfectly represented by the fact that a section of the Phase 1 site appears to be getting prepared for paving despite ground-leveling activities still ongoing in surrounding areas. This is quite different and notably faster than the pace adopted by the company for the first phase of Gigafactory Shanghai and Gigafactory Berlin, both of which were leveled before initial construction began.

Based on the pace of Gigafactory Texas’ construction, it appears that the electric car maker is intent on ensuring that its Cybertruck factory will be built at a pace that’s even quicker than the already-insane progress in Shanghai and Berlin. Gigafactory Shanghai, after all, already set records in China due to its construction’s near-surgical precision and pace, and Giga Berlin is proving even faster thanks to its use of prefabricated materials.

With this in mind, Tesla may be on track to do something remarkable with Gigafactory Texas. The site may very well be the most expansive yet among Tesla’s factories, and if its current pace is any indication, it may end up being one of the fastest-built factories of the company as well. This is quite impressive, especially since Elon Musk noted during the Q2 2020 earnings call that the upcoming Giga Texas complex will be the first of the company’s facilities that will be partly open to the public.

Watch a recent flyover of the Giga Texas complex in the video below.