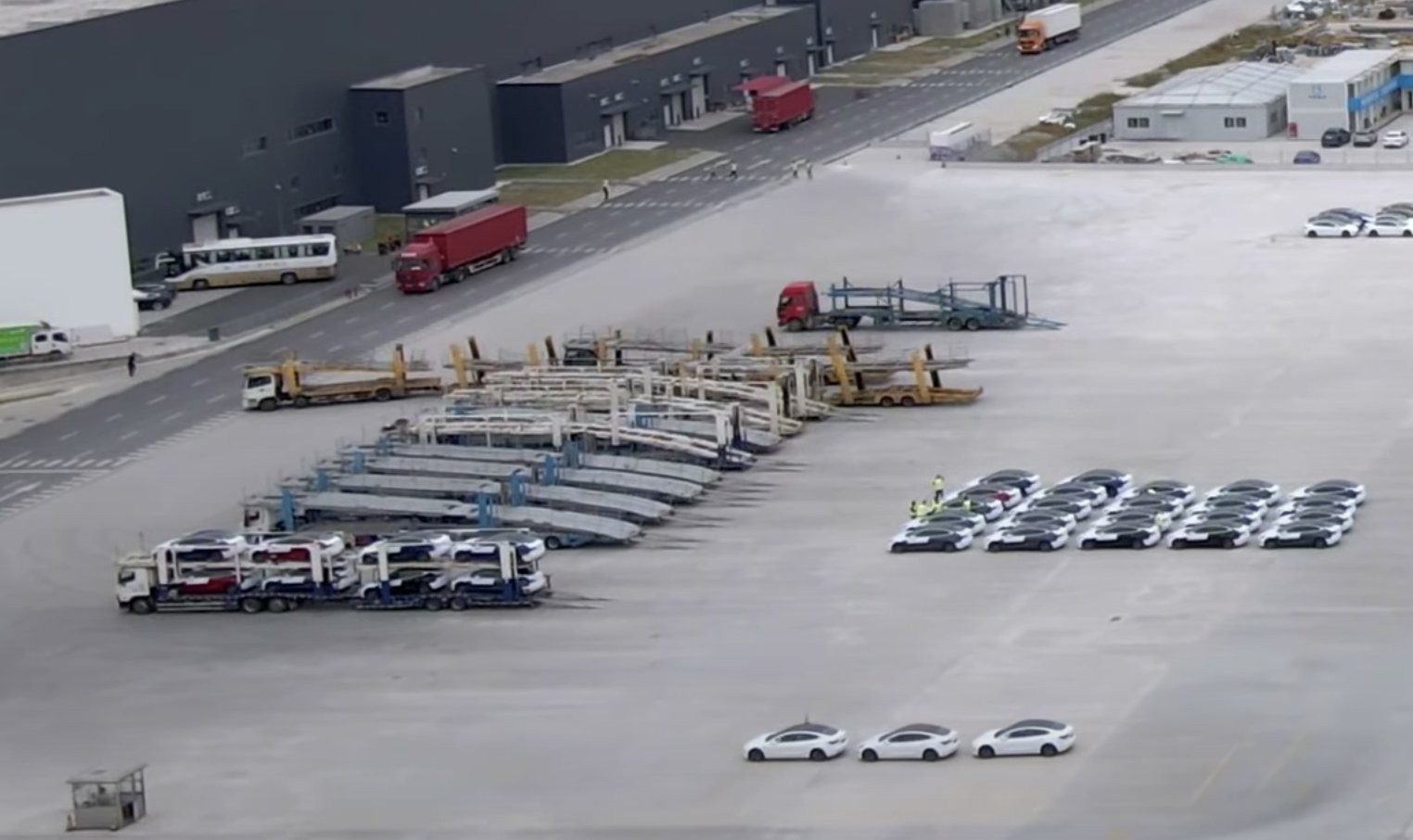 It appears that Tesla Gigafactory Shanghai has started exporting its locally-made Model 3 to Europe. In September 2020, the all-electric car maker began preparations in Giga Shanghai to produce Model 3 vehicles optimized for export in Asia and the European region.

Tesla’s plans to export the China-made Model 3 from its Shanghai facility were slated to begin in the fourth quarter and the EV automaker seems to have started exporting the Model 3 right on schedule.

According to Greendrive, a customer in Europe was the first to confirm that Giga Shanghai’s Model 3 exports had officially started. The said customer ordered a  Model 3 SR+ with a stock hitch and noticed that his invoice stated “Model 3 – China.”

The future Model 3 owner double-checked the invoice for more clues. His Model 3’s VIN also seemed to support that it would be coming from Gigafactory Shanghai. The VIN read “LRW-XXXXXLCXXX.” The “L” stood for the year his Model 3 would be made and the “C” stood for the country it was coming from, which in this case stood for “China.”

Indications that Tesla was already sending its China-made vehicles to other countries emerged when longtime drone-operator Wu Wa conducted a flyover of Gigafactory Shanghai. As could be seen in his footage, the massive facility’s holding lots were filled with Model 3s that had protective wraps.

This, observed Tesla owner-enthusiast Armand Vervaeck, suggested that the Model 3s were being sent abroad, possibly even by train. Wu Wa, for his part, confirmed to Teslarati that the wrapped vehicles he filmed were indeed intended to be exported to other countries.

The main difference between the Model 3 made in the Fremont Factory and Giga Shanghai would be the vehicle’s battery. The Fremont Factory-made Model 3 features nickel manganese cobalt cells (NMC) which have more energy density. However, NMC batteries are more expensive to produce and they still contain cobalt, a rather controversial material.

The China-made Model 3 uses cobalt-free lithium iron phosphate (LFP) batteries, which have allowed Tesla to reduce the cost of its affordable sedan in Asia. Gigafactory Shanghai’s Model 3 became cheaper than its US-made counterpart earlier this month, partly due to its LFP batteries.

Tesla unveiled its Model 3 “refresh” last week with improved range and performance. Some of the other vehicles in Tesla’s S3XY line also received a range and performance boost. The electric-car manufacturer also reduced the starting price of the Model S, its flagship sedan, to $69,420, making it more aggressively priced against its competitors.

Based on its recent updates, Tesla does not seem to be holding anything back this fourth quarter, and it seems to be revving up for an even more industry-shaking move. These strategies could ultimately be the defining factor in the electric car maker’s attempts at meeting its ambitious goal of delivering half a million cars this 2020.