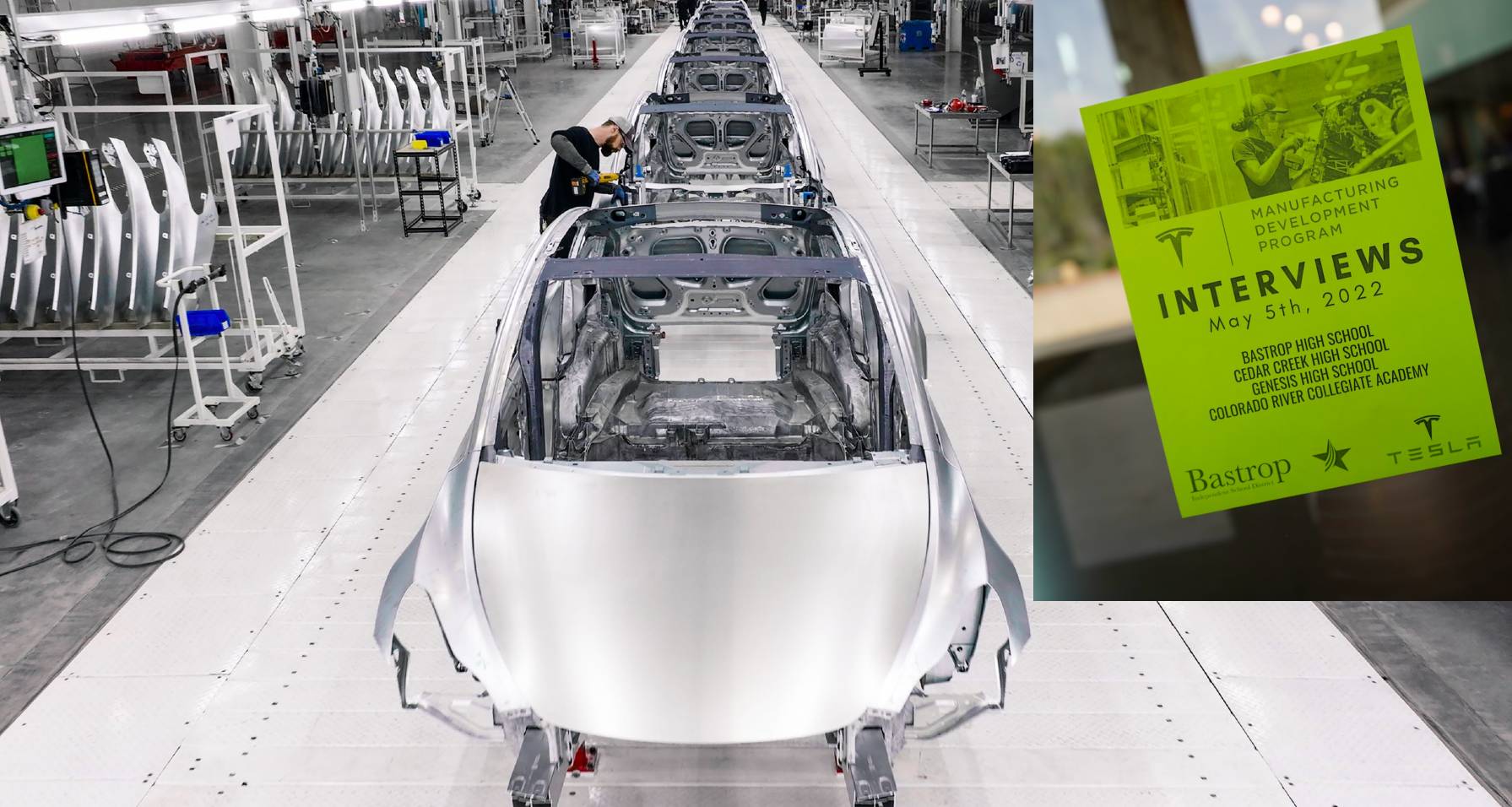 Tesla Gigafactory Texas has been busy interviewing Bastrop Independent School District seniors. It has been tapping into local talent to fill job openings.

Tesla interviewed 70 high school seniors on Thursday, May 5, and has been recruiting from the local talent pool for the past three weeks. BISD associate superintendent, Kristi Lee, told KXAN The EV manufacturer is seeking to fill at least 20 production associate positions.

Amanda Brantley — Bastrop ISD’s director of college, career, and military readiness — noted that over 70% of BISD’s students are from low socio-economic backgrounds. As such, a number of students do not have the opportunity to go to college. Opportunities to further their studies or plan for a better future can be rare.

“It’s not just about the position being open, it’s that they’re able to get training through ACC at no cost to them, and really get their foot in the door. And for some of our students, that wouldn’t be possible,” Brantley said.

Tesla is also working with BISD on the Pathways in Technology Early College High School (P-TECH) program for the fall, which will provide job opportunities in manufacturing and technology. Tesla will also offer the P-TECH program to Del Valle ISD students in the fall.

Tesla committed to generating 5,000 jobs in Giga Texas. About 3,000 of Giga Texas positions will be semi-skilled jobs that do not require a college degree.