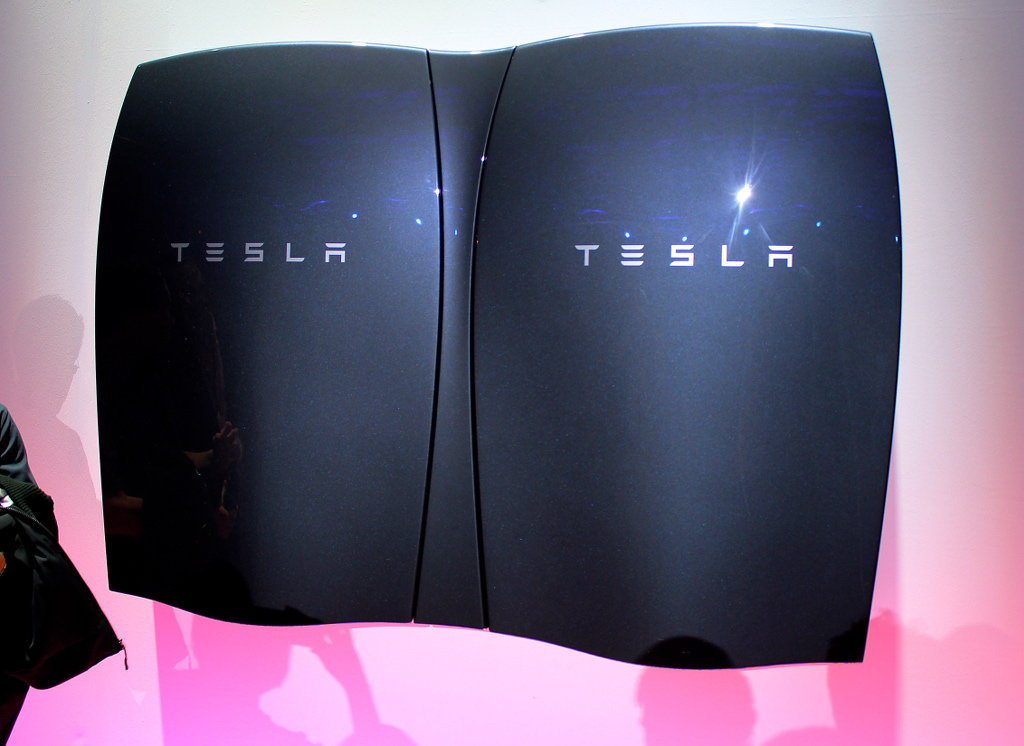 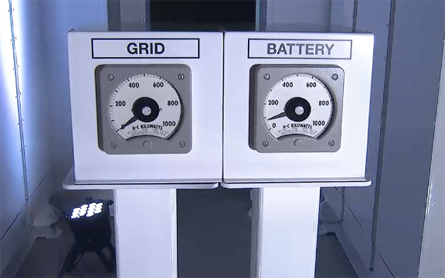 Most home owners aren’t looking to move off the grid, yet, charging with clean energy seems to be the biggest driving factor. (Photo Credit: Grant Gerke)

It’s been interesting to read and watch how corporate media, industry experts and financial analysts digest Tesla Energy’s battery storage solutions over the last seven days. Numerous media outlets are poking at Tesla’s business premise of a 7 and 10 kWH residential battery packs for your home, as they should be.

Here’s a very even-handed take by Dan Steigert, an energy professional, on the 7 kWh daily battery:

If you are getting this out of the battery every day for 10 years the price drops to $0.12/kWhr-cycle, again neglecting installation and inverter price. If this is truly the spec, this is an exceptional number. It is still more expensive than a genset—fossil fuel generator—because the genset can run @ $200/kW, and this is $1500/kW.

The residential battery packs are getting a LOT of attention, partly due to the lack of information at the PR event last Thursday in Hawthorne, Calif. For the last couple of months, I’ve been documenting the lack of a residential market for energy storage, think “community energy” and being able group 100 to 200 hundred solar houses and sell it back to the utility. However, utilities are fully engaged in offering commercial demand/response programs throughout the U.S to large companies and, since last Thursday, Tesla has received over 2,500 reservations for its PowerPack, the commercial and building storage solution.

Currently, Amazon is focusing on clean energy to power its data centers and will roll out a pilot program with Tesla Energy for 4.8 megawatts in Northern California. Tesla is also working with Jackson Family Wines and Target on pilot projects.

“As part of Target’s support to our communities, we’re excited to partner with Tesla on a pilot test at select Target stores to incorporate Tesla Energy Storage as part of our energy strategy,” says David Hughes, senior grp. mgr., Energy Management, Target.

So, yes, Tesla Energy has to deliver a real business solution with these pilot projects and, of course, margins need win out. During Tesla’s conference call, Musk said, “Once we get Gigafactory up and running, and high volume and get the economies of scale working, this is just a guess, but maybe it’s somewhere around 20 percent (battery margins). It’s like we just don’t have enough information to say exactly what that would be (at this point).”

Also from the conference call are the similarities between the car packs and Tesla Energy packs and how that could help economies-of-scale.

JB Straubel, CTO at Tesla Energy, says, “Maybe one point on the cost structure. There’s definitely a lot of commonality in the supply chain and even in the manufacturing base on how we do the modules and sales for the Tesla Energy products along with the vehicle products.”

Sounds promising, especially when Tesla is on record saying it should drive down battery costs by 30% when the Gigafactory is fully operational.

So, the company has to deliver but mind share is already there for the Silicon Valley company and its energy storage products. According to Bloomberg, Tesla Energy’s current reservations–no money down is needed–for both the home and commercial products would equate to $800 million if they could deliver immediately.

Ten years from now, who’s going to get credit for leading the clean energy battery storage drive? I doubt Panasonic and Sony and their much pricier battery storage solutions would roll off your tongue.