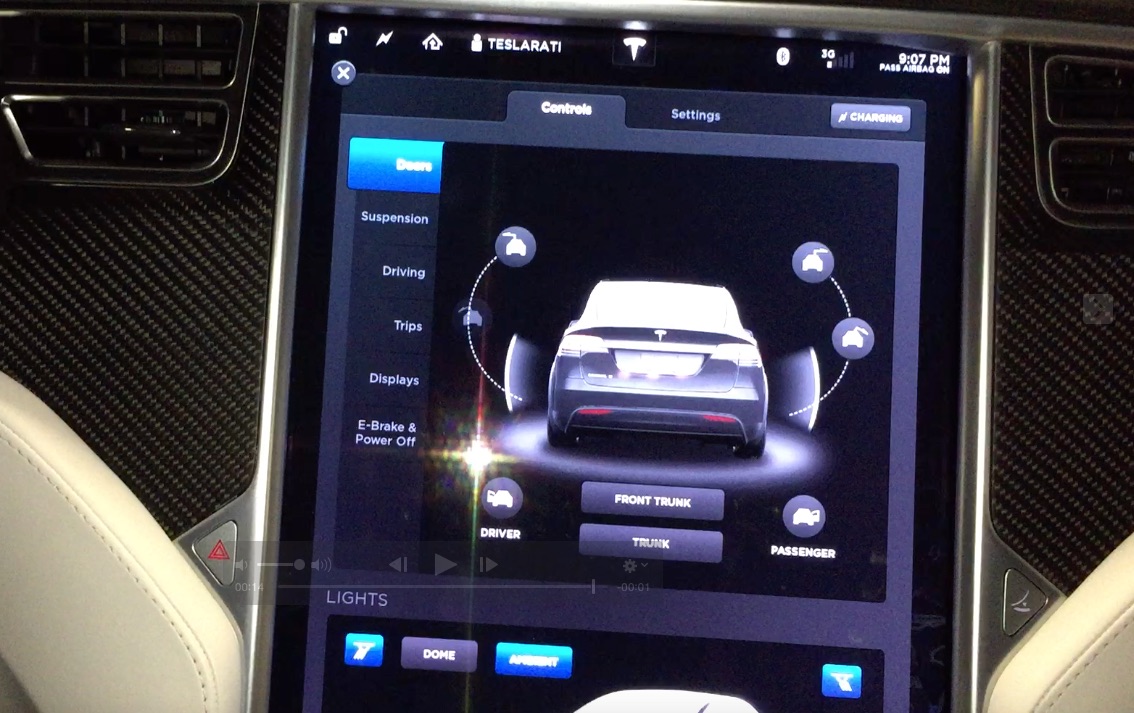 During last month’s Tesla shareholder meeting, CEO Elon Musk announced two upcoming over the air software updates intended to solve remaining issues with the falcon wing doors. “The software that controls the Model X and the operation of the doors has been incredibly difficult to refine,” Musk admitted at the time. “I think we’re almost there in making the doors useful.”

“Digging ourselves out of the hole has been quite, quite hard,” he admitted. “I think with the software release that’s going out shortly and then the other one that’s going out in a month or so, I think finally we’ll be at a point where the doors will be better than normal doors as opposed to worse.”

That first update made controlling the falcon wing doors from the touchscreen more intuitive. What used to take several steps to close now takes only a single press of a key fob. With the latest v7.1 (2.24.78) update, Model X will limit how high the doors and rear liftgate will open when it detects low overhead clearance. Building on previous features that allows the vehicle to save ride height settings by location, the new software update will allow Model X to save door height settings by location. Among other improvements bundled within the v7.1 update is the ability to open the driver’s front door through the key fob. Currently, the unique self-presenting front doors can be closed either by proximity detection to the key fob (when walking away) and via a press of a button (see video). However opening the doors requires either a manual press of a recessed door button or being within a finite distance of the vehicle.

Musk has always said that the Tesla Model X falcon wing doors was motivated by the problems he faced on his Audi Q7. Musk found getting into and out of the Audi’s third row seats to be almost impossible. “The Audi Q7 is particularly horrendous,” he told Forbes during an interview in 2012. “Even in the best case scenario, you need to be a dwarf mountain climber to get into the back seat.” He told his designers he wanted doors on the Model X that would allow people unrestricted access to the third row seats. On one hand, the falcon wing doors are a stunning innovation. Not only do they accomplish the goal Musk set, they have come to define the Model X. People are mesmerized by how they articulate in several ways at once. They have come to symbolize the whole Tesla experience — a bold step into the future that recognizes no boundaries. On the other hand, those doors have caused Tesla enormous headaches. The complex engineering task delayed the debut of the Model X long past its original due date. Since production began, customers have complained about doors that don’t open or close properly. On occasion, the sensors built into the doors have failed to detect objects overhead, leading to damage from encounters with roof beams and other obstacles.
TMC member FoxXxy posted this photo on April 15 and said, “Guess the honeymoon on my Model X is over!”

Is this the final step in falcon wing door development? Probably not. Tesla is always considering feedback from owners and working to improve the performance of its vehicles. It is still the only company that uses over the air software updates on a regular basis — something other manufacturers are just starting to consider.