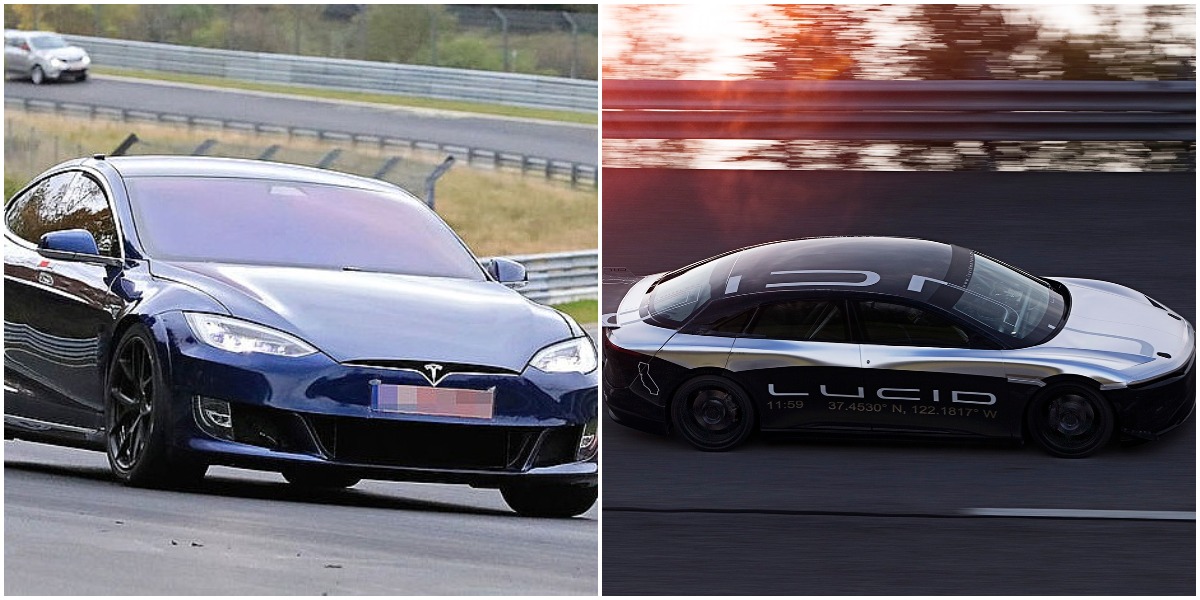 Tesla and Lucid Motors are paving the way for an internal combustion car exit in terms of performance vehicles. The two companies, with their impressive specifications, are showing that if a consumer wants a fast car, they should consider battery-powered machines first and foremost.

The Tesla Model S seemed to break the mindset of many EV skeptics who claimed that gas-powered vehicles would always reign superior on a drag strip. For a long time, critics of the electric movement thought that cars powered by battery cells would always be similar to golf cars: slow and boring.

However, the Model S quickly changed the tune of the skeptics, turning in quarter-mile times that snuck under the 11-second mark. Tesla has worked to continuously improve the power output of its vehicles with increased battery and motor efficiency, along with aerodynamic enhancements that came from Software Updates.

Then came along Lucid. The company has been hyping its first vehicle, the Air, for several years. Tesla fans were skeptical, as they should be, but Lucid has proven itself to be a real player in the EV market over the past few months. After showing that its 517-mile range was for real, the company revealed that it had invented a series of new advancements that would improve the performance of its vehicle. These developments were critical to the Air’s performance specifications, and the car became the fastest production car ever to complete a quarter-mile race with a 9.9-second time.

With Tesla still working on its Plaid Mode variant for the Model S, which set a course record at the Nürburgring last year, there is some cause for concern with ICE companies who claim their vehicles can dethrone the instant torque and lightning-quick acceleration from electric cars. Now, these automakers don’t only have to deal with Tesla’s rapidly improving powertrains, but Lucid has proven itself to be a bit of an issue as well.

It turns out that only two other production cars have ever achieved a quarter-mile with a 9.9x-second time from a standing start: The Porsche 918 Spyder at 9.716 seconds, and the Bugatti Veyron Super Sport at 9.9 seconds. The Porsche used some battery power to achieve this time, as it was a hybrid-electric vehicle. Other cars have achieved the time with a one-foot rollout, but the Air and Model S both achieved their times without this rollout.

The Performance of the Lucid Air has virtually opened a revolving door for ICE cars to line up into and rollout of. The Model S was the original benchmark, and Lucid’s team aimed to create a more efficient and aerodynamically superior vehicle than Tesla’s flagship sedan. As of now, they’ve succeeded.

However, Tesla has kept their developments of the Plaid Mode Model S under wraps, and there is no indication of whether it will one-up the Air when it hits the drag strip in the future. One thing, however, is for sure: The culmination of Tesla and Lucid’s development of their performance vehicles has effectively dug the grave of ICE cars in terms of quarter-mile performance. With exceptional range ratings, environmental advantages, and improving technology through software, gas-powered cars will soon find themselves buried by the electric automakers who are striving to create fast and sustainable vehicles for everyone to drive.