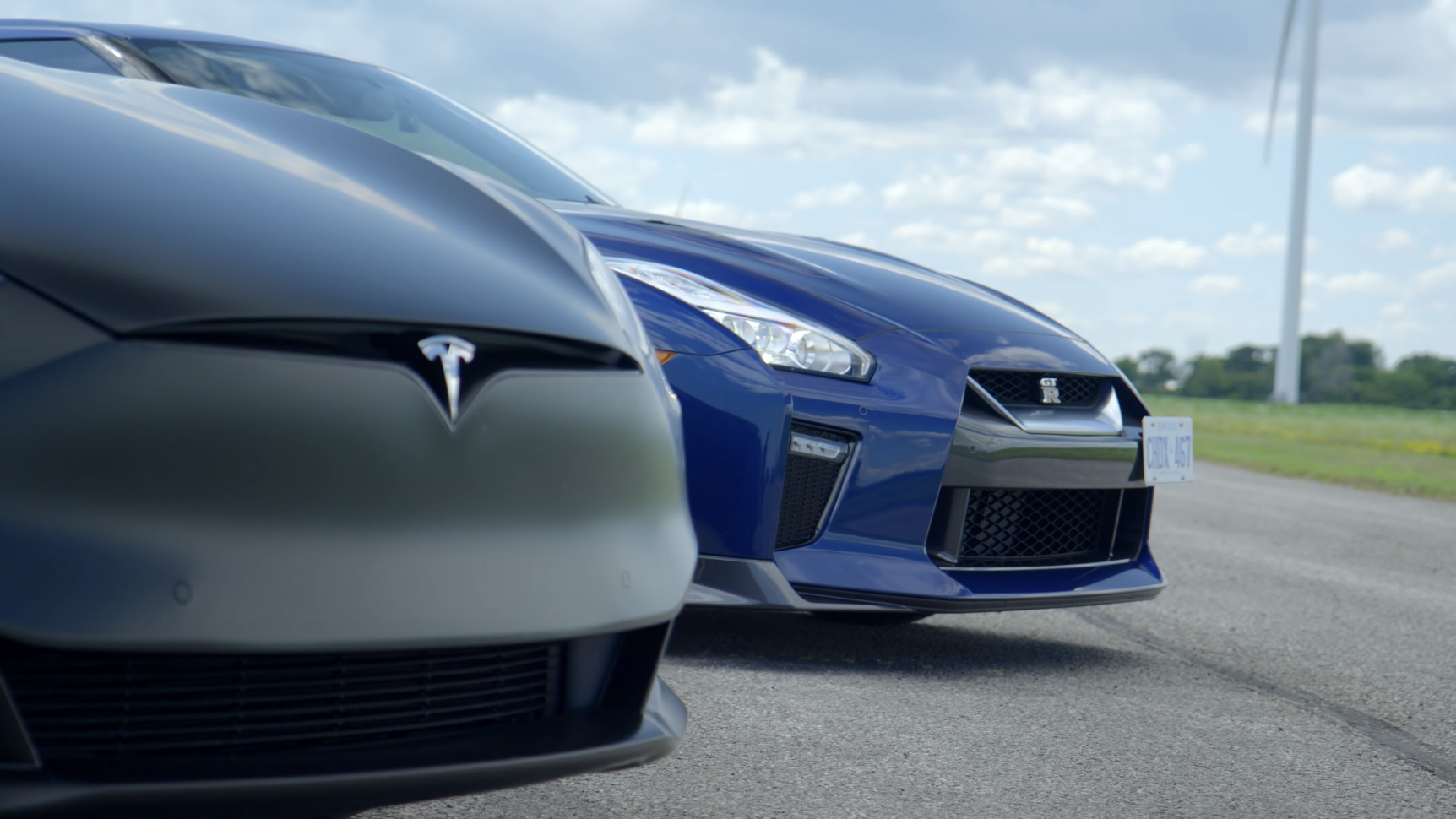 The Tesla Model S Performance has a lengthy list of victims that it has slain on a quarter-mile drag strip, but there’s always room for a few more casualties. The flagship sedan from the Silicon Valley-based electric car maker recently took on the high-performance Nissan GT-R in a race down the quarter-mile to prove whether the Model S could, once again, take down one of the most notorious names among racing fans.

A recent video from YouTube account Throttle House put the two vehicles up against each other in a winner-take-all quarter-mile race. Both cars, known for their exhilarating speed and world-class performance, have significantly different powertrains and concepts.

One is powered by petrol and uses a 3.8 L twin-turbocharged V6, while the other is a dual-motor powertrain that uses a 100-kilowatt hour battery pack.

The GT-R was unveiled by Nissan in 2007 and was initially introduced with the company’s prestigious “Skyline” range. The 2020 Model of the GT-R packs 565 horsepower with 467 pounds of foot torque. It’s 0-60 MPH acceleration is rated at 2.7 seconds, and it is rated at just under 10.7 seconds for the quarter-mile.

Meanwhile, the Model S is the pinnacle of Tesla’s high-performance electric vehicles. The Model S Raven is outfitted with two all-electric motors and a 100 kWh battery pack that gives the car 794 horsepower. It will reach 60 MPH from a standstill in just 2.3 seconds, and has a 163 MPH top speed. With the added “Cheetah Stance” from Launch Mode and the notorious Ludicrous Mode for added performance, it is the fastest vehicle that Tesla currently has.

The two vehicles, in their own right, are impressive in terms of performance and have both been noted as a couple of the best performance vehicles that money can buy. Even though the GT-R holds a considerable amount of power under its hood thanks to Nissan engineering, the question still lies: Can it take out the Model S? Can the gas-powered motor keep up with the instant torque of the electric car and dethrone it from the ranks of the quarter-mile record books?

Check it out below to see which vehicle reigned supreme!