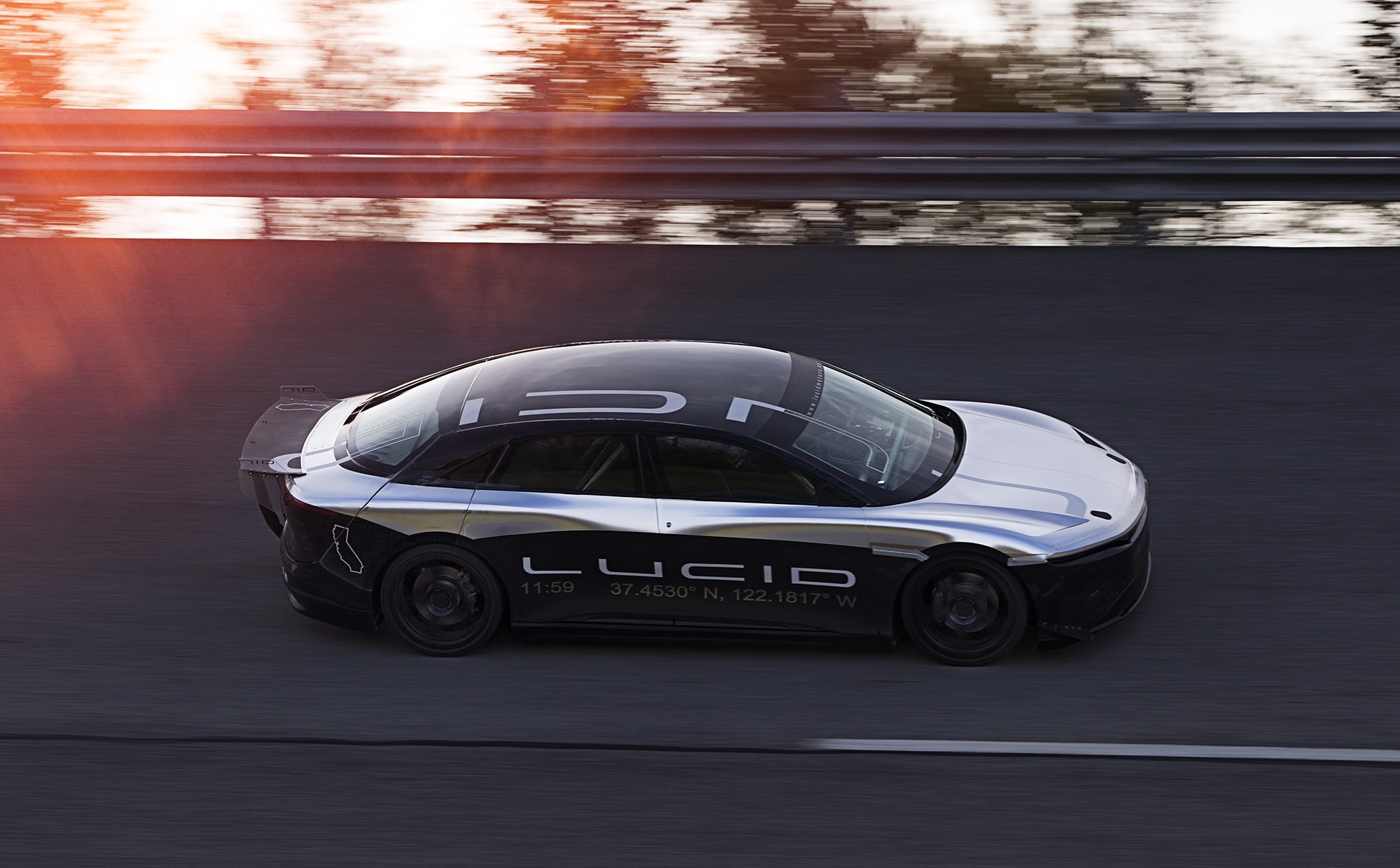 Lucid has released a teaser for its first sedan, the Air, indicating that it may have set a new electric vehicle world record before its highly-anticipated unveiling event on September 9th.

Lucid uploaded a video that revealed the Air’s Dream Edition Variant might have set a new world record during a quarter-mile run at the famous Sonoma Speedway in Northern California. Also known as Sears Point, the track is used for a wide variety of different motorsports, ranging from NASCAR stock cars to the open-wheel Indy Car series. However, the track also has a quarter-mile drag strip, which is what Lucid utilized for the Air’s testing.

How fast is your dream? #LucidAir Dream Edition vs. 1/4 Mile Test Sonoma, CA.

RSVP for the Lucid global reveal, Dream Ahead, on 9.9. https://t.co/CFavh9hqsE pic.twitter.com/YvfocL34ZO

The video did not reveal any specific time, but the quickly ticking timer that appears in the teaser goes as low as 10.48 seconds, but it is doubtful that this time is the lowest that the vehicle achieved. Lucid used the same style of video for the Air’s range unveiling, and that video only went as high as 441 miles. Lucid revealed the Air had 517 miles of range just four days later.

The current world record for a quarter-mile for an electric sedan is held by the Tesla Model S, which completed a drag race in just 10.452 seconds at the Tulsa Raceway Park on May 17th, 2020. The Model S used Ludicrous Mode and the “Cheetah Stance” to record this time.

However, it appears that the Model S may have new competition on the block, as the Lucid Air Dream Edition may have overtaken Tesla’s flagship sedan as the fastest ever to complete a quarter-mile. The results will be officially unveiled on September 2nd.

Lucid has been fine-tuning the Air since the company’s development of the vehicle began in 2014. Not only has Lucid focused on the performance of the car itself, but it has also attempted to make it the most aerodynamic vehicle ever created. The Model S, at one time, held the record for the lowest drag coefficient in the world at .23. However, the Air managed to attain a .21 Cd, which not only benefits its performance but also helps with the range of the vehicle as well.

Earlier this week, Lucid unveiled its 113 kWh battery pack for the Air and indicated that it would be one of the most spacious vehicles in its class ever to exist. Lucid kept its word that it would be a direct competitor to Tesla on paper, but the company has yet to reveal its final product for the Air. The company will hold its official unveiling event on September 9th.