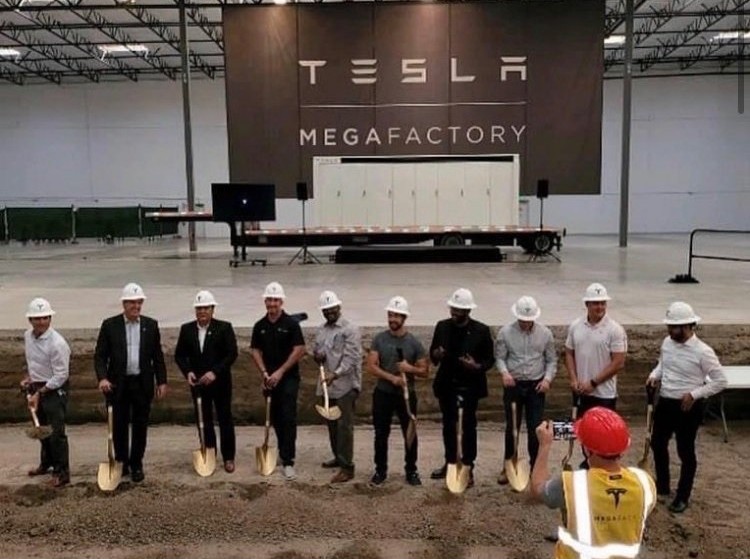 Images of the Megafactory were first shared by Tesla Club of San Joaquin Valley via Facebook user 209 times. The facility is located in Lathrop, a city located in Northern California and just a short drive from Fremont, where Tesla’s main U.S. manufacturing facility for its electric vehicles is located. It is also the site of Tesla’s distribution center, but it is located in a separate facility.

.@Tesla has broken ground in Lathrop for the new MegaPack factory! $TSLA thank you @elonmusk for your continued support of the #SanJoaquinValley pic.twitter.com/RbBkiKe0NE

Rumors of a Megapack production plant swirled through the Tesla community several weeks ago, when well-known insider Sawyer Merritt stated that the automaker might have been ramping up plans to erect a new facility to produce Megapacks using CATL prismatic LFP batteries. It seems that the rumors were true, especially as proof of the facility has been confirmed in the photographs that were initially shared by 209 Times.

Interestingly, the construction of a dedicated facility for Megapack production may have been expected. Earlier this year, Tesla CEO Elon Musk stated that Megapacks were sold out “through the end of next year,” as the energy storage product continues to secure high demand for sustainable energy projects. Recently, Tesla added the Megapack to its website so that entities could order it easily. The price is around $1 million each.

With the new facility being constructed, Megapack demand can continue to increase while Tesla battles it through increased production rates. Of course, the factory will likely take several months or up to a year to build and will likely begin to supplement Megapack production at the company’s Gigafactory Nevada plant.

Megapacks have been the product utilized by most of the notable energy projects on Earth, including in Victoria, Australia, Moss Landing, and a new project in Contego, West Sussex, United Kingdom.