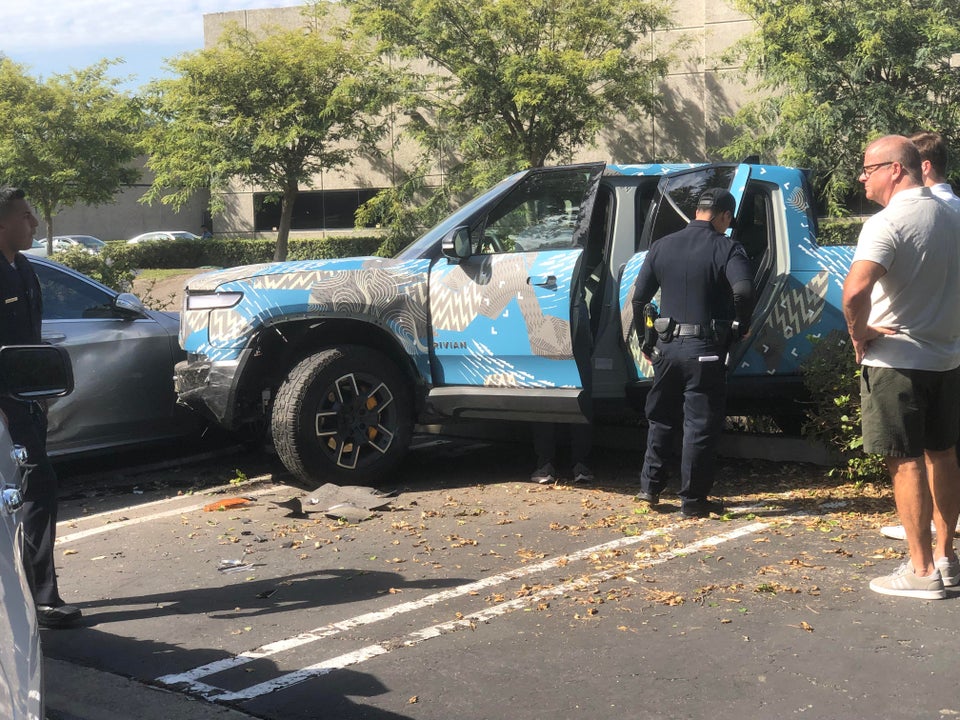 Update: Rivian has released a statement regarding the accident:

A Rivian-owned prototype vehicle was involved in an accident near our Irvine facility today. A Rivian employee was at the wheel. No one was injured, and the accident’s cause was driver error. All safety features performed as intended.

A Rivian R1T prototype was involved in a strange accident involving two parked vehicles in a California lot.

According to eyewitnesses, the R1T mounted a curb and traveled at least 50 feet before colliding with a Mercedes-Benz S Class and a Ford Explorer. The R1T climbed over the curb before running up a grass-covered embankment, driving straight through a series of bushes and then hitting the two parked cars causing considerable damage. However, the accident does not appear to be very serious and instead seems to be a case of loss of control.

Initially shared by Reddit user u/blonktime on the r/Rivian subreddit, images show the path of the R1T before it collided with the vehicles. It also shows the damage to the Ford Explorer, which undoubtedly took most of the damage in the incident. u/blonktime stated that the accident took place in Irvine, California, where Rivian has an office. 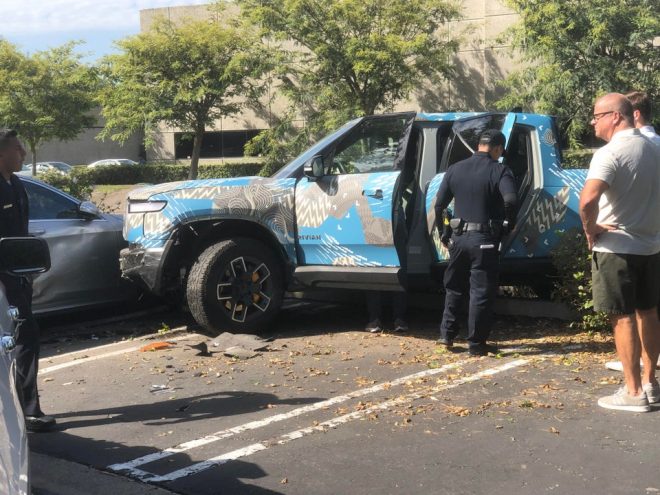 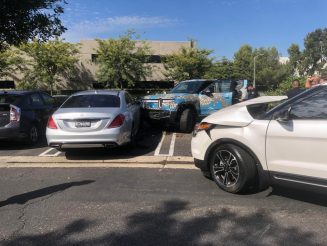 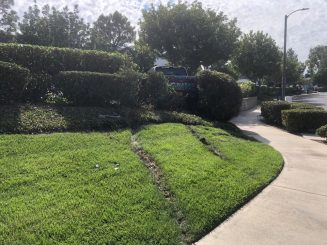 “Not sure if it was throttle malfunction, failure of the brakes, or the guys driving it were just having too much fun on the straight away and braked too late. Cops were everywhere trying to disperse people, so I didn’t have much luck asking any of the engineers who were driving,” the original poster stated.

It is important to remember that car accidents happen. Just because this is a prototype vehicle does not mean the car itself was the cause of the accident. Instead, it could have been a simple mistake by the driver, but details regarding the nature of the crash are still unknown.  The City of Irvine Police Department did respond to Teslarati’s inquiry for comment, and stated the Tustin Police Department handled the incident. We are awaiting response from the Tustin PD.

Rivian has not yet had its vehicles evaluated by the NHTSA or the IIHS for crash test safety ratings. Still, it has performed in-house tests to gain information on the vehicle’s reaction during a collision.

Rivian is set to deliver its first vehicles later this year, and production of the R1T has already begun at the company’s Normal, Illinois, vehicle production facility.

This story is developing. Please check back as we uncover more details.