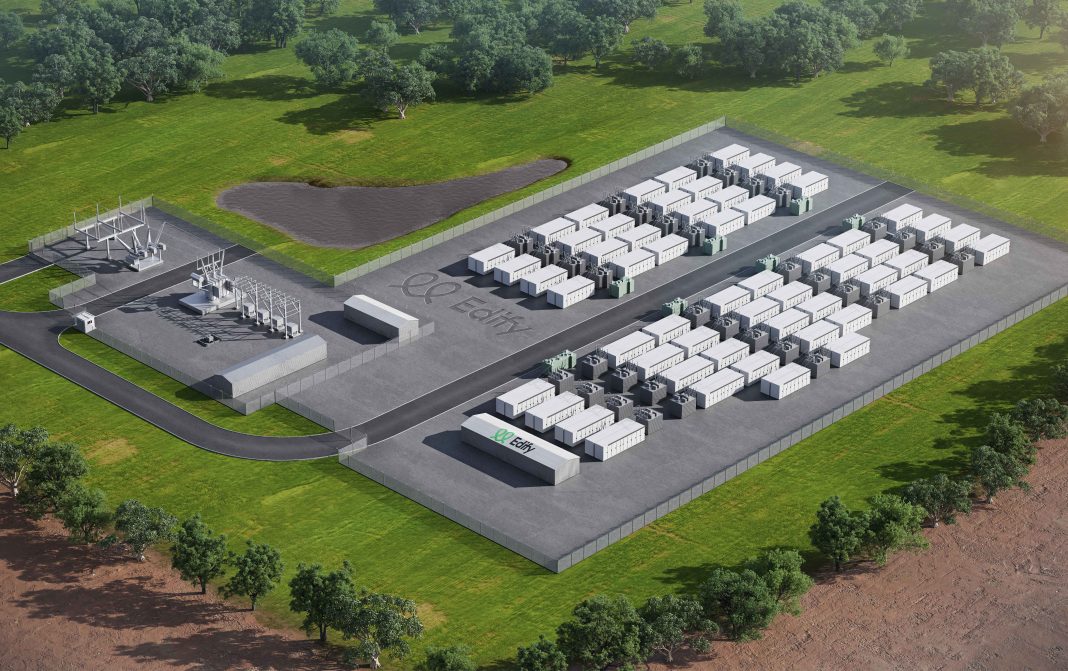 Australian renewable energy Edify Energy has formally announced that its high-profile 150MW / 300MWh battery storage system has completed its financing. The project will be using Tesla Megapack batteries, and it will be located in New South Wales (NSW).

The massive Tesla Megapack farm is groundbreaking in many ways. According to a press release, the project lands a first-time battery asset transaction in the Australian market with Federation Asset Management as the majority owner. It also brings together the Commonwealth Bank of Australia (CBA), Westpac, and DNB in the provision of a long-term syndicated debt facility. It is supported by offtake agreements with Shell Energy and Energy Australia as well.

The Riverina and Darlington battery farms would be among the most advanced battery systems in the National Energy Market, as they are equipped with grid-forming inverters that are capable of operating in “virtual synchronous generator” mode. This allows the Megapacks to operate in a manner that is very similar to a conventional generator, providing crucial system strength services in the region.

Edify Chief executive John Cole has shared his excitement about the Tesla Megapack farms. According to Cole, the battery storage projects should make Edify one of the leaders in Australia’s frontline of innovation in the sustainable energy sector.

“We have long been believers of harnessing the full capability of power electronics and preparing for a 100% renewables-based grid. It is exciting for Edify to be delivering another ‘first in market’ facility. In this instance, we’re using the combination of the dispatchable properties of batteries with a new vintage of grid-forming inverter control systems to create a generator that can provide power system support services, which have traditionally been provided by thermal synchronous generators.

“It is testament to the capabilities of the Edify team that we have obtained approval from AEMO and TransGrid to operate the batteries in ‘virtual synchronous generator’ mode from the commencement of commercial operations. This facility is providing load and additional strength to the grid in an area where both add a lot of value. Edify will continue to advance to a 100% renewable future with the confidence of a stable, reliable power system,” Cole said.

With the financing of the battery farms completed, the Riverina and Darlington Megapack farms could now be built. Construction of the battery farms is expected to start in the near future, with Tesla Motors Australia under contract to deliver the facility. The battery installations are expected to be completed in stages during the first half of 2023. When completed, the 150MW / 300MWh Megapacks are expected to be capable of powering about 40,000 homes in the area for two hours.

Edify’s press release can be viewed below.