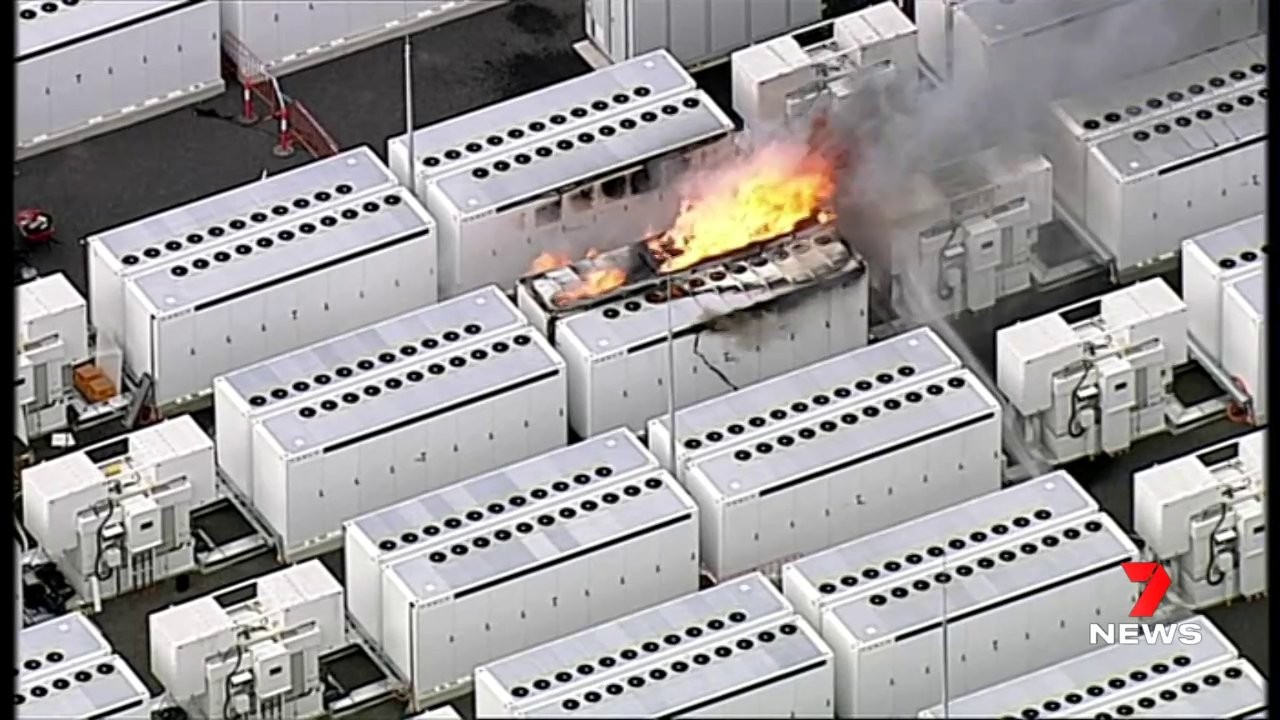 A Tesla Megapack battery unit has caught fire while being tested at the newly registered Victoria Big Battery. The massive energy storage installation is located at Moorabool in the state of Victoria, Australia.

Pictures of one Megapack battery unit that was ablaze were shared online by local news News 7 Melbourne . Based on the photos, it appeared that the flames were only affecting two of the giant battery units. The other Megapack batteries that were installed beside the burning battery seemed largely unaffected by flames.

The Tesla Megapack battery farm, when completed, will be a 300MW/450MWh installation, making it one of the largest batteries in Australia to date. Similar to the Hornsdale Power Reserve in South Australia, which uses Tesla’s smaller Powerpack batteries, Neoen Australia owns the Victoria Megapack farm.

In a statement to Renew Economy, Neoen Australia managing director Louis de Sambucy confirmed that only one of the battery units in the facility caught fire. The executive also confirmed that the incident resulted in no injuries. The fire did not impact electricity supply as well.

“We can confirm that during initial testing today at approximately 10-10.15 a.m., a fire occurred within one of the Tesla Megapacks at the Victorian Big Battery. No one was injured, and the site has been evacuated.

“Neoen and Tesla are working closely with emergency services onsite to manage the situation. The site has been disconnected from the grid, and there will be no impact to the electricity supply. We will provide updates and further details as they become available,” de Sambucy remarked.

The Victoria Megapack battery farm is expected to be in full operation this summer. It has a 10-year contract with the Australian Energy Market Operator (AEMO) to provide services that would allow the capacity of the main transmission link between New South Wales and Victoria to be increased when needed. The facility would also be providing FCAS services. It remains to be seen if the recent fire would result in some delays in the big battery’s full deployment.