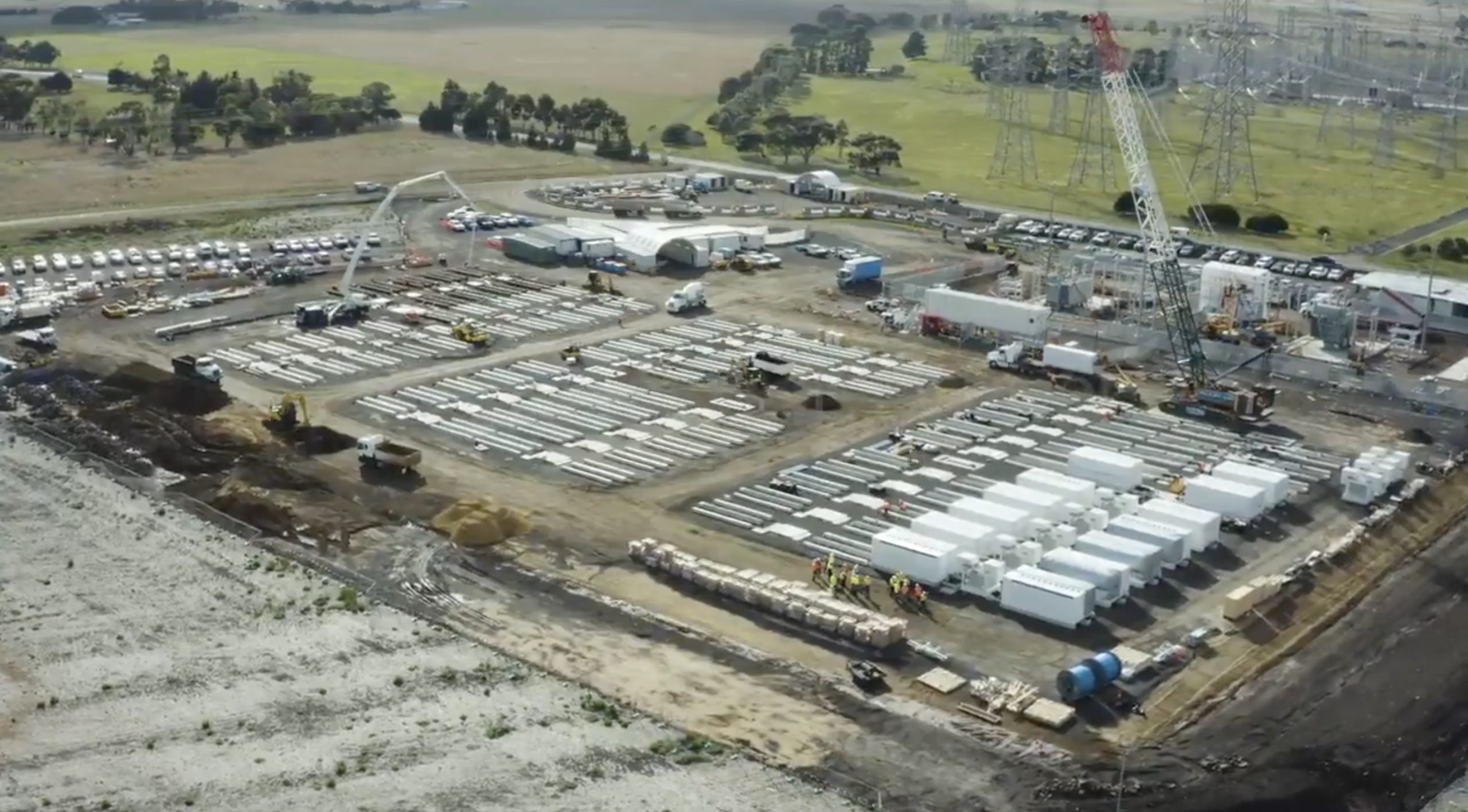 Tesla Megapack system in Victoria gets closer to grid connection

Telsa’s Megapack project in Victoria, dubbed the Victorian Big Battery, was officially registered with the Australian Energy Market Operator (AEMO). The move marks a step closer toward Phase 3 of the operation.

In November 2020, Neoen signed a contract with Australia’s Victorian Government and AEMO to provide up to 250 MW of peak capacity using Tesla Megapacks. Overall, the Victorian Big Battery is a 300 MW grid-scale battery storage project.

At Tesla’s latest earnings call, Elon Musk revealed that Megapacks were sold out “through the end of 2022.” With that in mind, it seems more Tesla Megapack systems will be deployed in various areas in the next few years.

“As all transitions to a sustainable energy production, solar and wind are intermittent and by their nature really need battery packs in order to provide a steady flow of electricity,” said Elon Musk during the last earnings call.

“And when you look at all the utilities in the world, this is a vast amount of batteries that are needed. That’s why in the long term we really think sort of combined Tesla and suppliers need to produce at least 1,000 GWh a year, and maybe 2,000 GWh a year,” he said.

The Powerhub is a platform for managing storage, generation, and microgrids. Tesla’s Microgrid Controller, on the other hand, is software designed to autonomously maintain grid stability and minimize costs by controlling energy assets.

Tesla Megapack system in Victoria gets closer to grid connection