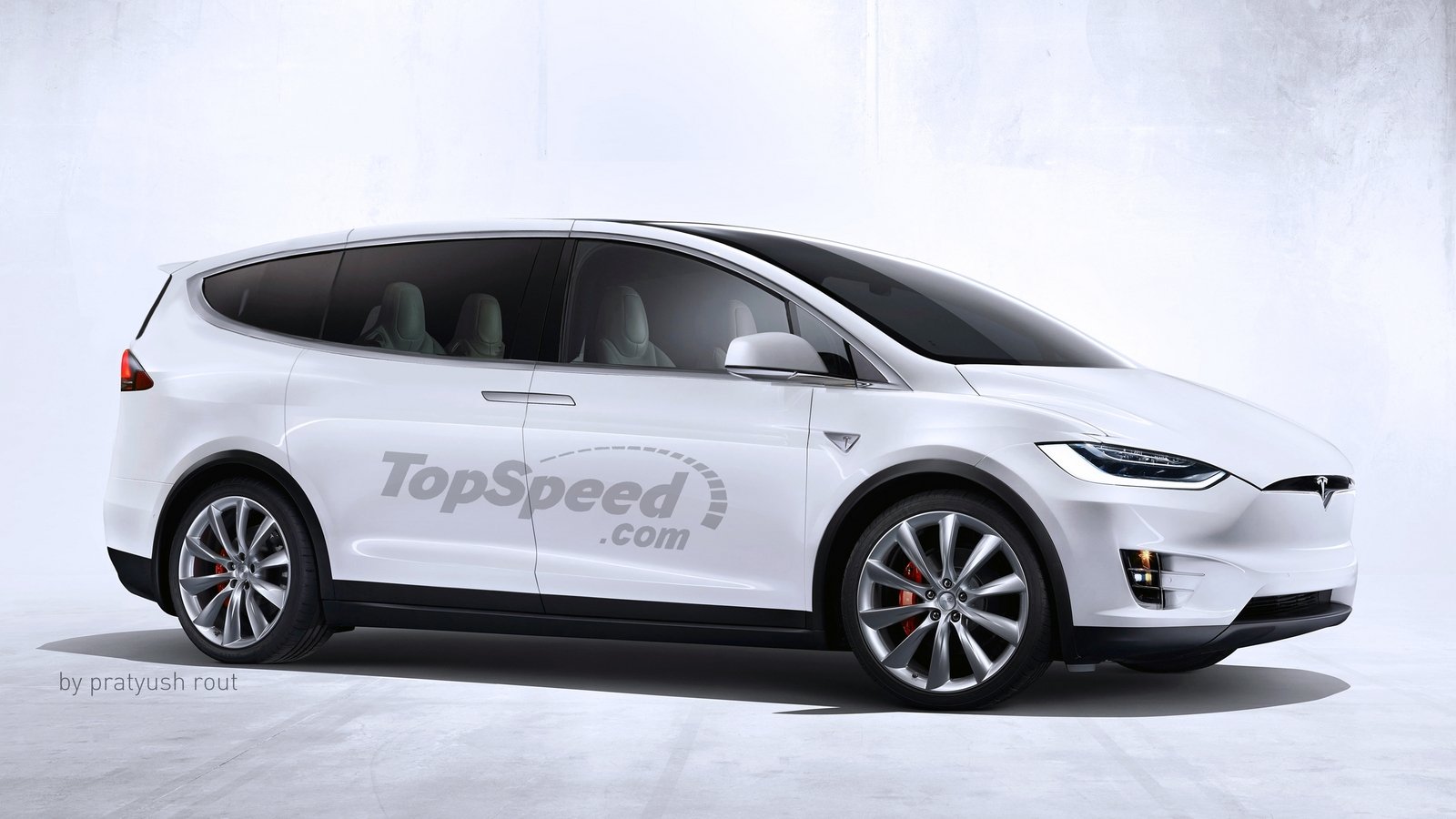 Tesla revealed its grand vision to become the transportation solution for the broader market when it published the sequel to its master plan. With plans to reveal the Model Y – Tesla’s compact SUV built on top of the Model 3 chassis – and a minibus derived from the Model X, the company will complete CEO Elon Musk’s laser-focused mission to bring S-E-X-Y back through its burgeoning fleet of electric vehicles.

However, one segment that wasn’t discussed in its master plan was the availability of a minivan. That’s right. A Tesla Minivan. With minivan sales in the U.S. surpassing 500k units in 2015, Tesla has the opportunity to tap into yet another automotive segment.

The folks at TopSpeed bring to us a fantastic rendition of a Tesla Minivan that captures a design essence the Silicon Valley automaker is known for. The ubiquitous sliding doors often associated with minivans are brought back except these will be Teslafied. TopSpeed imagines a mechanism whereby support tracks for the doors would be hidden within the interior door panel. A narrow section of the door panel would arch open when opening the doors, revealing a track that runs along a hinge hidden in the C-pillar.

The TopSpeed-imagined Tesla Minivan will be a people carrier and thus designed for maximum passenger room. A-pillars would be slid forward creating a more expansive interior. Like the Model X, the minivan will have room for seven passengers in a traditional 2+2+3 minivan seating arrangement: bench seat in the rear and two captains chairs in the second row. Hauling groceries and the kids to soccer will come by way of Tesla’s dual motor all-wheel drive electric drivetrain borrowed from the Model X. With Tesla’s recent announcement that it has produced a long-range 100 kWh battery for the world’s fastest accelerating production car, expect its minivan to be quick and have at least 315 miles of range per single charge. The vehicle would also be adorned with a vast array of interior amenities. And yes, there will be cupholders.

Well, there you have it. A Tesla Minivan, Love it or hate, the minivan market is real. Though not as thriving as it was in years past, it’s still a segment that Tesla may eventually see a need for electrification.