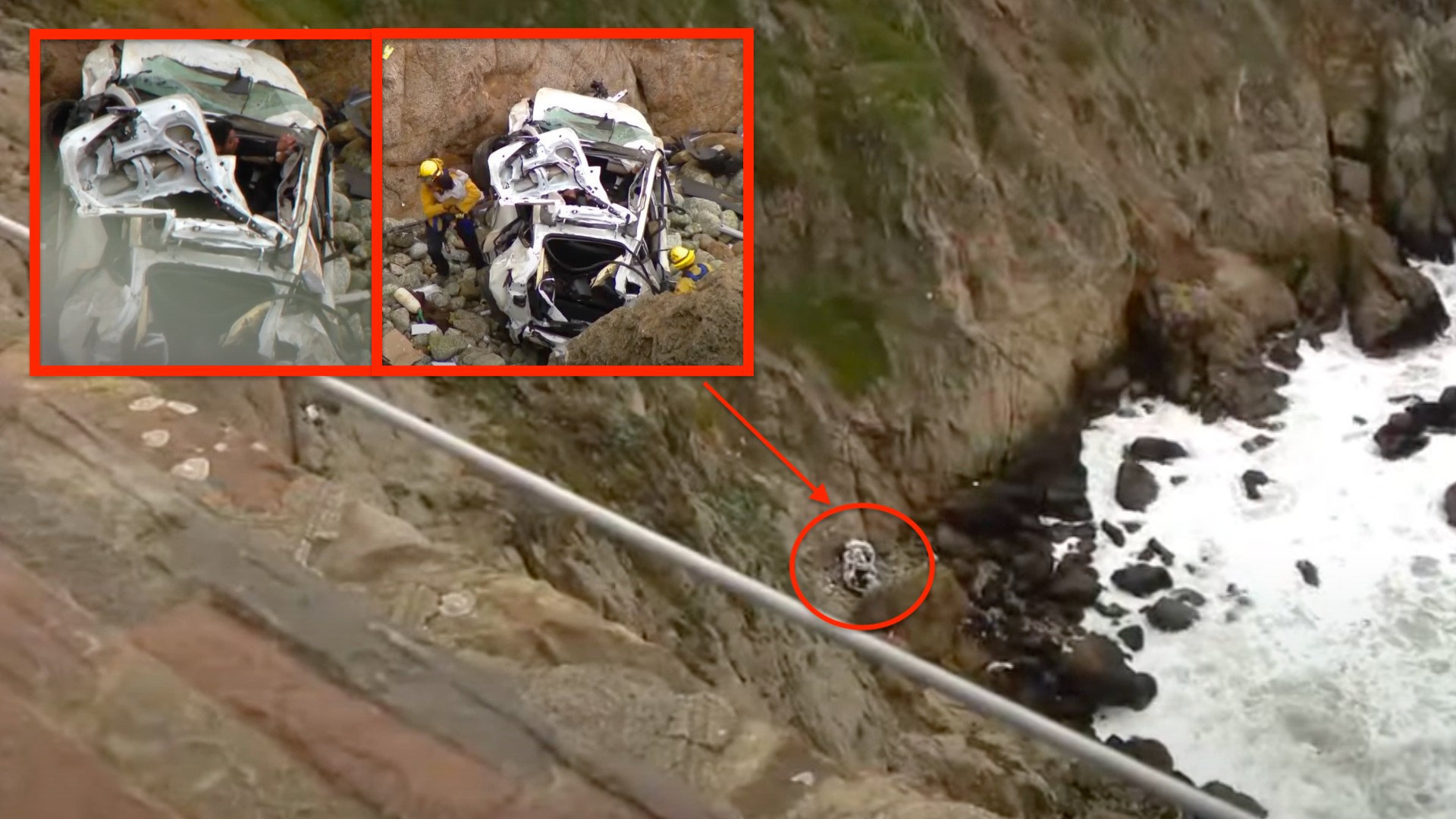 A family of four inside a white Tesla was rescued after their all-electric vehicle fell about 250 feet off a cliff at Devil’s Slide, California. Considering the factors surrounding the accident, the survival of all the Tesla’s occupants has been dubbed by rescuers as “nothing short of a miracle.”

The incident happened at about 10:50 a.m. PST on Monday. As per the California Highway Patrol and Cal Fire, the all-electric vehicle went off the roadway and plunged down into a cliff on Highway 1, just south of the Tom Lantos Tunnel. The vehicle was carrying two adults and two children.

The state of the Tesla’s wreckage initially did not make rescuers very optimistic about the survival of the electric car’s occupants. But upon realizing that the vehicle’s passengers were alive, the rescuers went into overdrive, extricating two children — a nine-year-old boy and his four-year-old sister — immediately. The children’s injuries were described as mild to moderate.

The car (white Tesla) had four people inside. We’re told 2 adults, 2 kids.
All four rescued and taken to the hospital with injuries.
Calfire says the fact that they were rescued alive “is a miracle.”(2) pic.twitter.com/2RjhJwDhBe

The two adults’ injuries were more notable, and thus, they were airlifted from the site of the accident using multiple helicopters. It was a difficult rescue, conducted in bad weather and in challenging terrain. But despite the helicopters being at risk themselves, rescuers were able to extricate the two adults inside the Tesla safely. The two adults were rushed to a trauma center, where they are currently recovering. Their injuries have been described as critical.

Battalion Chief Brian Pottenger later told the media that the results of the accident were quite remarkable. “We come out here, unfortunately, all too often for things like this. And this, this was nothing short of a miracle that they survived,” Pottenger said.

Robin Johnson, a witness to the accident who called 911, shared to NBC Bay Area that the all-electric vehicle seemed to be driving far too fast, at least according to what she could tell from her rearview mirror. Johnson noted that she saw the Tesla just go over the edge of the road and straight down the cliff.

“As I’m driving by, I’m like, ‘Wow, he’s driving extremely fast to take that exit. You’re not even supposed to be going up that way. And I can see in my rear-view mirror this car that just go over the edge and straight down,” Johnson said.

Watch videos of the accident’s aftermath below.