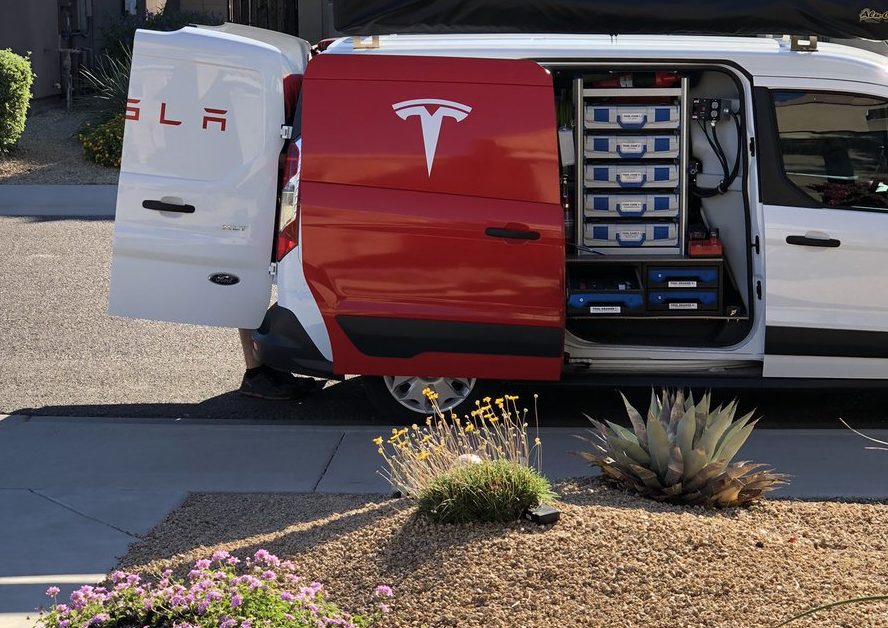 Earlier this year, Elon Musk noted that Tesla owners would be able to request service for their vehicles through their smartphones. During his announcements then, Musk stated that the higher operating costs of the smartphone-based service requests would be “worth doing” for the company, considering that it would result in better “owner happiness.”

A recent set of tweets from Elon Musk provided a number of additional details for the company’s upcoming mobile app-based service request system. For one, Musk stated that the company is “adding functionality to the Tesla phone app allowing owners to request service for top issues” with just one or two taps. With such a system in place, owners of Tesla’s electric cars would soon be able to request service in a manner that is convenient and quick.

Musk further noted that in the event of a breakdown or accident (assuming that there are no injuries, of course), Tesla Service would arrive at the scene with a top-of-the-line loaner vehicle that’s ready for use. While a vehicle is being repaired, Tesla could also push data to the mobile app that would allow owners to view updates on the progress of their electric cars’ diagnosis.

Yeah, good idea. We have that state internally, so can push data to phone app.

With the ongoing production ramp of the Model 3, Tesla is now at a point where the size of its fleet is bound to get larger over the coming quarters and years. The release of high-volume vehicles like the Model Y, and possibly even the Tesla pickup truck, as well as the arrival of other vehicles like the Tesla Roadster and the Tesla Semi, would all but increase the number of the company’s electric cars on the road.

The increasing number of Tesla electric cars highlight the need to deploy a service system that can handle the needs and demands of a large fleet. Tesla is already preparing for such a scenario by improving its service capabilities, such as the launch of in-house body shops that are capable of conducting minor bodywork repair, as well as the ramp of its mobile service vehicles. Tesla mentioned these improvements specifically in the company’s Q3 2018 Update Letter.

“We expect our Services and Other business to continue to grow mainly due to used car sales volumes. We will increase investment in our service infrastructure in North America through (the) deployment of new service locations and additional mobile service vehicles.”

Tesla’s Support Page notes that Roadside Assistance services are offered to owners as a way to “minimize inconvenience” in the event that a vehicle becomes inoperable. The service, which is available 24/7, is provided for the first four years of ownership, or 50,000 miles. Depending on the car, additional coverage for the battery and drive unit are also offered with a separate policy for 8 years or 125,000 miles, or 8 years and unlimited miles.

Tesla stands as one of the carmakers in the market today with a high Net Promoter Score. IndexNPS, which tracks the NPS scores of companies, notes that Tesla’s score of 96 is higher than legacy carmakers like Porsche, Audi, Toyota, Subaru, Honda, Hyundai and GMC, whose scores range between 73 and 84. One of the reasons behind these is the company’s proactive approach to improving its services, as evidenced by the expansion of its mobile service fleet, as well as its mobile app’s upcoming capability to conduct service requests.