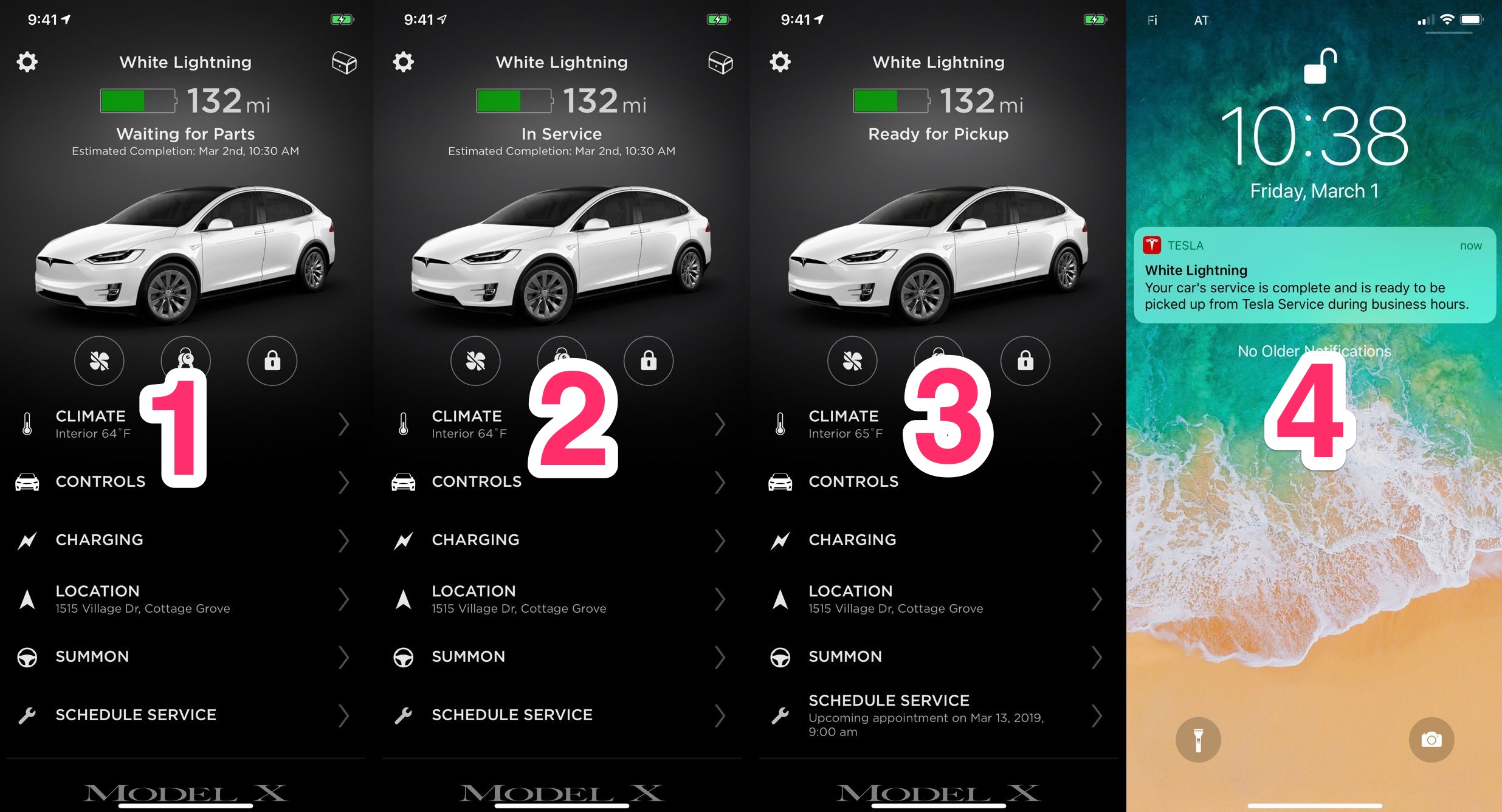 As part of Tesla’s continued efforts to improve its customers’ ownership experience, the electric car maker is launching a new feature on its mobile app that lets owners see live updates about their vehicles while they are in service.

The mobile app will indicate the status of the vehicle being serviced, with “waiting for parts,” “in service,” and “ready for pickup” indicators. Tesla owners will also be informed with an estimated time and date of completion for their service appointment. A notification will be pushed informing owners that their Model S, X, or Model 3 is ready to be picked up when service is completed.

This new mobile app feature provides Tesla owners with a clear, almost behind-the-scenes look at the work being done on their vehicle. Having up-to-date information about the progress of the work being done on their electric cars will also help Model S, Model X, and Model 3 owners get some peace of mind, as they will know that active efforts are underway to address their vehicles’ needs.

In a blog post, Tesla noted that it is increasing its investment in its service system, and that it is working on improving its services until such time that it can deliver same-day, if not same-hour service. The company also notes most service will be done “by us coming to you, rather than you coming to us.” Tesla further guaranteed owners that there will be ample service availability in any country in which it operates.

Tesla has rolled out improvements to its service network over the past year. For example, the company started opening in-house body shops in select locations in the United States. Further improvements such as live issue detection while vehicles are in operation have also been hinted at by the CEO. Musk also iterated during the fourth quarter earnings call that Tesla is focusing on increasing its Mobile Service fleet, which allows the company to conduct maintenance and basic repairs in the comforts of an owner’s home or office.

It should be noted that these new live, mobile app-based service status updates sets a high bar for Tesla, as owners will most definitely not appreciate seeing their vehicles stuck with a status like in “waiting for parts” for a long time. Considering that Tesla’s fleet is expected to grow significantly with the introduction of the $35,000 Model 3, the company will have to put a lot of effort in ensuring that its vehicles can get the necessary support from a service network that is both robust and efficient.