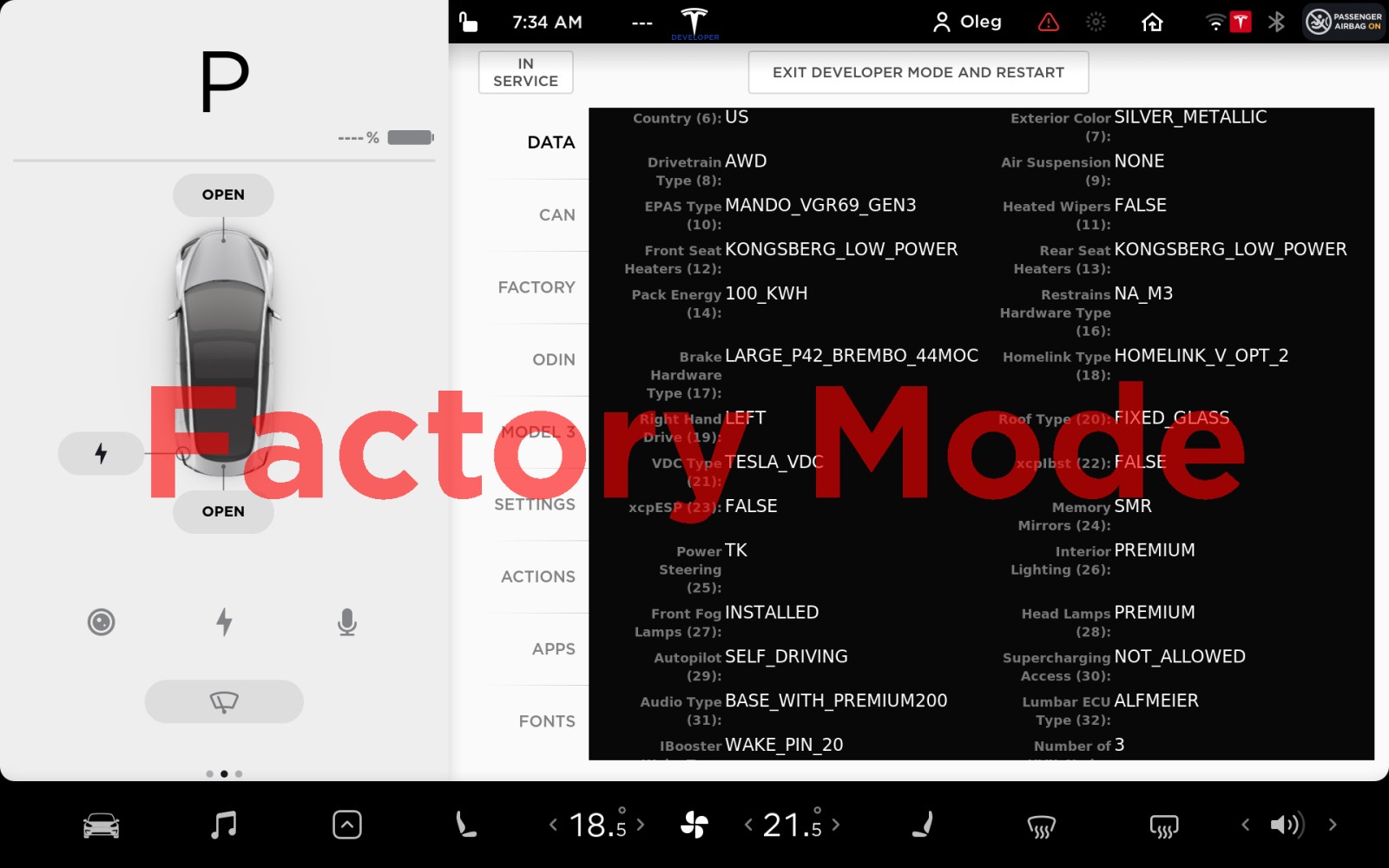 Tesla may have equipped a few of its Model 3 vehicles with 100-kilowatt-hour battery packs, giving the all-electric sedans over 400 miles of range.

The latest discovery, made by Tesla hacker-enthusiast @Zeus7f1 in the vehicle’s diagnostic screen known as ‘Factory Mode,’ further validates the rumors that Tesla had plans to include its largest 100 kWh battery pack and Ludicrous mode to its most affordable car to date.

I know they exist. Was hoping to get direct access to one soon, but it looks like you beat me to it 😉

The introduction of a 100 kWh battery in the Model 3, making for a 400-mile affordable mass-market sedan, would be a significant move for Tesla and likely wouldn’t happen until the company’s flagship Model S and Model X undergo a refresh. With Model S holding the record for the longest-range production electric vehicle on the market at 402 EPA-rated miles, Tesla would want to maintain as much gap in both performance and range between its higher-priced Model S luxury sedan and affordable Model 3, which is currently rated at 322 miles of range.

It would undeniably be interesting to see the capabilities of the Model 3, and even Model Y, when fitted with the same 100 kWh battery pack Tesla has used in its Performance Model S and famed P100D. Beyond the boost in driving range to above 400 miles per single charge, a Ludicrous-enabled Model 3 would yield the quickest 0-60 MPH time among its siblings.

The Model 3’s mass-market appeal, thanks to its reasonably priced options could give some consumers that are on a stricter budget the opportunity to own one of the fastest cars in Tesla’s lineup. While the Model S P100D and Performance Raven are largely considered to be Tesla’s fastest vehicles ever, a ‘Big battery’ Model 3 could rival the performance of the two lightning-fast sedans that came before it.