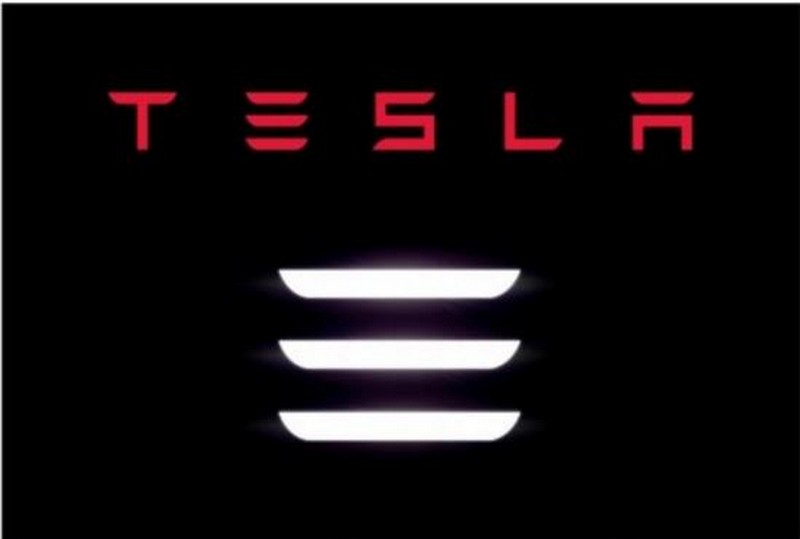 As I’ve mentioned before, I started fantasizing about attending this event long before we knew invites would come by way of a lottery system. I stashed my little fantasy football championship winnings to help soften the blow of last minute airfare in case of a miracle. That miracle happened and the significance of it all is really starting to sink in.

What it means to Tesla

Thursday’s event will be the start of Tesla’s next chapter; their most important one yet. That is, developing a compelling and affordable long range EV. Tesla’s secret master plan, which shows a publication date of nearly 10 years ago, boils down to:

This is finally it. Their moment in the spotlight is finally coming. Their mass-market car will be shown to the world, live on the internet, to the joy of enthusiasts and pain of (I presume) auto and oil execs everywhere. Once unveiled, the clock starts ticking. Tesla has but one shot to get it right. That not only means building a compelling car, which I have no doubt they will, but producing it efficiently, with a high level of quality, on time and within their promised price point. They will have to ramp up production in a manner not yet seen in automotive history, communicate at a caliber far beyond their corporate age, and figure out how to do it all while still continuing their current miracles of pushing out two of the best vehicles money can buy while simultaneously building a charging infrastructure from scratch. That was a mouthful to say so imagine what it really means for Tesla to do.

What it means to the world

Never before have we seen such a frenzied environment surrounding the ability to pay $1,000 for a place in line to buy a car that won’t even exist for 18-24 months. I’ve known of people reserving vehicles or being put on a waiting list for a future offering, such as the Hummer H2. I’ve also known scores of people who know of and await the coming of a future car model, if only to admire it. But again, we’ve never seen anything like this. I can say that before even knowing the magnitude of “this” because I, like Steve Hanley, think we will see 100,000 reservations by the end of April 1st. We’ll know the number eventually, and thus start to truly appreciate the magnitude. Here’s the thing though, Tesla’s goal was never to rule the world or be the biggest or best or most profitable automaker in the world. In fact, their mission is quite simple:

To accelerate the advent of sustainable transport by bringing compelling mass market electric cars to market as soon as possible.

Without the Model 3 even being seen yet, Tesla is already well on their way to achieving that mission. Everyone and their mother is putting out an EV, compliance car or otherwise, and we all know this little “insignificant” start up from California is a primary reason. People are starting to get it. The P85D YouTube videos went viral immediately and even the most critical gear heads can’t deny the awesomeness of that kind of acceleration. Lawmakers are starting to get it, in some cases, and are enacting laws to protect charging spaces, give parking or tax incentives or access to HOV lanes. The press is starting to get it. Most of what I come across about Tesla these days is positive. A change is coming and it will be huge. An increase in the expectation of car quality, efficiency and dealership experience will force change in the industry. A decrease of the use of gasoline could lead to political, economic and environmental changes. The implications of electrification of cars are larger than we can even imagine at this point. How many current Tesla owners invested in home solar panels after getting the car that would not have otherwise thought of doing so? How many future owners will do the same? How many new jobs can come from an increased demand in green energy? The Tesla Model 3 means exponentially more to the world than just what it as a car can offer. 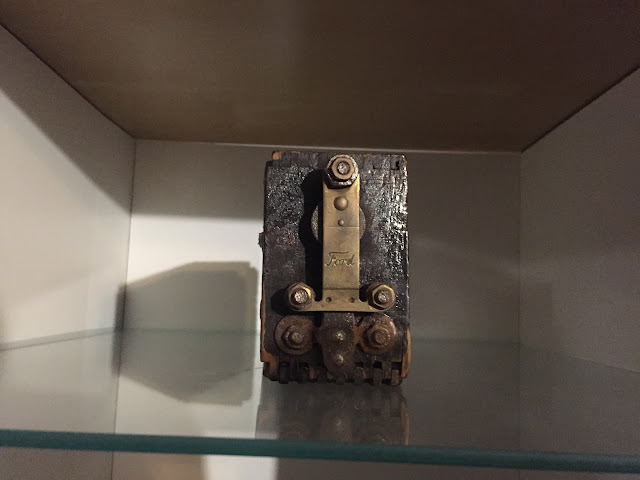 What it means to the United States

A certain mogul turned reality star turned presidential candidate likes to claim that we don’t win anymore. When it comes to the auto industry, it’s sort of true. Credit where credit is due (Ford especially) but the past few decades have seen our dominance in the industry threatened, if not decimated. Tesla is a force to be reckoned with and people across the globe are clamoring for this American car. I’ll repeat that – there is world wide demand for a car designed and built right here in the United States. Apple, should they get in the game, is also an American company. Google is too. We could be on the verge of another major shift, in that America could become the country to beat in the car game. And the Gigafactory? Thousands of jobs. A second (or third or fourth) factory elsewhere in the states would mean thousands more. More competition in the world of autonomous driving could also shape the landscape of the way our cities and people move. Again, the implications are huge and almost certainly unknown at this point, and it all rests in the hands of a successful Model 3. 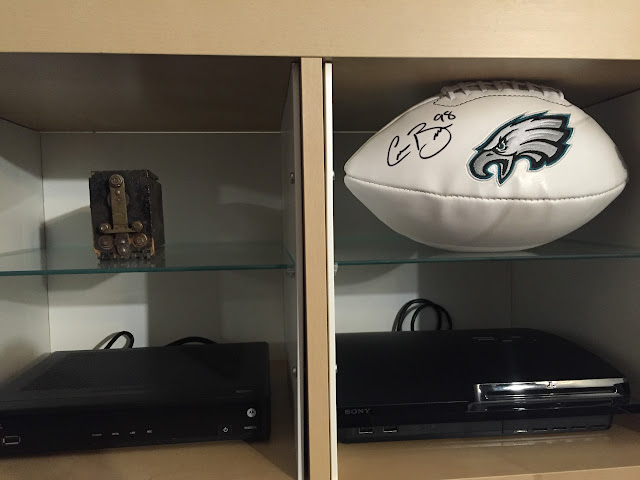 Displayed next to a football signed by Connor Barwin, Philadelphia Eagle, environmentalist and Tesla owner.

What it means to me

I’ve loved cars my whole life. My first dream car was a mid 90s Dodge Intrepid. (“4.5 liter 32 valve engine”, I used to repeat to anyone who would listen.) Mine was going to be neon green with tinted windows that had rainbow sparkles. The first car I designed myself was named the Chinchilla and had a “computer” that would give you directions. The first Supercar I remember reading about in Car and Driver was the Vector Avtech, which until searching it just now, I remember as being named Antech. (Google also informed me I was 9 when it appeared at the Geneva Auto show.) A favorite memory of my late father was him taking my arm and walking me away when, at 22, my eyes widened upon the site of a t-tops Firebird at a used car lot. (I’ll admit that he was right. For my $2200 budget, that dinky 1998 Ford Escort ZX2 coupe was perfect.)

I am now fully submerged in the Tesla Kool-Aid in that I believe the Model 3 will be as significant to the history of automobiles as the Model T. Knowing that I will be there, in person to witness the unveiling, is a privilege that I will cherish for the rest of my life. In fact, it’s no accident that when someone gave me a wooden piece that belonged to a Model T’s battery system, I immediately found a prominent place to display it in my home. I’m a car nerd that has evolved into an EV nerd and can hardly put into words my excitement about being a part of history. Not just as an attendee on Thursday night but as an early Tesla owner. Yes, I realize my 2014 Model S is not considered early to this crowd, but in 30 years any Model S, Model X and even Model 3 owner will be considered an early adopter of EV technology. I will wear as a badge of honor the story of that time I got to witness history unfold before my eyes.

On a more personal level, this event also means a lot to me. I am now connected to, and greatly enriched by, every single person who has read my posts, commented, reached out to arrange to get together and even offered to pick me up from LAX. I’ve sipped tea with wonderful people, shared meals with owners’ families, spoken to curious school children and immensely enjoyed every single interaction – both online and in person – with fellow owners and enthusiasts. While Tesla in general and Model S ownership specifically has contributed to this more than the Model 3 event itself, this event is an extension of it all, a pathway to Tesla’s survival and thus the survival of this community that has taken me in and given me a voice. 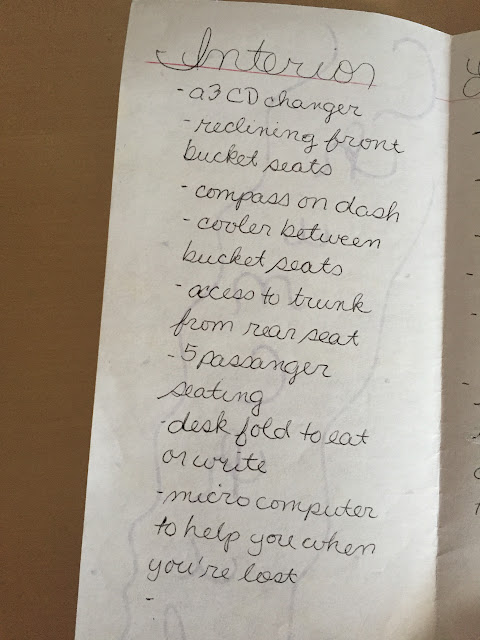 Some of the features of my “Chinchilla” concept car.