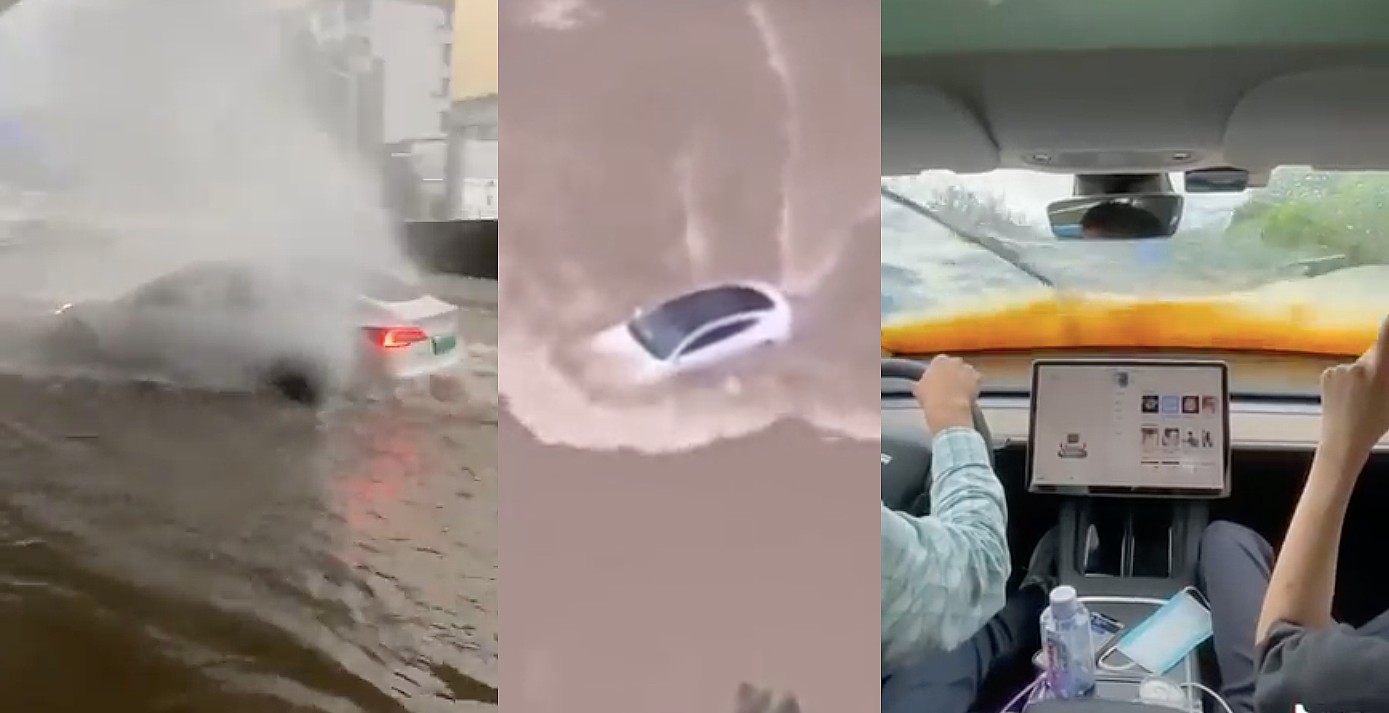 Any driver who has ever encountered floods knows just how unnerving the experience could be. Those who have driven a manual car through a flooded road would likely remember how tricky it was to balance the throttle on second gear to ensure that water does not enter the exhaust pipe. Those who have driven older automatic cars would likely remember how cautious they had to drive to avoid water getting on the computer box.

Mistakes when wading through water could cause a car to stall. And in a flood, stalling means trouble. Lots and lots of trouble.

The recent rains in China have shown scenes of vehicles stranded in the middle of flooded streets. Such sights are not uncommon in the country, or any other place in the Asian region for that matter. In places that are visited by dozens of hurricanes or typhoons every year, seeing cars stalled due to floodwaters is not anything new. What is new is seeing a breed of vehicles that could brave the waters without stalling.

What’s amazing is that these vehicles are not massive, modified SUVs fitted with snorkels and all-terrain wheels. They’re sleek, Tesla Model 3 sedans — low on the ground, armed to the teeth with tech, and unashamedly all-electric. This has caused some social media users to dub Teslas’ capability to handle flooded streets as “Boat Mode,” in lieu of their remarkable ability to wade through water and Elon Musk’s previous comments on Twitter.

Videos of “Boat Mode” Tesla Model 3s have garnered quite a number of views on social media platforms over the past few days. The clips of the all-electric vehicle typically showed the MIC Model 3 taking on the country’s floods and surviving, while other cars on the roads were stranded. This was most evident in a video from China’s Henan province, which showed a Model 3 seemingly going full throttle in deep floodwaters.

The short clip was impressive, especially as the vehicle arguably looked very cool as it attacked the flooded street aggressively. Later reports of the incident revealed the harrowing past behind the clip. As per local reports, the Model 3 in the clip was actually coming out of a flooded tunnel where some vehicles were already trapped. This suggested that the driver was likely pushing the Model 3 through the waters out of fear.

Other videos of Tesla’s unofficial “Boat Mode” in action featured a Made-in-China Model 3 wading through a flooded highway with absolutely no issues. The video was short as well, but it showed that the all-electric sedan was functioning just fine as it overtook cars in the middle of a flood. Another video was even more shocking, as it reportedly showed the all-electric sedan fording through some heavily flooded streets in Zheng Zhou City.

Being made in a country that typically experiences floods on a regular basis, Tesla China’s Model 3s are built with water wading capabilities in mind. This is highlighted in Gigafactory Shanghai’s simulator for flooded roads, which is used on both the Model 3 and the Model Y.