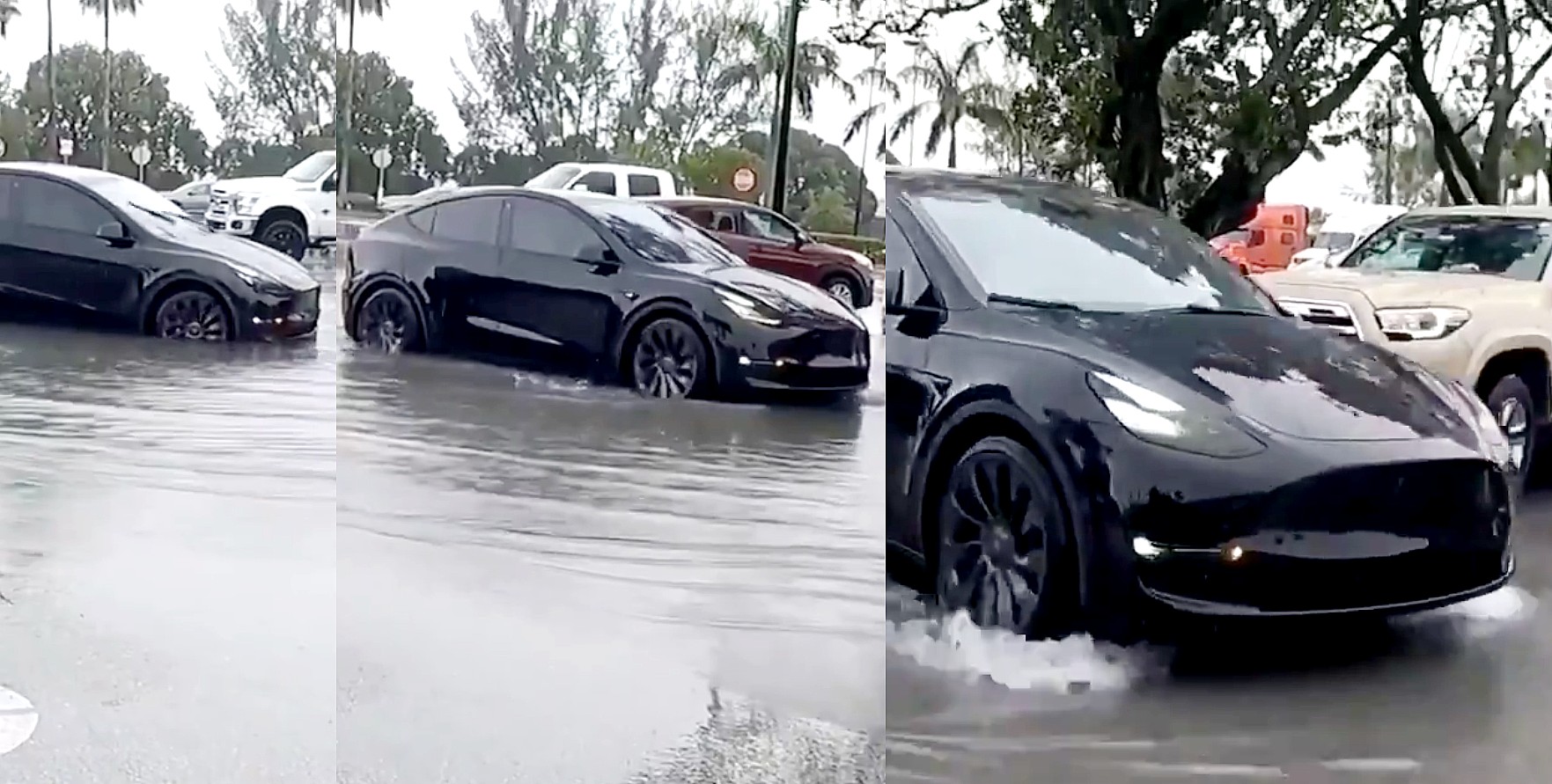 One of the most interesting things about Tesla’s evolving Full Self-Driving features is the fact that the functions are steadily getting better over time. Thanks to these improvements, a function like Smart Summon, which is considered by some as more of a party trick than a usable feature, could easily become something incredibly practical and convenient. This was the case, at least, for a Model Y owner in Miami Beach, Florida.

Tesla owner Raul M was out when he was caught in the rain. The rain lasted about an hour, and by the time he headed to his Model Y, he realized that the section of the parking lot where his vehicle was parked at was already flooded. Normally, such a scenario would result in car owners getting their shoes completely soaked while making their way to their vehicles. Fortunately for the Tesla owner, the Model Y was equipped with Full Self-Driving features, and in turn, Smart Summon.

As could be seen in a short video taken by the Tesla owner, Smart Summon was able to navigate over the floodwaters and head towards its driver without any issues. Interestingly enough, the Smart Summon sequence only took a short time, as the Model Y’s movements were quick, relatively smooth, and almost precise. Raul M related the experience in an Instagram post.

“So it rained for like an hour and when I finally was able to go the my car I realized that it was in a flooded area. I remembered about the Smart Summon and put it to work. It did a really good job better than expected,” he wrote.

Tesla’s Smart Summon was released with Software Version 10 over a year ago, and since then, the electric car maker has been refining the Full Self-Driving feature consistently. This was likely the reason why the Smart Summon sequence in the Model Y owner’s video was notably smoother than, say, videos of the feature in action when it was initially released last year.

What is rather remarkable is that even at its current state, Smart Summon is still in its infancy. Granted, the Model Y owner’s video shows that the feature is getting smoother and more competent over time, but it should be noted that the function is still running a version of Tesla’s FSD suite that does not utilize the upcoming Autopilot rewrite that Elon Musk has been teasing on Twitter.

According to the CEO, the performance of Tesla’s Autopilot and FSD features should see notable improvements once the rewrite gets released publicly. And when that happens, even relatively minor features like Smart Summon should become even more useful, becoming far beyond what critics could consider as a simple party trick. Perhaps, sooner than expected, Tesla owners can perform long-distance Summon sequences, just as hinted at by Elon Musk.