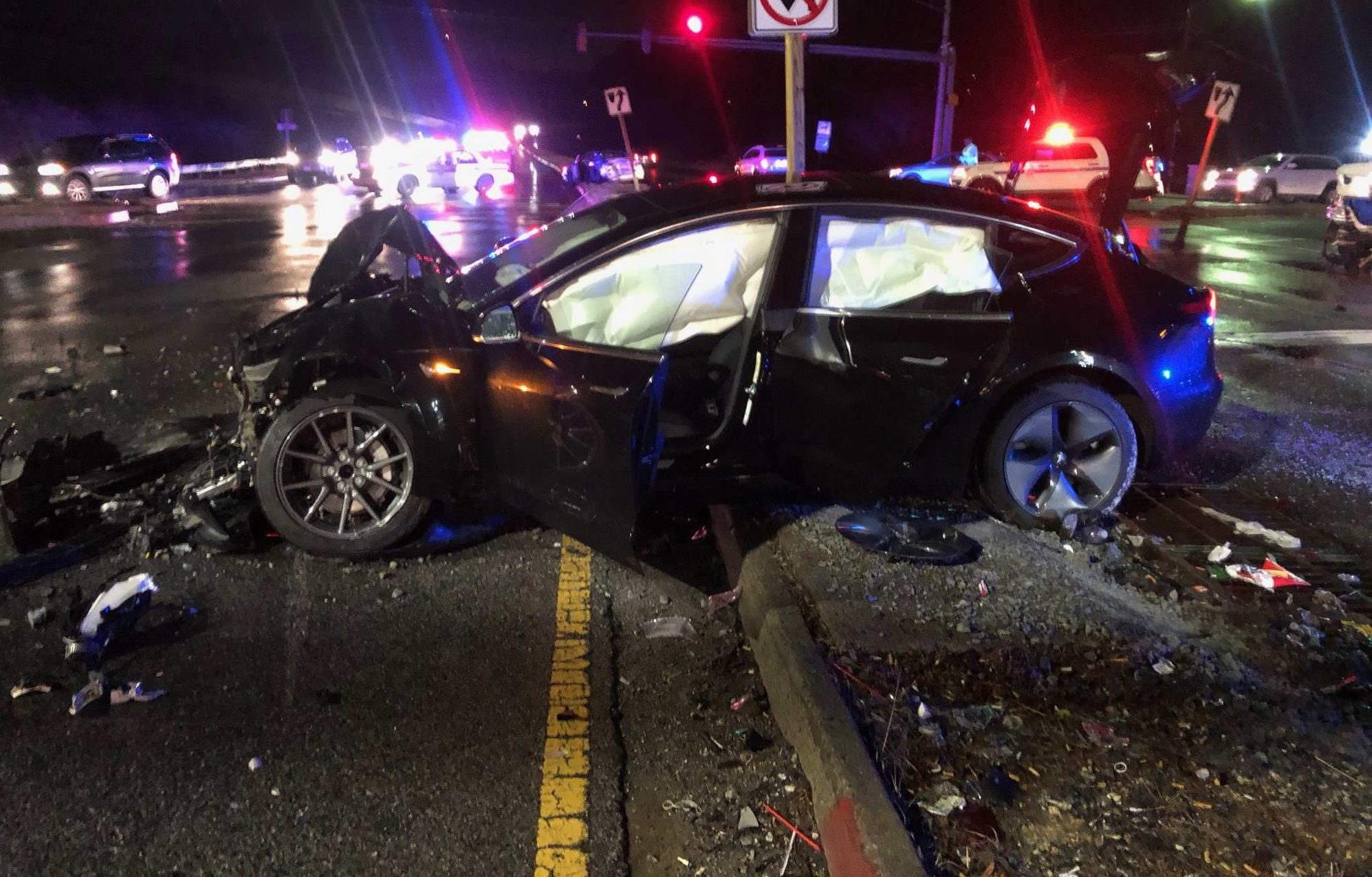 A Tesla Model 3 owner recently provided some insights on the compact electric sedan’s safety features after crashing the vehicle into a stopped car at 60 mph. While the entire front of the Model 3 was totaled during the collision, the owner of the Tesla stated that the electric car was able to protect him and his passenger admirably.

The Tesla owner shared images of his crashed Model 3 with the online community at r/TeslaMotors subreddit. While the driver of the vehicle stated that he needs to straighten things out with his insurance provider before providing more details on the accident, the Tesla enthusiast did share some useful insights on what happens inside the Model 3’s cabin during a major collision.

According to the Model 3 owner, the accident he was involved in was very serious, to the point where paramedics noted that he would not have made it out of the collision had he been in a vehicle that was less safe than the electric car. As could be seen from photos of the totaled Model 3, the car’s entire front was completely destroyed, but its cabin was still intact.

“Everyone from the paramedics to the tow truck driver said that people don’t usually walk away from this. Had this been a regular ICE vehicle, I would be dead or in a lot worse condition.”

If there was one thing that the Model 3 driver had comments on, however, it was on the 15-inch central touchscreen of the electric car. Describing the accident to members of the online community, the driver stated that the glass on the touchscreen shattered during the collision, which caused a gash on the arm of his passenger.

Apart from this, the driver stated that he had a difficult time accessing the vehicle’s title and insurance after the incident due to the glove box’s controls being on the central touchscreen of the electric car. With the display shattered, accessing the glove box proved challenging. 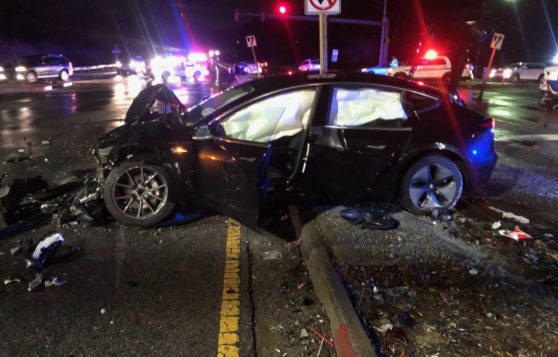 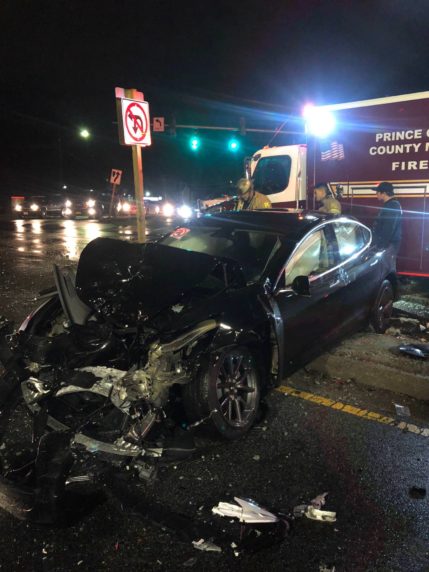 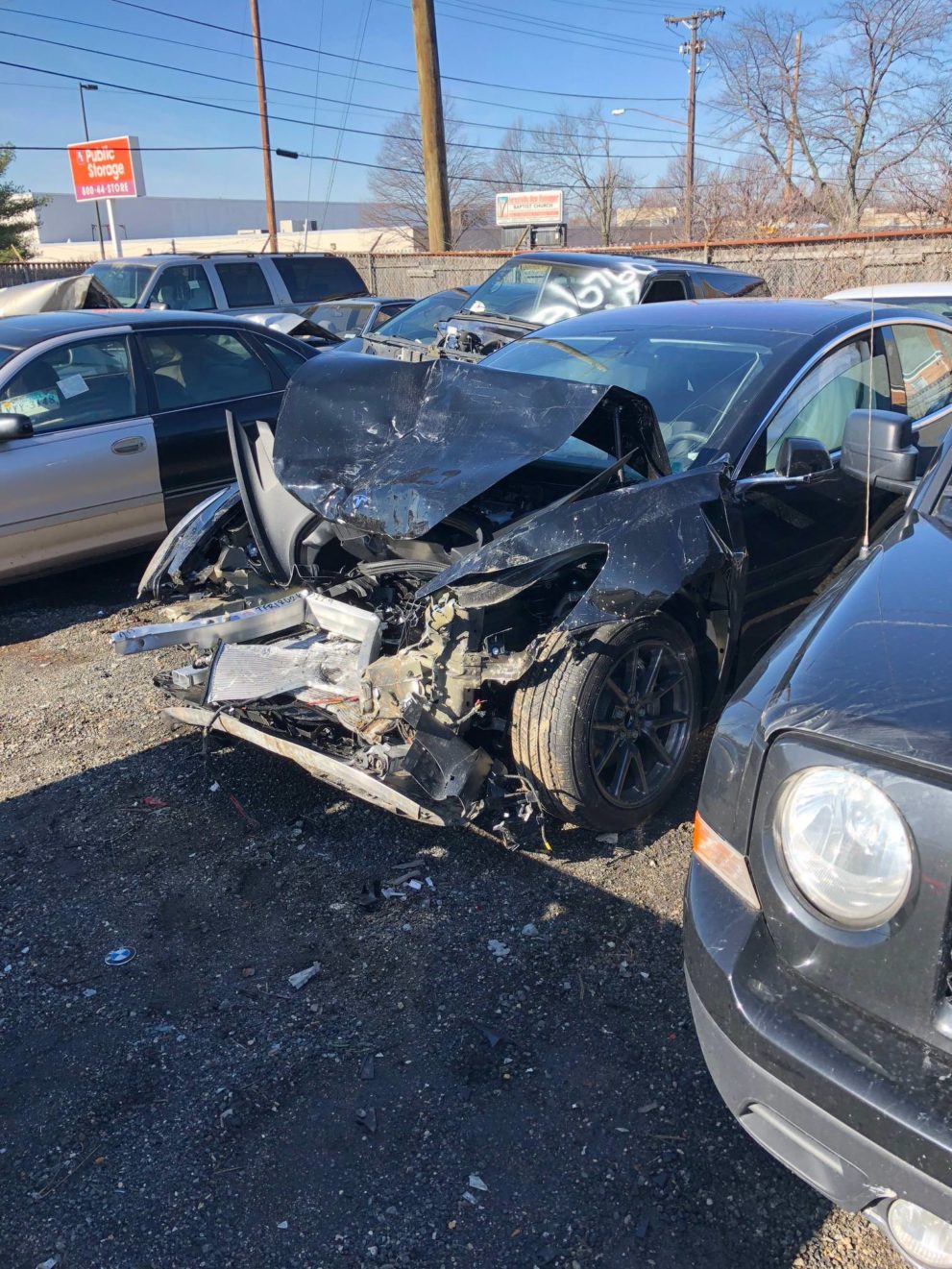 Despite these inconveniences, however, the Tesla owner stated that he was incredibly impressed with how the Model 3 handled the collision. The driver further stated that he had already put in another reservation for the electric car.

The recent Model 3 collision proves once more that Tesla’s vehicles are some of the safest cars on the road. As we mentioned in a previous report, the Tesla Model X recently proved its 5-star safety rating after getting into an accident with a car that ran a red light at high speed. While the Model X’s front end was damaged due to the incident, the driver of the vehicle was able to exit the car safely without any injuries.